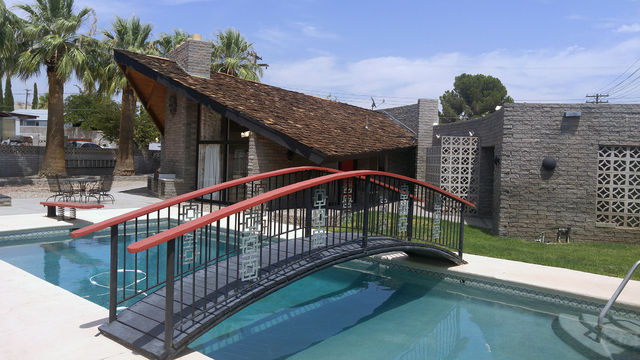 The house at 541 Avenue M is garnering a lot of attention as it goes back on the market because of its architectural style, featuring designs by Frank Lloyd Wright. Hunter Terry/Boulder City Review 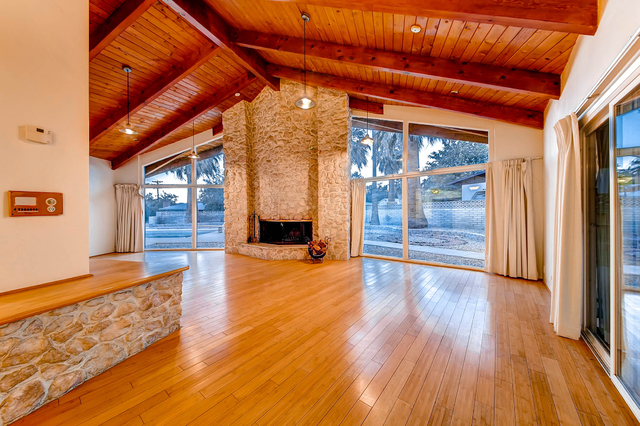 The fireplace in the living room of the home 541 Avenue M stands nearly 25 feet high and is made of rose quartz from mines in Northern Nevada. Courtesy photo 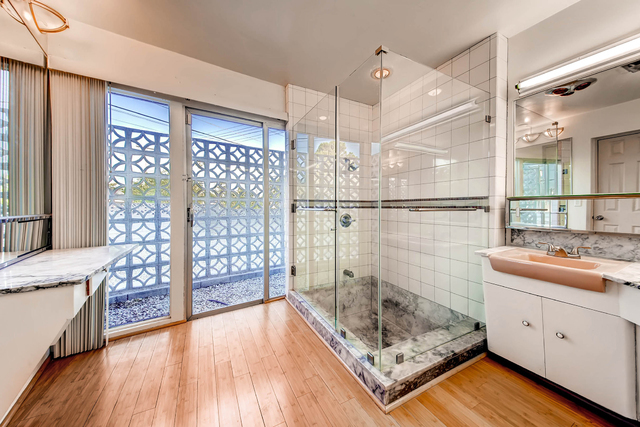 The bathrooms in the home at 541 Avenue M feature marble that came from the original Clark County courthouse. Courtesy photo 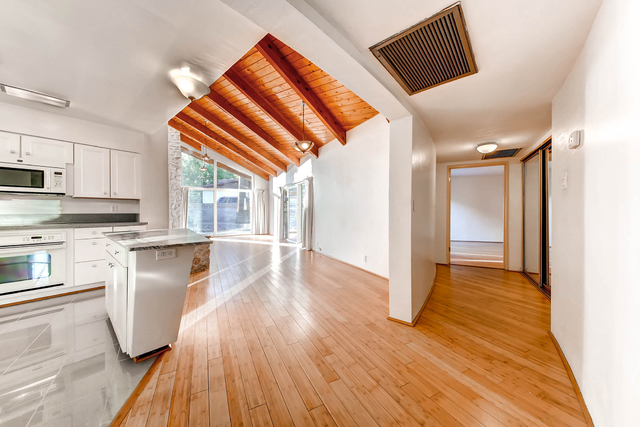 The architectural designs of Frank Lloyd Wright are known around the world and can be seen in cities across the United States, including in Boulder City, where one such house is garnering a lot of attention.

Back on the market for the first time in two decades, the home at 541 Avenue M contains many features that are among Wrights signature elements, including cavernous open spaces, Mission style lights, numerous glass walls for natural light and very few square corners.

The current owner, Todd Shields, bought the home in the mid-1990s after moving from Sacramento to Boulder City with his family in 1995. Initially, they could not seem to find the right place to call home and, after a fruitless search, the Shields decided to rent a place while they settled in to the town.

After school one day, Shields son Clinton came home excited about finding the perfect place. According to the fifth-grade student, after discovering it, he had climbed the wall and wandered around, telling his father it was the coolest place, like a castle.

Little did Clinton know, his castle, with its vaulted ceilings and curved walls, was in fact a home featuring the designs of Wright, the renowned architect of such landmarks as Fallingwater in Pennsylvania and the Guggenheim Museum in New York City.

Even though the home did not have the three bedrooms that the family had been looking for, Shields was enthralled with the building and decided that, with a little work, the house could be perfect.

It was only a two bedroom (home) when we purchased the house, so it was a little smaller than what we were looking for, Shields said. But it had a great family room, so we brought in a bed and installed a closet. It was the perfect place to raise the kids.

But life happens, and for the Shieldses that meant the kids growing up and moving out, as well as work that has had him out of state and overseas for much of the past decade. After five or six years of renting the property out, he decided it was time to move on and let another family fall in love with the unique building.

Don McHenry, who was 14 when his father bought the property and built the home, has similarly fond memories of coming of age in the house he helped his father construct.

It was the perfect place to grow up in high school, said McHenry, who now lives on Whidbey Island on the Puget Sound in Washington. All the space, with the private walls and the big pool and yard, we had some of the best parties.

McHenrys uncle, Harry Thompson, who was also the architect of the building, had studied under Wright at Arizona State University, and when the McHenrys bought the property in 1960 he brought those concepts to life as he designed their dream home.

I remember we all sat around the table as a family looking at the designs and them asking me where I wanted my room, McHenry said. My mom got to include some of the Polynesian elements she loved; we all had input.

The property was originally three lots bundled together on that corner and it had a giant hole in the ground where the previous owner was going to build a basement, but never did, McHenry said. It was the early 60s and, at that time people were still very worried about nuclear war, so for a long time my family debated whether that hole should be a pool or a bomb shelter. I was so happy when they went with the pool.