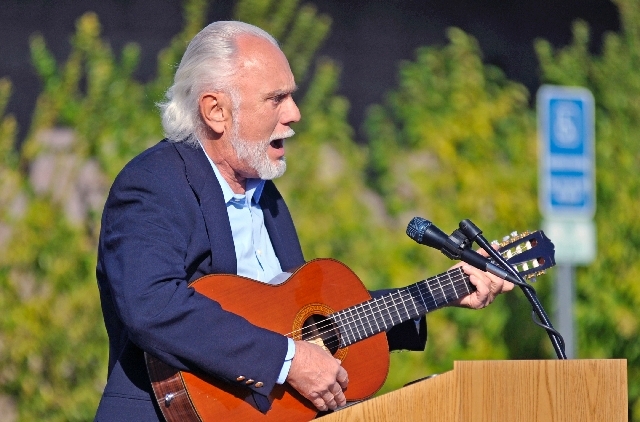 After his last production, a 1950s-themed concert in October, the local concert promoter who has produced concerts in Boulder City for more than 10 years, decided to quit.

“It was not a smart thing for me to do those bigger shows,” he said. “I thought I was going to die after that last ’50s show,” said Esser, who also works as the St. Andrew Catholic Church music director.

However, he said he started to think about the charities who would no longer be receiving the funds that were raised at his concerts.

Since moving to Boulder City in 2000, Esser estimates he has produced 40 shows, and all of them have raised money for local organizations.

“I felt bad that I had made that decision, and I thought I could do a little one,” he said.

The Sunday concert at the Elaine K. Smith Center, 700 Wyoming St., is simply titled “A 50/50 Concert,” because the proceeds are being split between local charities Emergency Aid and Lend a Hand.

The concert will feature some of Boulder City’s most distinguished musicians, who often perform together in Esser productions, calling their group The Boulder City Circle.

However, the upcoming show will be scaled down a bit, compared to Esser’s other productions.

The show will feature Charlie Shaffer on piano and Bob Baker on bass. Both moved to Las Vegas from Texas in 1958 to play in Las Vegas’s first rock ’n’ roll band.

It will also feature Arno Marsh, a local saxophone player who has played with many legendary performers including Count Basie and Ella Fitzgerald, and Sandy Nelson, a pioneering rock ’n’ roll drummer who had two hit instrumental songs, in 1959 and 1961.

Esser, who began his showbiz career as a folk singer, will be singing and playing guitar, along with local singer Nancy Porter.

Local actor and retired Las Vegas Police Officer Greg Langley will be serving as the event’s master of ceremonies.

And Esser’s longtime friend, Detroit-based guitarist Alan Ayoub, who plays with the Detroit Symphony Orchestra, will be playing in the show.

All the musicians will be performing together as an ensemble for the whole show, which will feature songs ranging from Johnny Cash’s “Folsom Prison Blues,” to French singer Edith Piaf’s “La Vie En Rose.”

Unlike his past shows, which have had Christmas, Valentine’s Day and period-specific themes, Esser did not want a themed-show this time.

“I did not want to strap it down on anything,” he said.

And unlike the meticulous planning of Esser’s previous productions, the song selection and arrangements are still being worked out for Sunday’s show, and the band will only rehearse once, on Saturday.

“That’s really the most exciting thing,” Esser said. “I don’t know what it’s going to sound like until the rehearsal. I know it will be good, but what kind of good?”