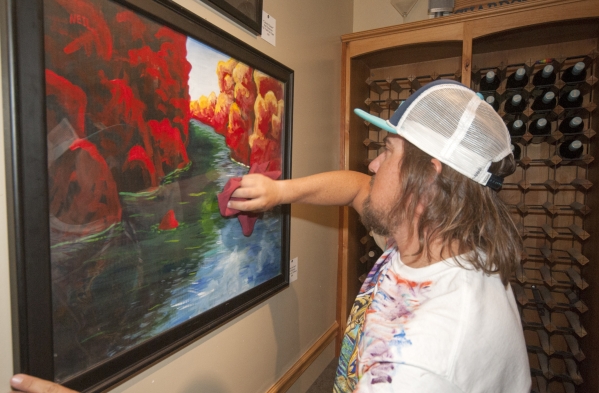 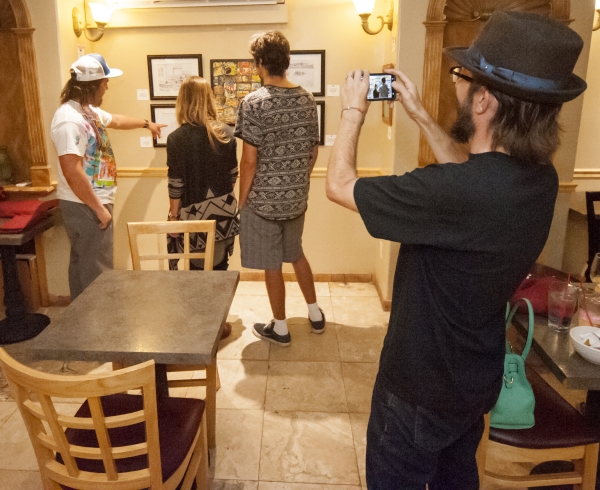 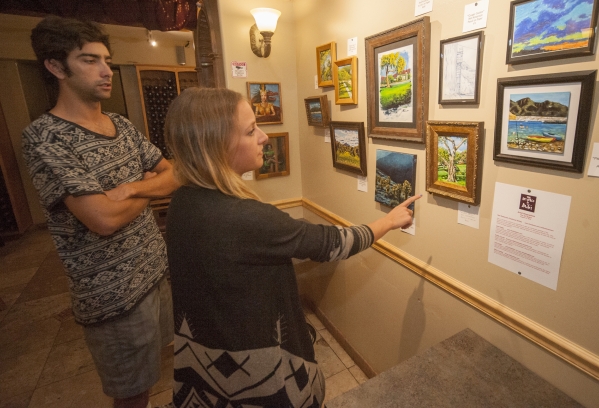 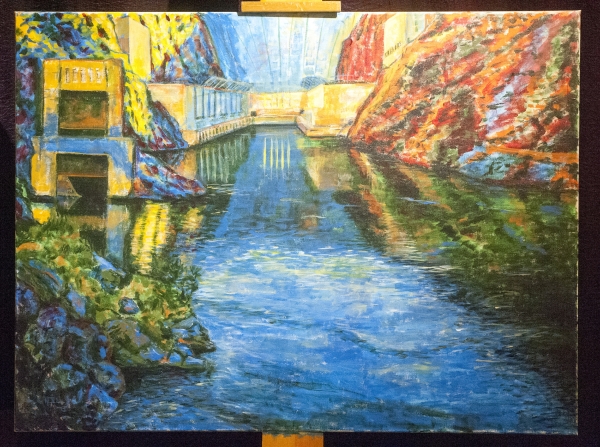 Like paint hitting a canvas, Lee Lanier and Milo Hurst are a combination that works well together.

Lanier realized a need and Hurst came through with the means to accomplish it. That teamwork resulted in the Art Space at Milo’s Cellar.

The art gallery, which is downstairs at Milo’s Cellar, 538 Nevada Way, has been open for five months and just completed a reception for its third featured artist, Neil Kesterson.

“It’s good to be able to show off local artists, number one,” said Hurst, owner of Milo’s Cellar. “Number two, I hope it balloons in more types of galleries. That’s the type of customers we would like having roaming around Boulder City.”

Lanier said he saw a need for artists to have a venue to showcase their work. Local artists, he said, have a hard time displaying their portfolios in the area. Henderson and Las Vegas have some venues, but there are few in Boulder City.

“This is one of the struggles of being an artist,” Kesterson said.

Lanier came in to help improve that situation. He is active in the art community. He also organizes Dr. Sketchy’s art sessions at Milo’s Cellar. That is where the idea for the gallery spawned, he said.

Dr. Sketchy’s is a live drawing session where models pose with different themes. It is a low-pressure venue for artists of all skill levels to come together and have fun drawing, he said.

It was during one of these sessions, Lanier said, he noticed the artwork downstairs at Milo’s Cellar was stagnant.

From there, the art gallery took shape. Hurst said he was eager to get behind the idea as he wants to promote local artists.

“We want to reinvent ourselves as a more of an art community,” he said.

This is Lanier’s first attempt at managing an art gallery, and he has already learned some of the early obstacles to overcome. Picking out the art and displaying it properly was not the biggest concern, he said.

His biggest hurdle has been to inform people about the gallery and increase attendance.

“Unless you find out about it, you might not know it is down here,” he said.

“He is very southwest and very Boulder City,” Lanier said.

Kesterson is the type of local artist the gallery is trying to give a place to show their artwork, he added.

Kesterson said he has always painted, but started taking it seriously in 2011.

Lanier rotates featured artists every two months and Kesterson is the third featured artist. Audrey Fox and Lisa Fields were the first two artists whose work was showcased in the gallery.

“It is very cool what Lee is doing there,” Kesterson said.

Lanier, 49, a native of Dayton, Ohio, has spent time in Los Angeles and San Francisco prior to moving to Boulder City. He said Boulder City is centrally located so he can easily get to Northern and Southern California.

An animator by trade, Lanier, also an artist, said he has made his own artwork a bigger priority, especially since the gallery opened.

“I have been painting my whole life, but I am seriously pursing it this year,” he said.

Hurst said he does his best to give local artists a venue. Besides the gallery and Dr. Sketchy’s, he also has live music on Thursdays, with musicians showcasing their own music.

“We are trying to promote, once again, small unknown songwriters,” Hurst said. “Give them a place to perform. Some nights, it’s very talented.”

Whether it’s music or painting, Milo’s Cellar is carving out a niche in the art community.