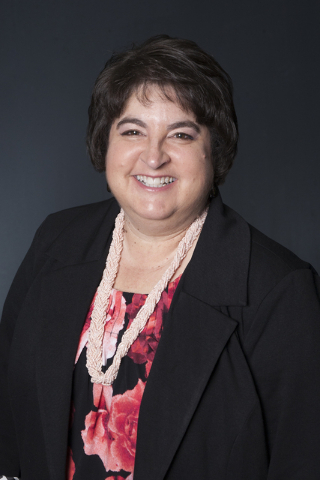 You could see it on their faces — despair, hope, fear, love and anguish. They were a bundle of emotions.

And at the root of it all was one person: their beloved son/grandson/nephew Julion Jasinski, who has been missing since June 11.

He was supposed to return home at 7 a.m. the following day. He didn’t.

“We don’t know the reason why he left,” said his mother, Matteson Mae Emmaery Langan.

According to Matteson Mae, Julion has a lung infection and needs to get home so he can be treated.

He was spotted a few times in town for about three weeks after he failed to come home, and then he vanished. A YouTube video of the Bellagio taken by a tourist showed a snippet of a man sleeping in front of the resort.

Matteson Mae is convinced it was her son.

So they began regular trips into the Las Vegas area, but Julion still hasn’t been found.

If anything good can come out of this tragedy for the family, it’s the fact that they learned that deep down people care, no matter who they are or where they live, or don’t live as is the case for many of those helping them search for Julion.

After he was spotted on the Strip among the homeless people, Julion’s family began making regular trips to the Strip and downtown Las Vegas looking for him. They were surprised at how many homeless people they encountered.

The homeless people wept with the family because so many of them have no family of their own, no one who cares about their well-being. And they cried because the young man had a family who was looking for them.

The people they talked to wanted to help, and offered whatever information they could, along with the promise that they would keep an eye out for Julion. They didn’t ask for anything in return.

As the days grew hotter, and Tracy, Marti and Matteson Mae continued to search, they brought along cold drinks for themselves.

Those few cases turned into a few more cases, along with some snacks. Things like peanut butter-filled crackers.

“It’s just a little thing we can do,” Tracy said, adding that the only time anyone asked them for anything was because they saw them handing out food and water to the others.

It didn’t take long for the ladies to think about other things the homeless people might be missing, such as the opportunity to brush their teeth, use deodorant or take a shower.

Now, they are gathering supplies to make small toiletry bags filled with items such as a toothbrush, toothpaste, shampoo, bar of soap, washcloth, deodorant, razor, shaving cream and feminine hygiene products. Their goal is 100 bags for men and 100 bags for women.

It feels good to be able to do something good, something to help others, they agreed.

“If this hadn’t happened, we might not have started this,” Marti said, adding, “We want to give them some dignity.”

The women are gathering these in the name of the Friends of Julion, because that’s what the homeless folks they have met really are, Tracy said. They truly care about the young man and want to help reunite him with his family.

Donations are welcome and can be brought to 529 Avenue K.

The women hope to have enough items gathered by Aug. 19 to assemble the toiletry bags Aug. 20 in Broadbent Park near the Girl Scout building. They plan to distribute them Aug. 24.

As with many of their trips to search for Julion, it will be a roller coaster ride, filled with the highs of helping others and the lows of the reason they are there. It also will be filled with hopes — hope that they can find their loved one, hope that their efforts are helping someone truly in need and hope that if Julion were in need, someone out there would be kind enough to extend a helping hand.