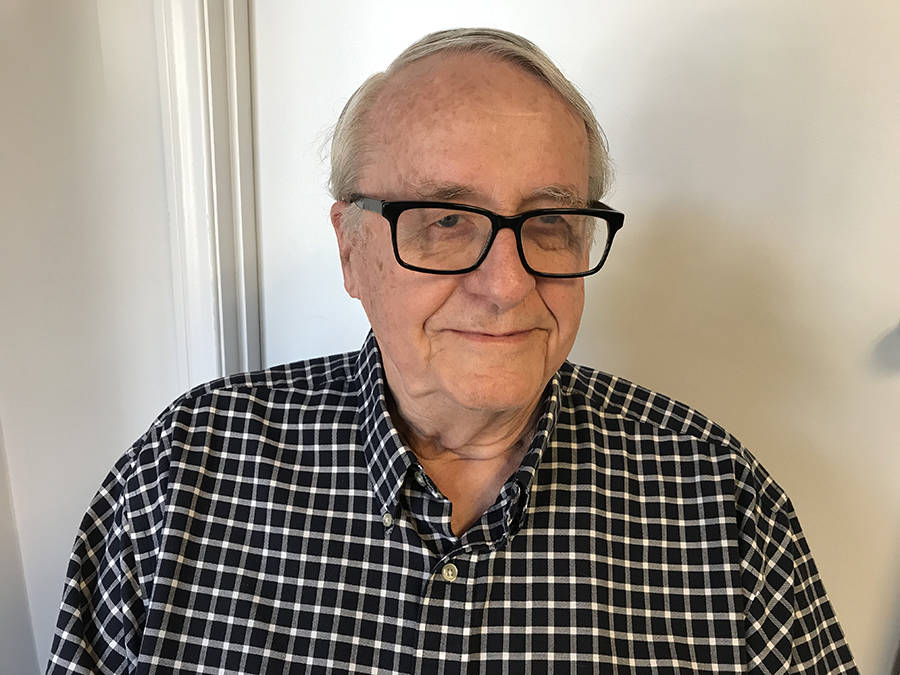 Twas the week before Christmas, when all through the house, nothing was heard but the moans of an old man in pain. The issue was simply that I couldn’t swallow. Amy rushed me to the Boulder City Hospital emergency room.

I’ll spare you the details, but there were several medical workers in the big room and only one other patient. After lab tests, there were X-rays and then the CAT scan. This visit ran upward of five hours, with most of the time spent waiting for test results. But the staff was solicitous and came by often so we didn’t feel overlooked.

The doctor of the day, osteopath Christina Hedderly, made numerous visits. With test results in, she came by to consult. She started off saying that she thought I needed to be in the hospital overnight, to which we both readily agreed. She said it shouldn’t be Boulder City Hospital, which doesn’t have a resident doctor of the ear, nose and throat specialty that I would need.

Now, which hospital? There’s a smorgasbord of 20 hospitals to choose from. Henderson Hospital, please. It was an easy choice, as it is one of the closest and is very new, and every room is private. Hmm, well, Mr. Nelson, you need attention from an ear, nose and throat specialist. The only hospitals that have resident ENT doctors are Sunrise and University Medical Center.

My Christmas revelation: Choose your hospital based on the expert staff, not the new rooms and shorter trip. Amy crinkled her nose over Sunrise, which we have had recent experience with. So UMC it was.

I got to UMC in fine shape. With four ambulances arriving at once, it promised to be a long wait in the hallway, but they quickly shunted me to a nearby open room What a break! Well, the room had no bathroom, and assorted staff kept coming by to ask me the same questions over and over and I couldn’t sleep until 1:30 a.m. Even then, I could sleep only in short spurts because of the steel bars in the middle of the thin mattress.

Things brightened up at 6:30 in the morning. In comes one of the ENT doctors, making his first stop of the day. He had read my earlier tests. He thought they could load me up with heavy-duty antibiotics and get me out of there the same day. He returned in half an hour with three specialists and they concurred.

But progress during the day didn’t match the promise. My bed remained untenable. They wouldn’t give me any food or drink nor any assurance I was scheduled to be released. I started complaining pretty loudly.

Then, staff came along to move me to a better room nearby. I hollered some more that I just wanted to get out, not moved. But they did it anyway and the new digs were much better, including a mattress that mattered. Still, no lunch and I had to prove to the doctors that I could hold down food before being released. Hours passed; it was something about the cafeteria not having the heavy water and soda I needed.

Suddenly, a tall, young man appeared at my door. He sat down and introduced himself as Dr. Hockey. I didn’t get his exact title or full name, but he explained that he was head of medical staff at UMC and there may have been some miscommunication from his doctors to catering. Well, even I figured out that the head of medical staff at a major city hospital was not one’s casual visitor.

I exhaled and told him I wasn’t an unreasonable guy, to which he mumbled that that was not what he had heard. We got on well and he even did a bit of a happy jig when he left my room as I told him in no case was I going to drink heavy water.

A scurrying staff got my lunch, which I ate; then the head emergency room nurse ran down to get my papers. Nothing to sign; there was not even a place for a signature in all those pages. She then personally walked me down to my waiting wife.

Ten days later and I’m finally feeling up to par, and reassured that it doesn’t always hurt to be the squeaky wheel.