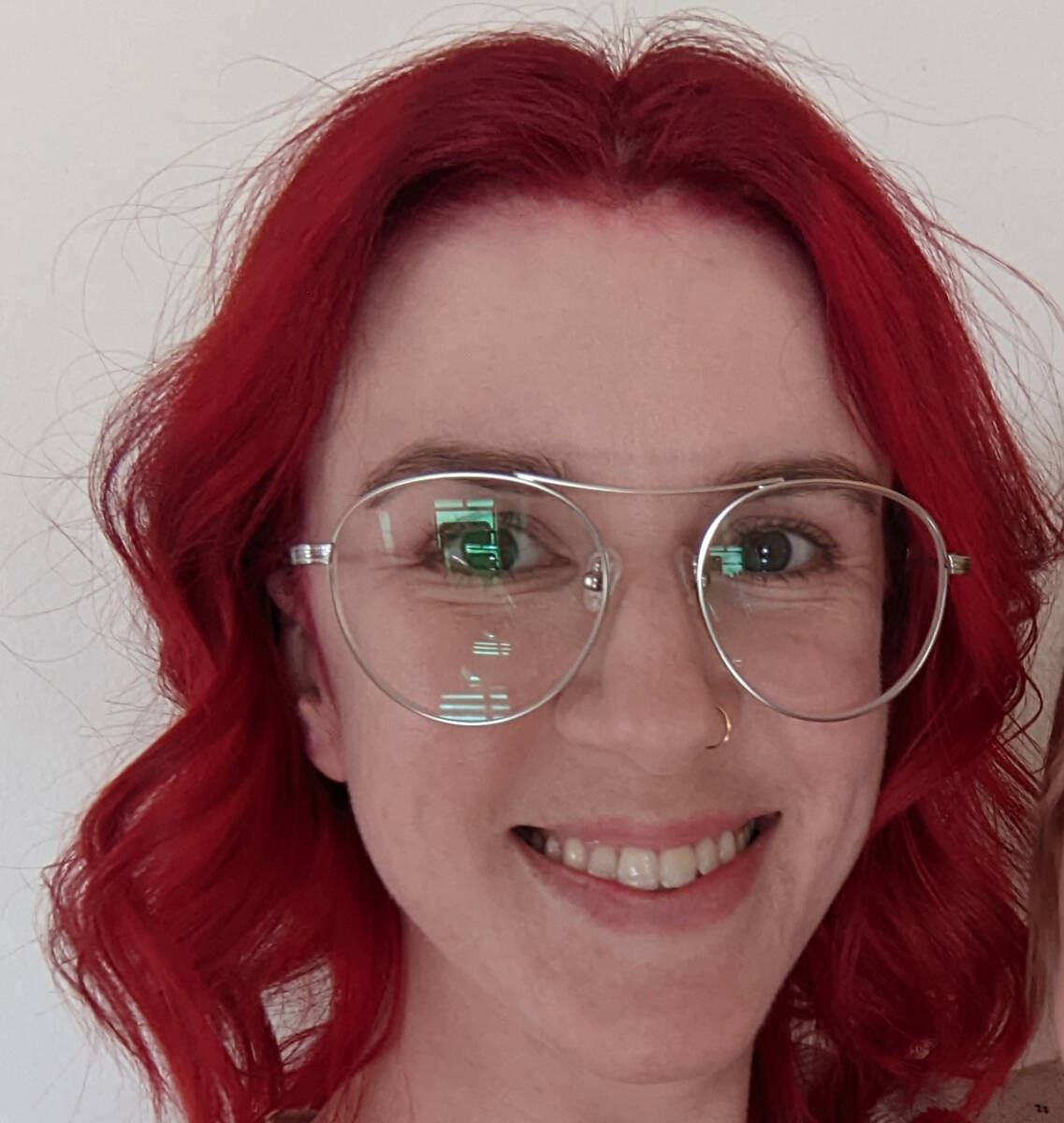 A few weeks ago our family returned from a long weekend away to find a large Target-branded cardboard box on our doorstep. I hadn’t ordered anything from Target before our trip but assumed my husband had and thought nothing of it. A few days later, the box sat unopened in our dining room. I asked my husband why he hadn’t opened the box and he explained that he hadn’t ordered anything and assumed it was mine.

Wondering if I’d made a middle-of-the-night fugue state purchase (it’s happened before), I opened the box to discover multiple shoe boxes filled with old family photos. Some were framed portraits, but most were haphazard collections of candid photos. The backs of the photos were scribbled with names and years, sometimes noting the occasion for context. The photos mainly dated back to the 1950s, ’60s, and ’70s. The problem was that we didn’t recognize any of the people in the photos. They were neither my husband’s family nor mine. So how and why did these photos end up on our doorstep?

I immediately took to the Boulder City Facebook groups to see if anyone had misplaced a box of old family photos. There was a last name that appeared on the backs of many of the photos, so I included that info to see if anyone recognized the name. A few people inquired for more info but the leads quickly turned cold.

As my husband and I rummaged through the shoe boxes we came across some photos still in their yellow envelope from the developer. The name on the envelope matched the last name we’d been seeing and the address listed was a Boulder City home about five minutes away from our house. I Googled the address and found out the house was for sale. Finally, a solid lead!

We drove over to the address on the envelope to find the garage door open and, curiously, one of our neighbors sorting through boxes. Looking around at the boxes in the garage, my husband noticed his handwriting on the outside of many of the boxes. We spoke with our neighbor and, after a short conversation, the mystery was solved.

After moving into our home last fall we left a stack of our broken-down moving boxes outside for recycling. Seeing that they were being discarded, our neighbor took a few. This neighbor’s relative passed away months later and he took those moving boxes to the relative’s home to pack up their belongings, including a bunch of old family photographs. Eventually he took the box with the photographs back to his home.

At some point our neighbor’s wife happened to see this Target box with our name and address on it, as we hadn’t taken the shipping label off the box when we put it out for recycling. Not realizing the box contained their photographs, she dropped it off at our house thinking that it was a recent Target purchase that had been mistakenly misdelivered to their home. And that is the innocuous explanation of how we briefly came to be in possession of our neighbor’s family’s photographs.

It may not be the most exciting story, but for a day, my husband and I had our own small town mystery to solve. The explanations we came up with in our head, such as a secret relative who had found us through Ancestry.com, was much more exciting than the truth. Still, we found enjoyment in sifting through the mementos of strangers we had never met, but were now momentarily linked to through happenstance.

My favorite part of the whole ordeal is that, among the Christmas photos and candids from children’s birthday parties, we found photos of our neighborhood and its residents back when it was first built. To see our house the way my in-laws saw it when they first moved to Boulder City as a young couple themselves in the 1980s, and to get a glimpse of a time where our house existed but we did not, was interesting.

I’m one of those people who finds meaning in all circumstances and I like to believe the universe brought us that box of photographs so that we could see the pictures of our neighborhood. They gave me an appreciation for the love and life that went into this house before us. I know walls cannot talk, but I hope my family is able to fill them with memories that are as heartwarming as the ones I saw in my neighbor’s photos.

Kayla Kirk is a lactation educator in the Las Vegas Valley. She holds degrees in psychology and perinatal education from Boston University and the University of California, San Diego. You can find her hanging out in the local coffee shops or hiking with her husband and two children.