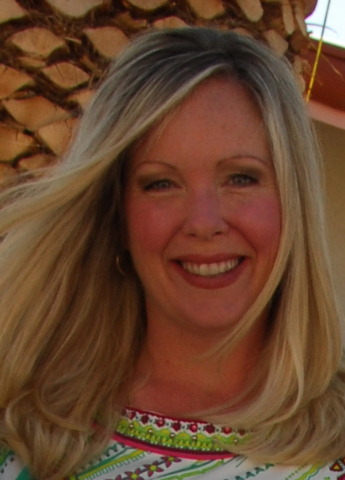 This summer my 16-year-old son began his first job as a courtesy clerk at Vons. As we walked to the car on his first day, I took out my phone, programmed the camera setting, and implored him to turn around so that I could take his picture. He sighed exaggeratedly, tried to refuse, and informed me that it wasn’t a big deal. I told him it would mean something to him one day, to see his first day of work captured on film, and he pondered my suggestion.

One of three children, I worked around the home and in my parents’ 50-foot pristine garden until I was 15½, at which time I applied for a work permit and began to appreciate the ability to earn my own money.

I worked through college, odd jobs as a dishwasher, telephone operator, and foreign language tutor both assisting with tuition and paying for books. I graduated with a degree in English literature and, unsure what to do with my new degree, my first jobs as a college graduate included factory worker, preschool teacher and interpreter in a slaughtering house. These jobs were both humbling and an impetus for me to return to school to become more employable. I went back to school for a master’s in education and have been teaching ever since.

My parents were public school teachers who worked well past retirement age. They took countless classes in the summertime to climb the district’s salary schedule and provide my brother, sister and me with the kinds of luxuries they never received: braces, family vacations, private music lessons.

My father was the eldest of three boys, and born of parents who vacillated between providing and withholding. He started working when he was 12 years old, often accompanying his grandfather on the Santa Fe Railroad in Southern California. My father was always strong. From his youth, his strength was an asset that let him work in industries like steelworking. He left home at an early age and put himself through college with athletic scholarships and a variety of jobs.

When I was a child, my father worked nights checking and stocking shelves at our neighborhood grocery store. He came home from work, ate and showered, and then dressed in dark pants and a white collared shirt and pinned his name tag above his heart. Then he rode his bike to and from the Alpha Beta, in case my mother needed their one vehicle for something in his absence. He got up each morning after and went to school as a reading specialist in elementary, secondary and adult-learning environments.

One of the most important lessons my father taught us growing up was the importance of work, hard and honest work. We understood from a young age that working hard was imperative to provide. We understood that whatever job someone chooses, that job should be done with pride and precision. We understood that we were not above a job if the job puts food on the table and provides honestly for a family.

I relay this to my son now, who has newly entered the workforce and who is very close to his grandfather. I explain what I saw modeled: You work, hard and long, and you do your best at everything you endeavor. You provide for yourself and for your own, and you are entitled to what your paycheck is able to purchase. If you really want something, you save for it. If you don’t have enough, you work harder and you work more. If you have extra, you share with those who don’t have.

My son agreed to that picture after all. I have returned to it frequently since his first day of work. He stood tall that day, broad shoulders back, white pressed shirt cleanly tucked into his black pants, he squinted slightly into the sun, his short-cropped hair was trimmed around his ears and the cleft in his chin was clearly pronounced.

Holly Kelso Gomez is a longtime resident of Southern Nevada and has taught for the Clark County School District for almost 20 years. She lives in Boulder City, surrounded by family, and with her husband and three children.