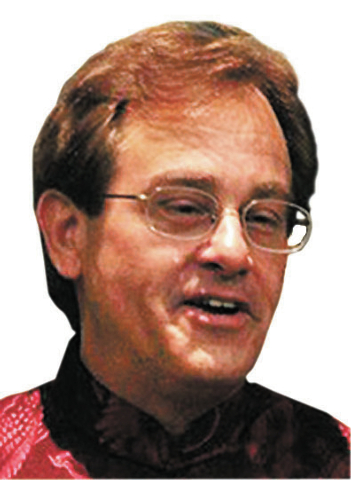 Are you fit? Fitness can be defined in many ways, but chances are you thought of the answer the moment you saw the question.

My friends and family think I am fit, “especially for your age,” but for me, watching the Pumpkinman Triathlon two weeks ago was Part Two of a wake-up call. Part One happened the week before, when I participated in a black belt jujitsu workshop in town.

Mike Chubb, Boulder City’s resident jujitsu expert with a 10th-degree black belt, brings together a tight group of high-ranking friends every so often to practice dangerous advanced techniques we can’t practice on our students. In this group from the Southern California-Nevada-Arizona region, there are not one but four judans (10th dans). I was privileged to spend the first morning training with one of them. In the practice Chubb would introduce a technique, then we would pair up to practice on each other. Pretty standard as martial arts workshops go.

What is not quite so standard is to be slammed to the ground repeatedly for hours by a judan eager to practice with full force. I managed to return the favor well enough that my training partner bowed out halfway into the day, but that was not my takeaway. My takeaway came the next morning when I was able to get out of bed only by rolling over the edge and falling on the floor. My major leg muscle groups barely worked. Although my only bruises were from being grabbed onmy arm, my whole body felt like a bruise. It’s all about conditioning, not strength or ability.

Fast-forward to Pumpkinman. Let’s not even talk about the fact that I am the same age Pat Hayden was before he died during the swim portion. I suspect the autopsy will show a heart attack. I could be wrong, but no one seems to think that drowning was likely in a man who swam regularly.

The triathlon consisted of three events — swimming, cycling and running. The least of the full competitions was the sprint, which consisted of a 750 meter (almost a half mile) swim, followed by a 12.4-mile bike ride going into mountainous terrain, and finally a 5K (three mile) run up a 200-foot elevation to the finish line in Wilbur Square.

Having the shortest requirement, the sprinters finished first. Some were breathing hard as they finished, but quite a few burst across with explosions of energy.

I realized that I could not come close to finishing such a competition. Almost as quickly I knew that I wanted to. I also realized that few guys at the jujitsu workshop, while we could destroy a group of triathletes with deadly force in record-breaking time, could hope to compete in these events. Not many people realize it, but most advanced martial artists are older. Many train, but do not stay in shape. They remain deadly because their techniques still work. They can finish a fight fast, before their lack of stamina becomes a factor.

Real fights don’t drag on for a quarter of an hour like they do in the movies; they are usually over in less than a minute, often in seconds. Actor-aikidoka Steven Seagal is a prominent example of this phenomenon. His weight gain has been satirized mercilessly, but you would be glad if he had your back in a tight situation.

I had already gone back into the gym this summer, but it’s not enough. I added a treadmill routine for the gym. I’m running on the street daily when I’m not there; it hurts, but I’m building on it slowly, methodically. I’m cycling instead of driving. I’m punching and kicking my body bag more than I have in years.

I’ve been a tai chi teacher for more than a decade. Tai chi doesn’t make you fit all by itself, but it does make you hyperaware of your state of fitness. Even so, my training has lagged since I moved here from Houston two years ago. It’s easy to kid yourself until you get a wake-up call.

Are you fit? No? What are you going to do about it? Join me at Wilbur Square on Saturday at 9 a.m. I can use the company and the encouragement.

Dale Napier is a Boulder City-based writer, tai chi teacher and database specialist who fled big-city Texas for small-town Nevada. His latest book is “Tai Chi in Your Life.” His novel “May Day” will be published in early 2014.