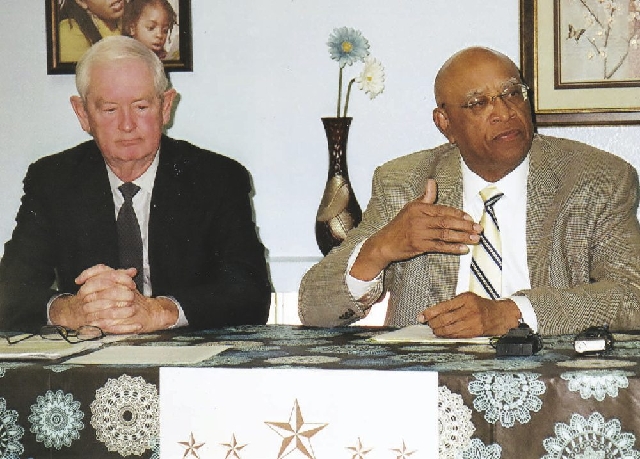 Two retired military officers recently presided over a conference in Las Vegas to address the fact that although the U.S. boasts a highly skilled and professional force of soldiers, airmen and Marines, there are problems lurking in future recruitment.

The problems stem from what a group called Mission: Readiness reports is a statistic issued by the Defense Department — that 75 percent of 17- to-24 year-olds Americans do not qualify to serve because they are poorly educated, physically unfit or have criminal records.

The physical well-being of American youth culture is not new. In the early 1950s, I can remember reading research put forth by the Young Men’s Christian Association that had concluded, in general, American boys were falling behind Europeans when it came to being physically fit. The YMCA began random programs of physical exercise for its members who attended sessions in cities across the nation. Other social organizations, Boy Scouts of America included, also stressed physical fitness among members.

But today the stakes can be much higher, in that we have an all-volunteer military and our fighting forces rely on computers and other technologies that require formal intelligence and specialized training. Mission: Readiness has issued a statement by retired Army Gen. William Wallace, who stressed the seriousness of the situation: “The U.S. Army today faces an imminent and menacing threat to our national security. We are engaged in a struggle that will determine our future. The threat? The lack of fully qualified young people to serve in the military. Faced with these declining numbers, we have two choices: lower the military admission standards or raise the health and education standards for our young people.”

In Las Vegas, retired Army Brig. Gen. Donald Scott told the press and other invited guests at the Variety Early Learning Center that “Right now when you look at America’s youth standards” in math, literature, science, “the USA is down on the list. … If we don’t do something to bolster their skills in (those areas), just think where we will be years from now.”

Mission: Readiness’ emphasis is on the very young to begin their lifelong process of education at the beginning and not wait for them to grow up and adopt outlooks that can (and often do) lead to poor study habits and obesity.

Also at the Las Vegas event, retired Air Force Maj. Gen. Billy McCoy said, “Most people are surprised that 75 percent of young people don’t qualify for military service.” He added that “Good-quality pre-K (pre-kindergarten) is very important to success as an adult. … By the fourth or fifth grade” it has been shown that those with quality pre-K were on their way to more success in life than others. He said it costs more today to send children to pre-K annually than it did for him to pay his way through college years ago.

As it is with many things in our society today, money, or the lack of it, has become an issue. Scott added that today’s youths are “not prepared to serve their country” and not prepared to be gainful citizens because of their lack of reading and mathematics skills.

McCoy has firsthand knowledge of Nevada’s military. He is a former commander of the Tactical Fighter Weapons Center at Nellis Air Force Base.

In a printed statement, Mission:Readiness said a state-federal early education proposal being put forth in Washington could lead to 15,000 more high school graduates in Nevada and $1.5 billion in net economic benefits to the state. Nationwide the 10-year proposal could lead to 2 million more high school graduates and $150 billion in net economic benefits, according to reports. The generals said they would like to have Congress and the administration work more closely to pass proposals enabling states to create and expand high-quality early learning programs that would lead to increased national security.

The local event was at the Variety Early Learning Center on D Street, where such programs as full-day child care, early childhood development and a child scholarship program are offered. The school’s executive director, Toyya Glass, handed me a brochure that explained the school dates to 1955, when the Variety Club of Southern Nevada Tent 39 recognized the need for a day home to care for children of working mothers. Over the years, the programs were expanded and enlarged with the help of numerous community partners, including governments, hotels, other nonprofit groups and individuals.

Mission: Readiness brought its message to Nevada. When asked why the generals came to Las Vegas, Scott (a Henderson resident) told me they wanted to impress upon the Nevada congressional delegation and other elected officials, Democratic Sen. Harry Reid in particular, the importance of sponsoring legislation for early childhood education.

He added that individuals have been staging similar events in other states. McCoy said that governors in states such as Michigan, Mississippi, New Mexico, North Dakota, Pennsylvania, Virginia, Colorado and New York have proposed or signed into law budget increases for quality pre-K.

Quality early education is one of the best methods of getting children on track for academic and career success, including military service for those who care to serve the nation, he said several times. “A commitment to pre-kindergarten really is a strategic commitment to national security,” he said.