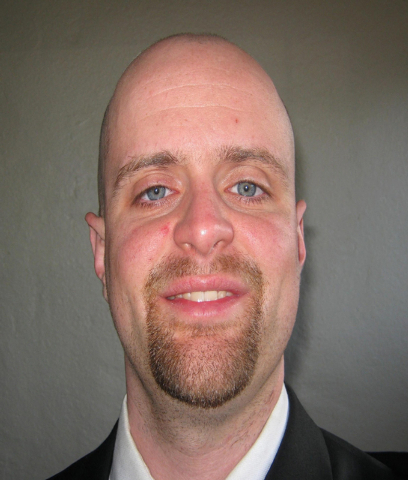 There is a wide assortment of misconceptions about bullying out there. Many people picture bullies as sad, unpopular loners but this is usually not the case. In fact, recent studies have found that it is often the popular “cool” kids that engage in much of the bullying.

So, what are bullies all about then? In order to understand bullies and the harassment they inflict, one must understand the social structure in today’s schools in which they operate.

In the latter days of elementary school, children begin sorting themselves by sex and forming separate social hierarchies. Traits that enable boys to rise to the top of their hierarchies include athletic ability, toughness, money and social skills. A trait that sometimes lowers the status of boys is good grades, as being seen as a “nerd” can be a liability.

Traits that enable girls to rise to the top include good grades, their family background, money and the good looks required to attract the popular boys. In short, it is a hierarchical system based on physical prowess and material wealth and this rigid social structure maintains itself well into the high school years.

Within this rigid social structure, there are several types of bullies. One type, the “cool” type, is well connected socially and has obvious talents such as athletic ability. He or she will bully members of the same sex as well as utilize pro-social strategies as a means of maintaining their dominance within the social hierarchy.

The male equivalents of this type of bully would be the bullying jocks, which many bullying victims report as being their worst tormentors. The female equivalents would be the stereotypical “mean girls.” Not every athlete or popular kid is a bully, of course, but there are a significant number of them in the popular crowds.

Contrary to popular belief, such bullies have very high self-esteem. A few bullies actually do lack self-esteem but this trait is generally found in bullies that are either not too attractive to the opposite sex or are victims of constant bullying themselves. This particular type of aggressor bullies others in order to acquire a social status that constantly eludes them.

Bullies are generally heavier, stronger or better coordinated than the average kid and, by extension, their victims. Bullies would not be successful otherwise and this is especially true among boys.

Typical victims among boys are physically weaker than average. In light of this, the advice to hit a bully in the lip to get them to leave you alone is often useless.

Just try putting yourself into the shoes of an uncoordinated 120-pound teenager being harassed by a gang of well-coordinated athletes weighing between 170 to 220 pounds. Are you going to be able to hurt them?

One could certainly lift weights or learn a martial art, however it could be years or never before you get to a point where you can actually take on a larger attacker. What’s worse, going to a teacher is often useless because not only are their punishments ineffective but going to a teacher makes the victim appear cowardly in front of his or her classmates, resulting in even more bullying.

Bullies generally bully to demonstrate to an audience that they can dominate. It has been observed that in incidents of bullying, crowds of kids will stand around and cheer on the more popular bully rather than the victim. So even when kids are not bullies they are often accomplices or impassive bystanders.

Sadly, kids will often shun bullying victims in order to avoid becoming targets themselves, resulting in the eventual social isolation of the chronic victim. Such isolation can continue for years and if this continues into high school, one can forget about dating. If your tormentors happen to be jocks or mean girls, you get to watch in pure frustration as they get the prettiest girls or the shiniest hunks in the whole school.

Solitary confinement is considered to be one of the cruelest punishments that can be dished out to our most vile criminals and victims of chronic bullying often endure this right in the middle of their crowded schools on a regular basis. This is much worse than simply being teased or beaten. I know this for a fact as I have endured it myself. It gets to one’s head after a while and it cannot be considered part of growing up because it robs one of the experiences of growing up.

Another reason why bullying should not be considered part of growing up is that the bullies themselves often do not grow up. It has been found that as many as 60 percent of bullies will have at least one criminal conviction by the time they are in their 20s. They do not “mature” as many assume.

In light of this, it makes sense to stand up for a bullied kid instead of simply requiring that kid to “pull himself up by his own bootstraps.” If a bully learns at an early age that he or she can victimize the defenseless without any significant interference from others, they will simply continue such behavior into adulthood.

Speaking of adults, I think that perhaps teachers and administrators should monitor hallways and playgrounds more closely for bullying and support the use of corporal punishment on repeat offenders. While that sounds harsh, when you have incidents such as the one that involved a pair of 15-year-old bullies going as far as burning a 10-year-old special needs student with a lighter, I think it is justified. Have suspensions worked?

Kevin Reichling is a biological science technician who performs invasive plant control. He lives in Boulder City and can be reached at krwoodland@yahoo.com.