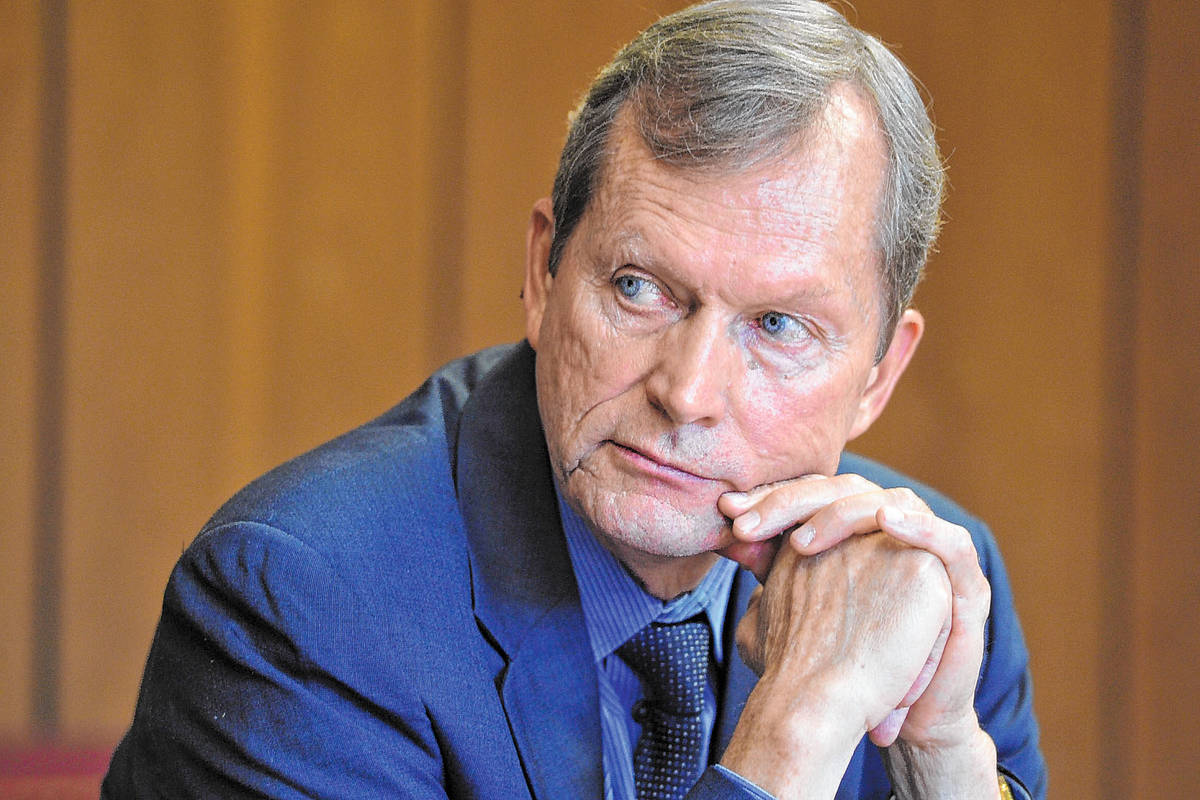 I have personally known Bruce and Rose for over 45 years. In fact, my husband and I feel somewhat responsible for their move to Boulder City having spent much time telling them how great the town is and what a wonderful place it is for raising a family. After commenting on all the terrific aspects of small-town life, it wasn’t long before we had a new neighbor on B Hill.

In the last few elections there has been a flood of misinformation about the Woodbury family on social media, even using fantastical labels like the “Woodbury Mafia.” Because two of his children and two sons-in-law have been elected to public office, he is accused of creating a “Woodbury Dynasty” intent on controlling local politics, when in fact these family members have merely chosen to follow his fine example of public service.

In all of Southern Nevada no public servant, present or past, is more highly respected than Bruce Woodbury. In every election year, numerous candidates for office ask for his endorsement.

Yet, here in his own home town, a number of bloggers with political motives have continually spread lies and complete fabrications about this good man and his family, attacking any City Council candidate that Bruce supports and accusing them of being “Woodbury puppets” without any justification.

Bruce served 28 years on the Clark County Commission, the longest tenure for a commissioner in the history of Nevada. He became known as the voice of reason, the transportation leader, the father of flood control, and he was recognized for his honesty and integrity, while seven colleagues went to jail. Named in his honor are the 215 Beltway, a major street in Laughlin, streets in Logandale and Mesquite, as well as the U.S. Post Office building in Boulder City, all well-deserved.

Commissioner Woodbury did more than anyone to achieve the transfer of the Eldorado Valley to Boulder City to keep it off limits to development. In the 1980s various developers and commissioners saw the Eldorado Valley, which was then entirely Bureau of Land Management land in unincorporated Clark County, as a prime target for a new large city.

Bruce demanded that they keep their greedy hands off, and he persuaded the county commission to support the transfer of most of the valley from the federal government to Boulder City. The Eldorado Valley Advisory Committees, on which he and Eric Lundgaard served, played a key role in that historic transaction.

Bruce then led the way for Clark County to declare most of the transfer area as a protected-species habitat and to pay the city of Boulder City millions for the conservation easement, which effectively prohibited any development. He also blocked all attempts to rezone any of the industrial property across from Railroad Pass to residential.

Bruce made sure that Boulder City maintained full representation on all regional boards and received large allocations of transportation and flood control money from the Regional Transportation Commission (of Southern Nevada) and (Clark County) Flood Control district, far beyond a per capita share. Throughout Bruce’s 28-year service, he obtained extraordinary county grants of hundreds of thousands of dollars to Boulder City every year for such projects as the Veterans (Memorial) Park baseball fields and additional annual grants to Boulder City nonprofit organizations like the Boulder Dam Hotel and museum, the Senior Center (of Boulder City), Emergency Aid (of Boulder City), Boulder City Hospital and Lend A Hand (of Boulder City).

Since Bruce left office in 2009, all of those grants have either stopped entirely or have been reduced drastically.

Commissioner Woodbury, a Republican, was a good friend of many Democrats, like the late Ralph Denton, who helped to write our growth control ordinance. He supported the election of many former City Council members, including several Republicans like Roger Tobler, Peggy Leavitt, Jon Porter, Iris Bletsch, Joe Hardy, Rod Woodbury and me.

Each would attest that Bruce never asked them to vote any particular way on any City Council items, and that remains true to this day. He has always believed in the nonpartisan elections of Boulder City and would endorse candidates that he felt had “all of Boulder City’s” best interests at heart.

In his seven elections, Bruce always received about 80 percent of the vote in Boulder City. It is disheartening that a number of Boulder City residents either do not know, or seem to have forgotten, about the outstanding and visionary accomplishments Bruce Woodbury achieved for our community and all of Clark County.

Andrea Anderson served on the Boulder City Council for eight years and on the Nevada Board of Regents for nine years.