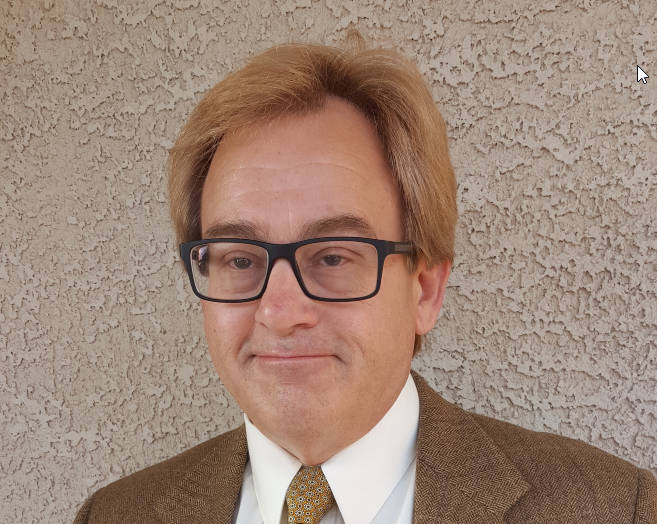 Dale Napier At left is the proposed plan to split California into three states. At right is another suggestion from Dale Napier that blends Nevada and California and then divides the area into two states that geographically makes sense.

Even if it passes this fall, it would require a vote of Congress to enact, where the debate would probably center around one thing and one thing only: It would mean four new U.S. senators from California. The only way that would work would be to pull a play from the antebellum days, when a slave state could join the Union only if balanced by a free state, or vice versa. What would that play be?

Why, let’s split Texas as well. Austinites would love to secede from Texas. It would allow Dallas egos, insecure from always being No. 2, to finally achieve the dominance they desire. In any event, Texas is much too big, one of the many reasons I left. Split three ways, it would get four new U.S. senators to balance California’s.

It’s not well-known, but when Texas joined the Union in 1845, the legislation included the right to split into five states if it wished. In fact, its boundaries fluctuated until the Compromise of 1850 nailed them down. The right to split five ways went away when it rejoined the Union after Reconstruction, but it could be returned by a legislative act and Congressional assent.

We can have fun with this if we don’t take it too seriously. Is Boulder City too big? So many people talk wistfully of the days of only 5,000 people, and now we’re at 15,000. Should we split in three as well? Perhaps not, but it would be an amusing parlor game to decide where to draw the boundaries. The naming game would be fun as well. Asbestos City, anyone? Bighorn Gulch?

Someone in California sure must have thought it a parlor game, because the boundaries they drew up look like something created late on a Saturday night after finishing off a bottle or two of Scotch (if it was pot, they never would have finished the map or the petition). See the left size of the graphic for the current proposal being voted on.

Why not fuse California and Nevada, then split them across the middle? It would make intrastate transportation easier for everyone concerned.

Politically it’s a nonstarter, if only due to tax differences — good only for laughs, as is the splitting of Texas. Plenty of people would like to do that, too, but what do you do with west Texas?

No one would want it. Maybe New Mexico would take some of it if they could get El Paso, which is 550 miles from the nearest large city, San Antonio, but only 225 miles from Albuquerque. Or maybe not, given El Paso’s border concerns.

Is this entire subject nothing but a joke? No, it’s not a joke even if it is funny. Americans have been rearranging the cultural map for years now. Our states were formed largely by the pressures of Manifest Destiny. The pressure was to just get them formed, based on an often loose idea of commonality.

That’s why over the years Maine split from Massachusetts, Vermont split from New Hampshire, and Kentucky and West Virginia each split from Virginia, at different times.

Would it be so strange if pressures emerged to rearrange more states based on local convenience? Probably not. America is the only country I know of with a mechanism to rearrange the political subdivisions as a matter of ordinary law and not revolution, so it will likely happen again.

But yeah, California’s dreaming. Again. It’s what we love about them.