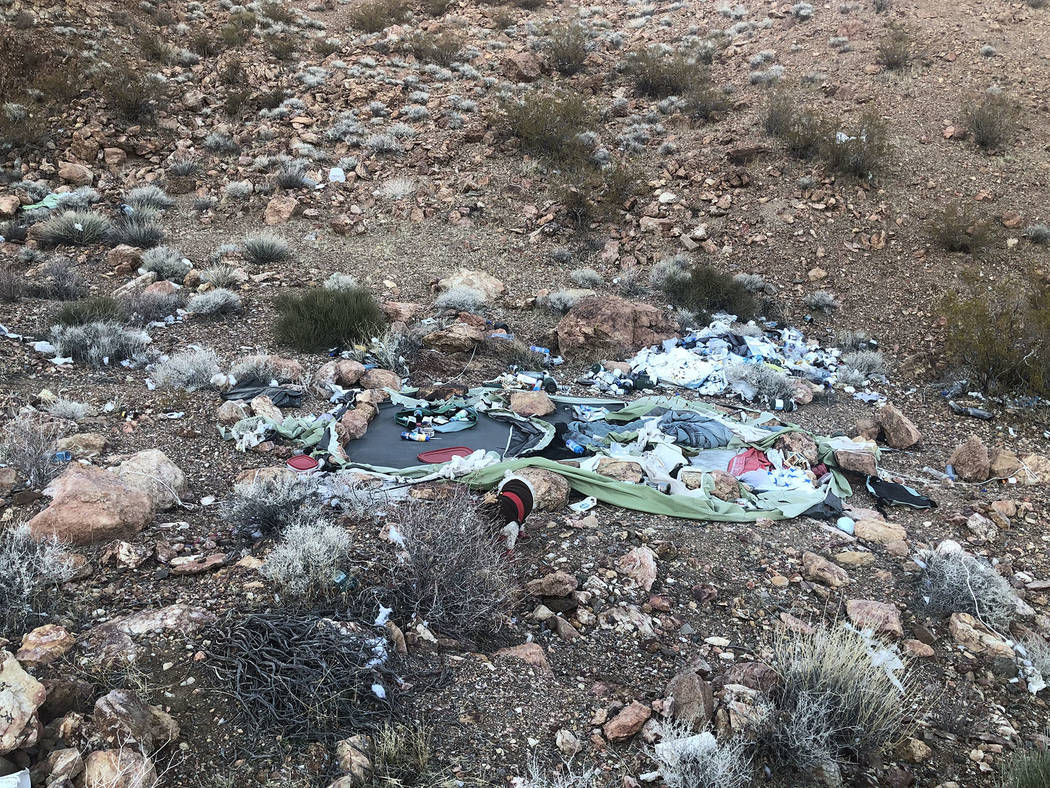 (Ed Knapp) The remains of a tent and discarded bottles are among the debris left by homeless people in Bootleg Canyon. 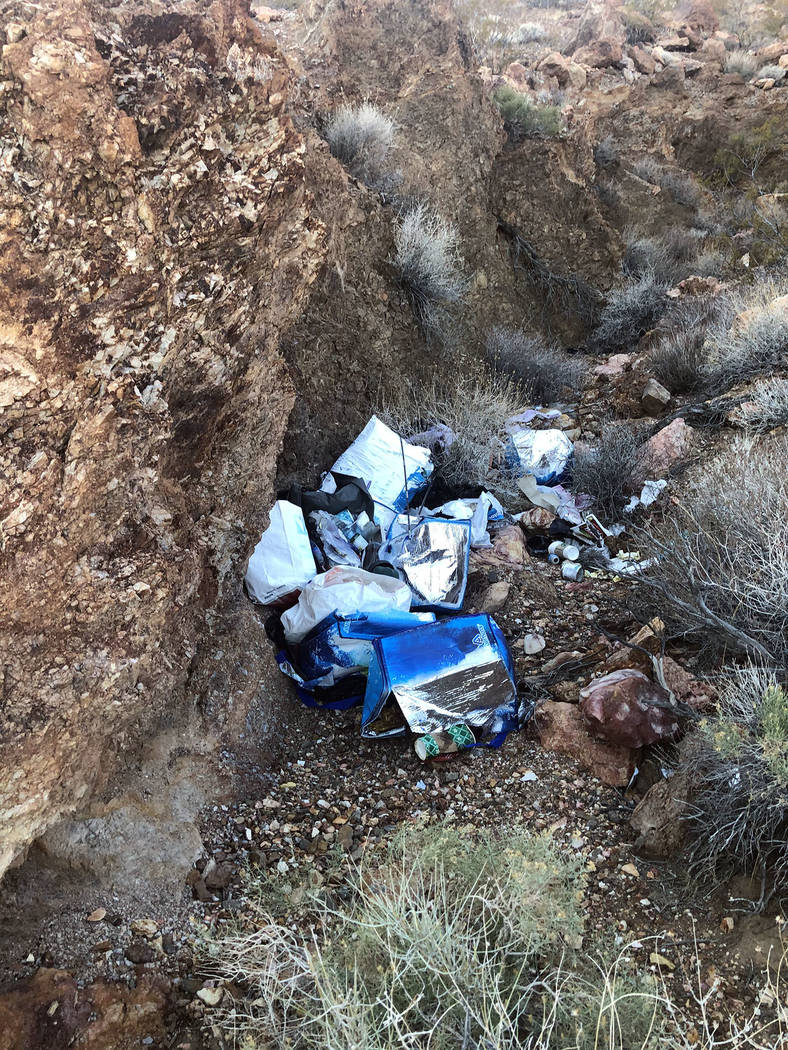 The United States currently spends more on health care than any other industrialized nation. Yet, the U.S. trails in life expectancy, infant mortality and unmanaged diabetes.

Politically, about half of the voting population feels that it should be an individual responsibility. Less fortunate, disabled, unemployed, underemployed, pre-exisiting and mentally compromised (people) — they are a just few out of luck in a country that has declared corporations having the equal rights of humans in our society.

Homelessness is on the rise where 50% of our workers did not receive a pay increase in the last year. As a result, federal and state support for health care is tenuous at best, and foisted upon municipalities, like our small town here on the outskirts of Las Vegas, to fend for themselves.

Sadly, there was a recent media article sympathetic about someone living in a mine nearby our city, and it noted authorities decided a hands-off approach would be policy. How naïve. I can only imagine the liability those decision makers may face in the future, when considering health issues, sanitary issues and the safety of the homeless, and also the general public who come in contact with them or their debris.

The ecological destruction is another whole issue. All my riding and running friends are well aware of the homeless issue around the trails at Railroad Pass. But it gets worse. In the last two days, I have encountered ecological destruction at two camps: one at the Arizona Hot Springs, and a far worse site in Bootleg Canyon, just above the Mother’s trail.

The once gorgeous barranca in the middle of one of our finest assets now has a debris field of a few hundred yards long, including tent material, mattresses, splintered plastics everywhere, empty bottles of drugs and a bevy of rotting insulated carriers from Albertsons. It is a sad blight in the middle of what last year was a favorite hike.

The desert will not cure itself for many years to come, without help. Well beyond my personal ability to clean it up, it will take a concerted effort to rehabilitate the area. The filth and sanitary conditions need also to be identified and remediated and are well beyond any volunteer’s scope.

I ask the city to take proactive stance on homelessness before we are overwhelmed by disregarding its existence. Ignoring it hasn’t worked in San Diego, Los Angeles, San Francisco, Seattle, Salt Lake (City) or Vancouver. I humbly ask the city administrators to consider the following:

1. Immediately clean up the damage in the middle of Bootleg Canyon, including an assessment of any health concerns.

2. Create a network to identify and address homeless camps rather than benignly accept them throughout our town and surrounding areas.

3. Consult with health care professionals and ancillary agencies to formulate a plan to administer care to the homeless, and stop the destruction to our environment by them.