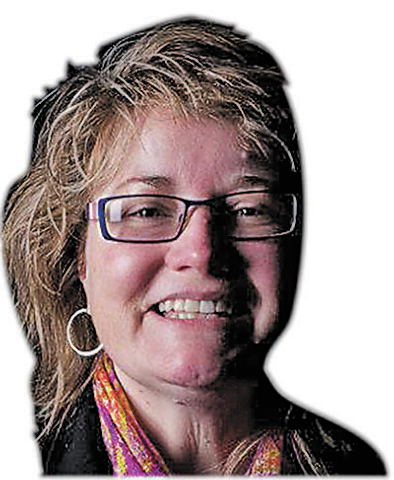 Veterans Day is Monday. Some people get the day off. Some don’t. There will likely be a lot of flags, maybe some red, white and blue cupcakes. Some will travel to Las Vegas for a parade, or watch it on TV.

Some will make a trip to the Nevada State Veterans Home to visit a special friend or family member. In fact, the facility will host its annual Veterans Day ceremony at 1:30 p.m. Monday.

Still, like most holidays it has become a bit commercialized. We may think of it as just another day off.

Still, I see it as important.

As interim editor here in Boulder City. I gave myself an assignment to photograph the annual Veterans Olympics at the Nevada State Veterans Home a couple of weeks ago.

I thought about my old editor David Ellingson who was a Vietnam veteran, and he believed in the freedoms of our country. Mainly, the right to criticize the government, which he did often.

David was a hard-core editor, who had worked for several McGraw-Hill publications in New York and Newsweek. He taught me a lot as a cub reporter. One of the most significant lessons I learned from him is don’t be afraid to ask anything. You have that right.

Freedom of speech to him was like a religion. Every time he hit the typewriter, he would wrap himself up in the rights of the pen and plug away. But with that right, he would say, came responsibility: You must be accurate and fair, you must have done your research. There can never be too much research.

I was one of many young reporters Dave mentored over the years. He was not for the fainthearted. He could be kind and giving, but he was also a taskmaster. He’d pick and prod your story from every angle, making sure it was solid, had no holes or crevices.

He drank, smoked, cursed and was one of the most stubborn editors I have ever had. And I loved him for it. He never settled for what was easy. He wanted everything done right. Dave may not have been a traditional kind of vet, but he did teach me a lot about honor, respect and integrity.

Over the years, rheumatoid arthritis robbed him of the ability to walk, and he was wheelchair bound. Still, he was the boss of his life, and no doctor was going to tell him what to do.

He clung to his independence for more than a decade before things got so bad he had to enter the Nevada State Veterans Home.

He did not go quietly. He cussed and complained the whole way. He feared they would take away some of his rights. And he wasn’t so sure he would get along with all those veterans.

“But you are a vet,” I told him from his bedside in a room he rented in a private group home for people like him who needed assistance but wanted to be on their own.

When my friend Jamie McKee and I finally got him settled in to the fine Boulder City facility, we all three breathed easier. It was apparent he was safer and would have better care.

Pumped full of vitamins and antibiotics he would roll out onto the grounds, enjoying the piped music and a cigarette. Holding one had become increasingly difficult, but he managed.

Our long talks about newspapers, politics and philosophy over dinner and drinks had become walks along the paths that wound around his new home; maybe some coffee and conversation at one of the park benches.

Dave was a newspaper man, and for years we had discussed at great length the stories that had appeared in the Las Vegas Review-Journal.

In the last few years of his life he turned his focus on the Boulder City Review. He read it up until the last few weeks of his life. He always had a comment, criticism, maybe a little praise for the articles that appeared in what was now his hometown paper.

As the end drew near, I asked him if he wanted me to get the chaplain. He never talked about religion, and I wasn’t sure if he had ever belong to a church.

That’s the last time I talked to Dave.

Where ever he is now, I’m sure he is at a desk somewhere, reading the R-J and the Boulder City Review.