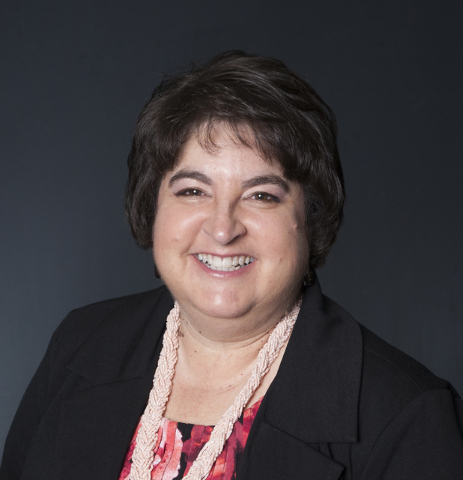 For the third time in as many weeks, one of the pieces of art in downtown Boulder City was damaged.

On Saturday afternoon a 1957 Plymouth Imperial crashed into the “Monumental Professor” statue situated in front of the World Famous Coffee Cup and knocked it to the ground. Fortunately, with as many people as there were downtown, nobody was injured — with the exception of the bronze owl.

How much damage the sculpture suffered is not yet known. It was lifted by a crane and hauled away for inspection.

If repairs are needed, hopefully they will get done and the professor will be returned to his perch on Nevada Way.

The piece of art is one of nearly 40 that grace the downtown area. They are a popular attraction and an integral part of the Boulder City experience. Rarely does a single day goes by when someone visiting the community doesn’t stop to take a picture or two of the statues.

All of the art is owned by the city, but only a few were actually purchased by the city, which established a five-year plan to commission and install one sculpture per year that reflected aspects of the city’s history when the art project began.

The majority were purchased and donated by the nonprofit Boulder City Public Art Scape, and are valued at more than a quarter million dollars.

The organization was founded by Darlene and Vern Burk in 2006 as a way to help beautify the downtown area. And for the past 10 years it has been the Burks who were primarily responsible for getting funds raised, coordinating efforts with artists and seeing that statues were properly installed.

But the Boulder City Public Art Scape is disbanding. Poor health and age are forcing the Burks to step down. They announced in August 2015 that they would relinquish their duties in June. And while they may have officially “retired,” their hearts and love for the art won’t let them walk away completely.

In fact, Vern and his son-in-law donated their time and expertise to personally make the repairs to one of the three pieces of art damaged last month.

So where does that leave the care and maintenance of the artwork?

According to Scott Hansen, the city’s public works director, while the city and its properties — including the pieces of art — are insured for millions the deductible is around $20,000. Yet, many of the pieces themselves were originally purchased at that price.

Hansen said the deductible is “too high for us to justify using it on the statues.”

Instead, city employees, those who are more familiar with wrenches, screwdrivers and hammers than paintbrushes and bronze sculptures, are tasked with making the repairs.

With as many artists as there are in town and art playing such an important role in many of the community’s events, perhaps the city should consider establishing a volunteer committee to help oversee the care of these treasures. Or it could establish a fund that would cover the expense of hiring a professional to repair a statue if it gets damaged. Surely that would be far less than the insurance policy’s deductible.

We understand that accidents happen, and that’s what insurance policies are for. However, when they are basically ineffective, a different course of action is needed.

The city was tasked with being the caretaker of these treasures, and it appears a new curator is needed for the outdoor gallery.

Hali Bernstein Saylor is editor of the Boulder City Review. She can be reached at hsaylor@bouldercity review.com or at 702-586-9523.