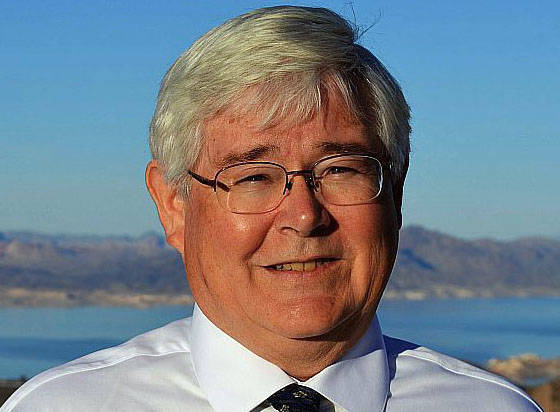 Words cannot express my gratitude for the involvement and support of many of you during the campaign and election process. I am honored to have been elected as your mayor, and I look forward to the opportunity to continue to serve our great community.

This is my hometown, and I have watched it grow and change over the past 60 years. What has impressed me is the spirit the people of Boulder City have always shown. That spirit is to be engaged in how the town is run. It is exemplified by the effort so many people have willingly put forth to ensure the qualities that were here before have remained.

The efforts of citizens were responsible for creating the series of laws we refer to as our controlled growth. Those laws have allowed the city to retain a small-town atmosphere while continuing to be successful. And Boulder City is successful.

For those of us here longer than a week, we know the city was built for the construction of Hoover Dam. We are the home of Hoover Dam. This engineering wonder also provided for the massive production of electricity. A network of transmission lines was built to handle the distribution of the power produced. The business of Boulder City moved from the construction of the dam to the distribution of power and water.

The management of more than a dozen dams in the Lower Colorado River Region of the U.S. Bureau of Reclamation provides for hundreds of jobs in Boulder City. The bureau continues to be our largest employer.

As the need to find alternative sources of electricity has grown, the network built for the distribution of power from Hoover Dam proved ideal to support the production of solar energy. Boulder City wisely chose to lease land for the solar power production. These land leases bring in millions of dollars to our city government each year.

In my view, this is how the construction of Hoover Dam was responsible not only for the building of Boulder City but continues to be the main driver of our local economy. The benefits of the federal agencies and projects are often taken for granted but continue to be the foundation of the city. That foundation gives strength to our city.

Boulder City does have challenges. City revenues have been diverted away from needed utility and infrastructure maintenance in the past. The diversions were most often predicated on projects for growth that a majority of residents did not desire. Interstate 11 has also caused changes for us. The bypass has been open for almost a year now, and thankfully the most dire of predictions by some have not come to pass.

A primary goal of mine is to increase the availability of information to our residents and provide opportunities to hear from you. The City Council will soon discuss the scheduling of regular forums of the council separate from the bimonthly council meetings. Council members will have more time to discuss specific issues. The discussion items will be announced in advance of the meetings, and the opportunity to get your suggestions for current and future topics will always be a significant part of the process. You may contact me at 702-466-0785 or kmcmanus@bcnv.org with your suggestions.

We have a bright future ahead of us. New solar power generation projects will begin construction that will bring additional revenue. Additionally, the state Legislature recently approved funding that is to include an expansion of the state railroad museum here. I believe these types of projects will be a good fit for Boulder City. Businesses that have seen a decline in revenue should benefit from the projects once completed.

In future columns I will have more specifics on the advantages and challenges we have. I am thankful for the opportunity to serve as your mayor. Let’s make the Boulder spirit shine.