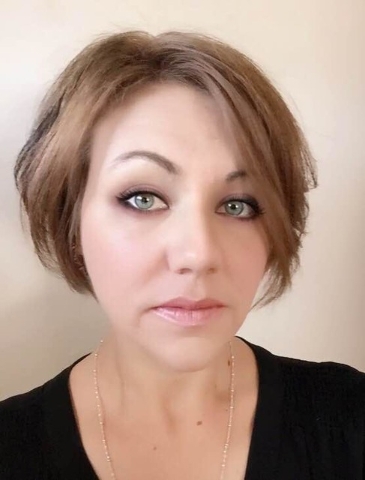 In 2007, Sean Penn adapted the 1996 book “Into the Wild” by Jon Krakauer into a beautifully composed screenplay with the same name, which he also directed. The movie is based on the diary and travels of Christopher McCandless, who shed his birth name in exchange for the moniker Alexander Supertramp. Paramount Vantage has officially credited Boulder City, Lake Mead and Hoover Dam as three of the many filming locations for “Into the Wild.”

Supertramp was a true Aquarius, someone who was led by a thirst for courageous exploration of all things rooted in the great wide open. Often peering up at the sky and poetically capturing his thoughts in a travel diary, Supertramp revolted against conformity. He left everything behind, including all of his money and the “stability” offered by his bachelor’s degree with a double major in history and anthropology.

“Into the Wild’s” cinematic magnificence delivers raw beauty set amongst interesting people as Supertramp makes his way throughout the country. Determined to push himself toward the goal of a “great Alaskan adventure,” Supertramp’s hunger to deviate from society’s material strongholds are well-articulated throughout the film. Places like Lake Mead and Hoover Dam, and the depth of the Colorado River, also are strikingly captured by Penn’s award-winning filmography.

Supertramp’s story doesn’t start, however, with leaving college. His story begins with abuse in the home. His father worked as a specialist for the National Aeronautics and Space Administration. Together, his parents went on to establish a successful consulting business. Both parents were verbally and emotionally abusive to their children.

Supertramp and his sister also often witnessed violent interactions between their parents. The psychological impact of his family’s emphasis on money and the need to accomplish great things supposedly led up to Supertramp’s need to escape not only his home situation, but the world, too.

What wasn’t touched on in the movie is something Alaska Dispatch News columnist Craig Medred continues to speculate about, insisting Supertramp was a schizophrenic in a series of articles dedicated to him.

Supertramp eventually made it to Alaska in April 1992. He came upon what he deemed as a “magic bus” in his writings. Fueled by the words of Count Lev Nikolayevich Tolstoy, whose literal elucidation of the ethical teachings of Jesus has deemed him one of the greatest authors of our time, Supertramp’s diary echoed what Tolstoy often wrote about — an infantlike need for compassion.

Supertramp penned one of his last diary entries from Alaska on July 30, 1992. It read, in part, “Extremely weak. Fault of potato seed.” His 66-pound body was found by hunters two weeks later. They also found a camera with film in it.

A May 2016 OutsideOnline.com article titled “Should We Still Care About Christopher McCandless” raises a question if the movie accurately portrayed how Supertramp died, which is a hot button issue on various online message boards. The piece considers if how Supertramp died has any real impact on his now famous adventures throughout the country.

Regardless of the many articles dedicated to if Supertramp actually died from consuming a poisonous potato seed, there is no doubt that his time in Alaska has become historical.

Supertramp’s trip through the country, and near Boulder City’s points of interest, are something outdoor enthusiasts travel to this day. LegendaryTrips.com details Supertramp’s trail through Lake Mead, Hoover Dam and all the way up to Alaska for those of you looking to plan your next big adventure.

Supertramp’s parents have published their son’s writings and photos in a book titled “Back Into the Wild.” Its profits are donated to a 501(c)3 benefiting mothers in need. The links for the book, to view Supertramp’s actual diary entries and photos, and more are all available at TanyaVece.com.

“Into the Wild” is a film worth watching, not just for the picturesque portrayals of Hoover Dam and Lake Mead, but for its depiction of Supertramp’s inability to understand materialism, which is translated into his undomesticated legacy thanks to Sean Penn’s carefully considerate interpretation of who he truly was at heart.