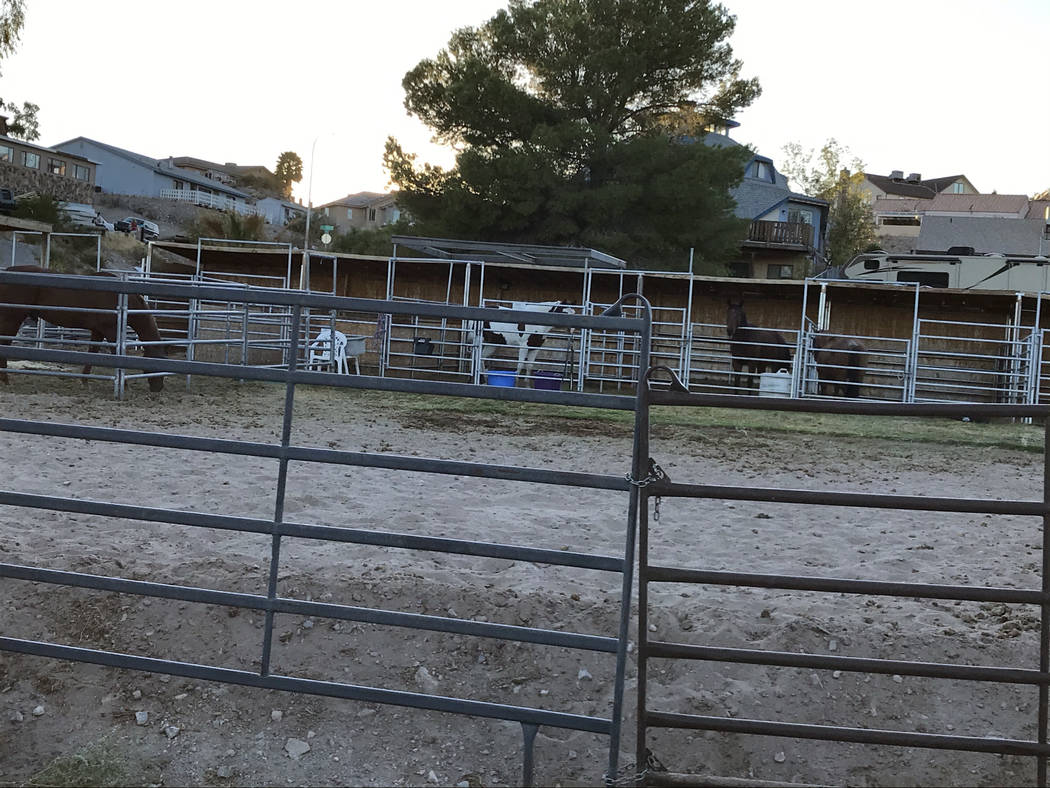 (Hali Bernstein Saylor/Boulder City Review) Several horses can been seen in their pens at the Boulder City Horseman’s Association on Monday, Oct. 21. Five horses had to be euthanized earlier in the week after contracting an unknown illness but which is believed to be equine herpesvirus. 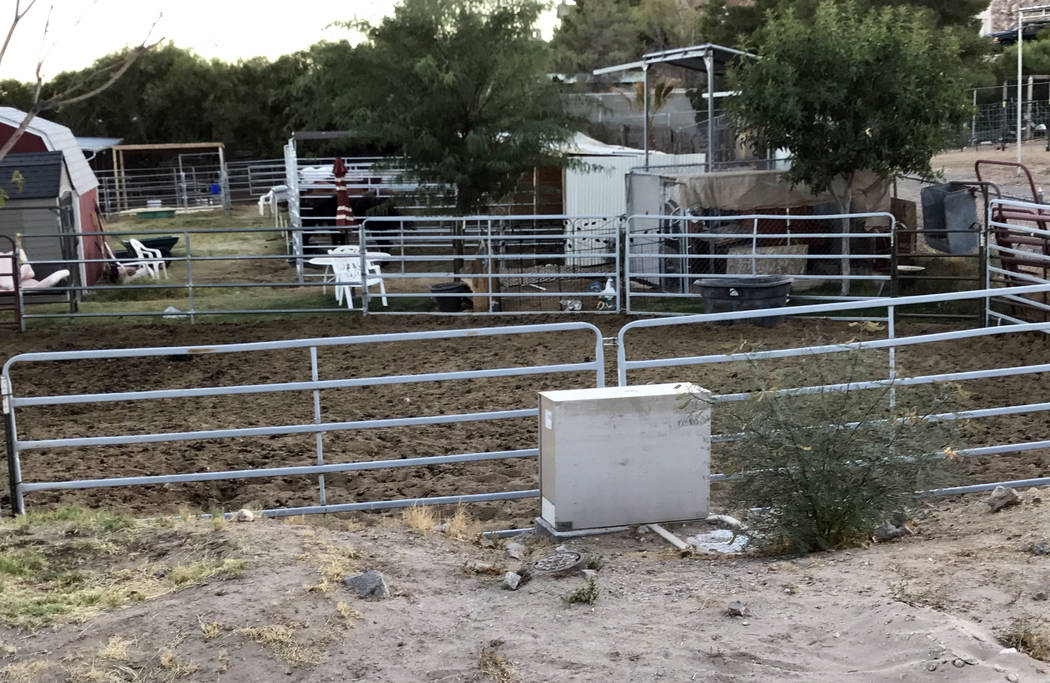 (Hali Bernstein Saylor/Boulder City Review) Five horses at the Boulder City Horseman’s Association, seen Monday, Oct. 21, had to be euthanized recently after contracting an unknown illness that is believed to be equine herpesvirus.

Several horses at the local corrals had to be put down this weekend because of an unknown illness, and the facility is under a mandatory quarantine to prevent more from becoming ill.

According to a statement from Desert Pines Equine Medical and Surgical Center, eight horses were affected and five had to be euthanized. Diagnostic testing from the horses is pending.

“They took blood from a horse that did not go down and one that did,” said Scott Pastore, president of Boulder City Horseman’s Association.

Pastore said the horses have symptoms similar to those of equine herpesvirus but investigators won’t know for sure what is causing them to become sick until the test results come back.

EHV is highly contagious and presents like the flu. Pastore said one of the first symptoms of horses that have contracted it will be a rising temperature. From there, Pastore said, the horses should be observed to see if they are wobbly because that is a sign of a neurological issue.

Animal Control supervisor Ann Inabnitt reported to the corrals when the incidents were first noted.

“This is really, really bad. This is like parvo wiping out our shelter,” she said. “It’s horrible to watch. It’s one of the worst things I’ve seen.”

The city’s animal control and police departments are joining with the state Department of Agriculture to make sure the quarantine is enforced.

The four horses in the Boulder City Police Department’s mounted unit are housed at the corrals but have been moved to a different location to minimize their exposure. Currently, their temperatures are being checked several times a day, and none of them are presenting any symptoms of the illness.

“The mounted horses were moved to a private facility … just to observe them and make sure they don’t get it through any other contact. … Right now everything looks good,” Pastore said. “The horses are doing well, all four of them.”

Pastore said he is also staying away from the mounted unit horses because he could inadvertently carry the disease from the corrals to them.

Pastore said officials can’t pinpoint where the illness came from or how it came to the corrals because it spreads so easily. Cases of it have been reported in Utah and Arizona.

“You can’t prevent something like this. … It’s an airborne, highly contagious virus,” he said.

Because of the quarantine at the corrals, no horses are allowed in or out. The arenas and pens have also been locked to prevent people from using them.

Desert Pines Equine Medical and Surgical Center encourages horse owners to avoid letting their animals have nose-to-nose contact and sharing water sources. They should also contact a veterinarian if the horse’s temperature is more than 101.5 degrees.