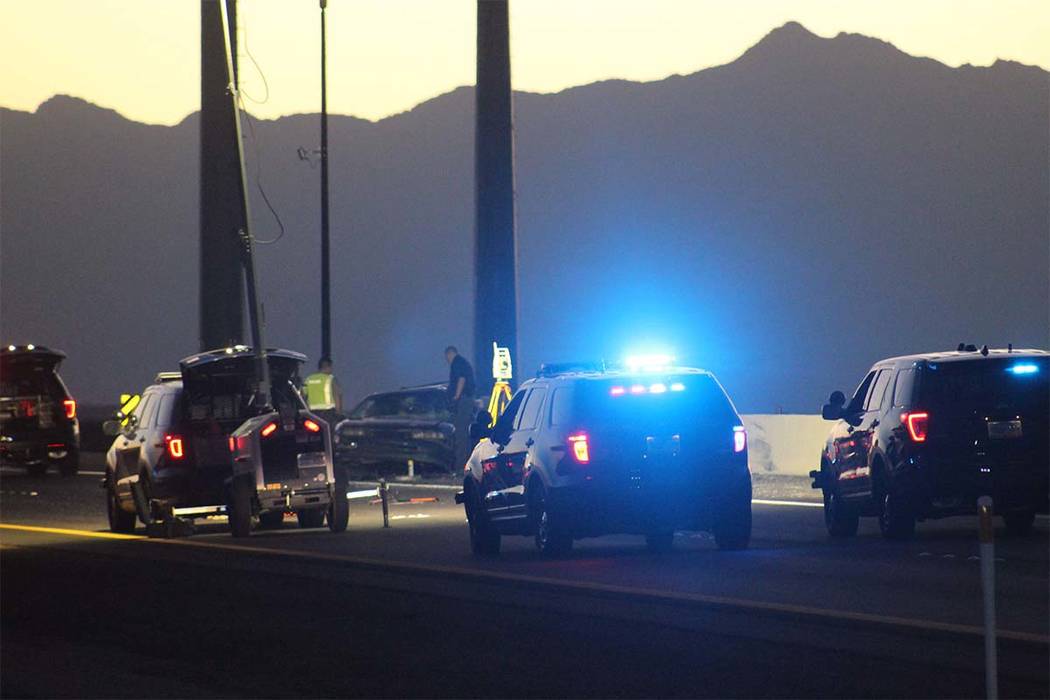 Max Michor/Las Vegas Review-Journal Two people were killed early Tuesday when their vehicle was hit by another vehicle on Interstate 11.

Two people are dead and three others, including a small child, were hospitalized early Tuesday after a crash on Interstate 11.

The crash was reported about 2:20 a.m. after a BMW hit the back of a sedan stopped on the side of the highway, Nevada Highway Patrol Trooper Travis Smaka said.

The female driver, identified by the Clark County coroner’s office as Jennifer Rene Taylor-Beasinger, 49, of Henderson, and a male passenger in the sedan died at the scene. A female passenger in that vehicle was taken to St. Rose Dominican Hospital, Sienna campus, where she was in stable condition, Smaka said.

Troopers suspect that the man driving the BMW was impaired and speeding. A young child was in a car seat in the back.

Smaka said both were taken to University Medical Center and were in stable condition.

I-11 was closed until about 9 a.m., with traffic diverted through Boulder City onto U.S. Highways 93 and 95 at the junction.

This is the second fatal crash on the stretch of highway, which opened less than a month ago. Smaka said both were the result of human error.