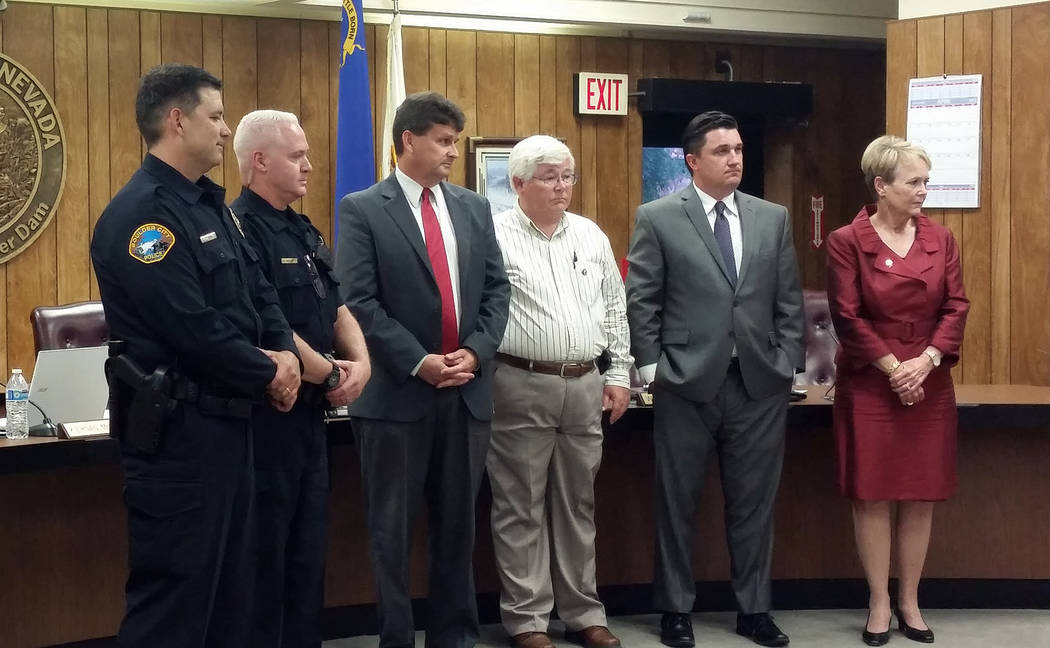 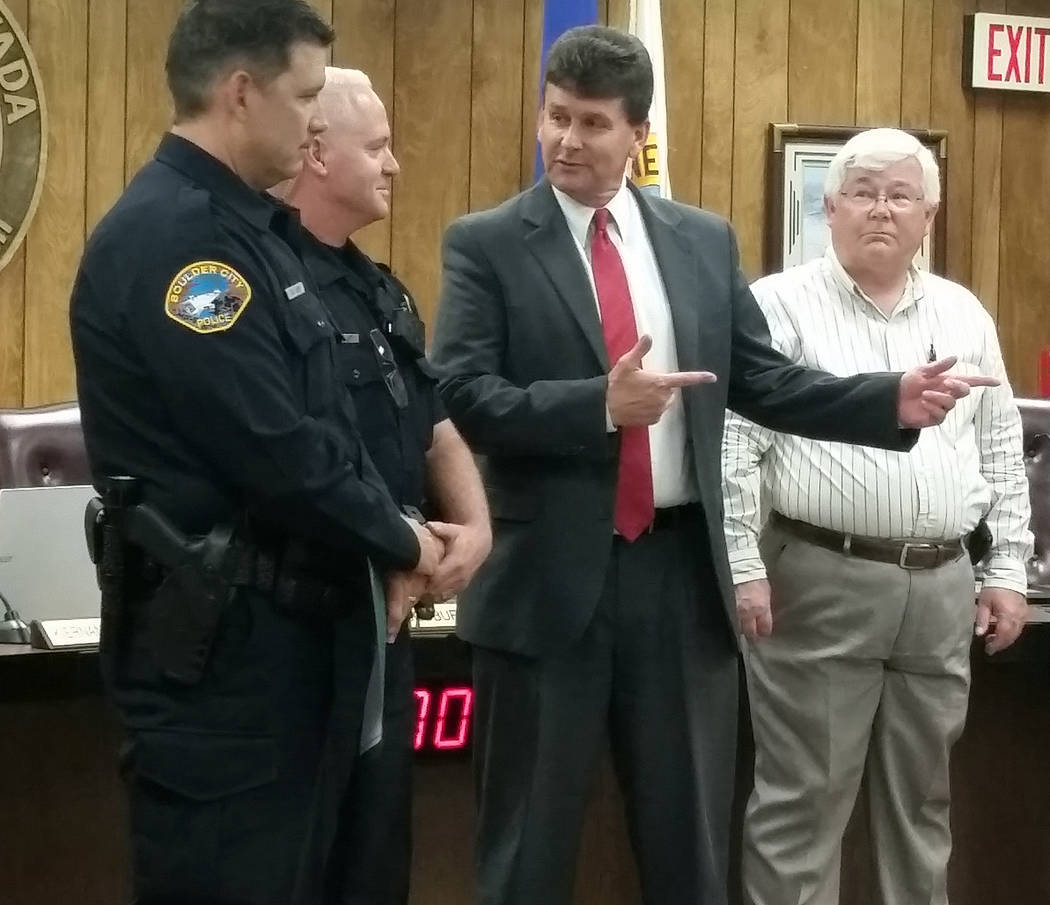 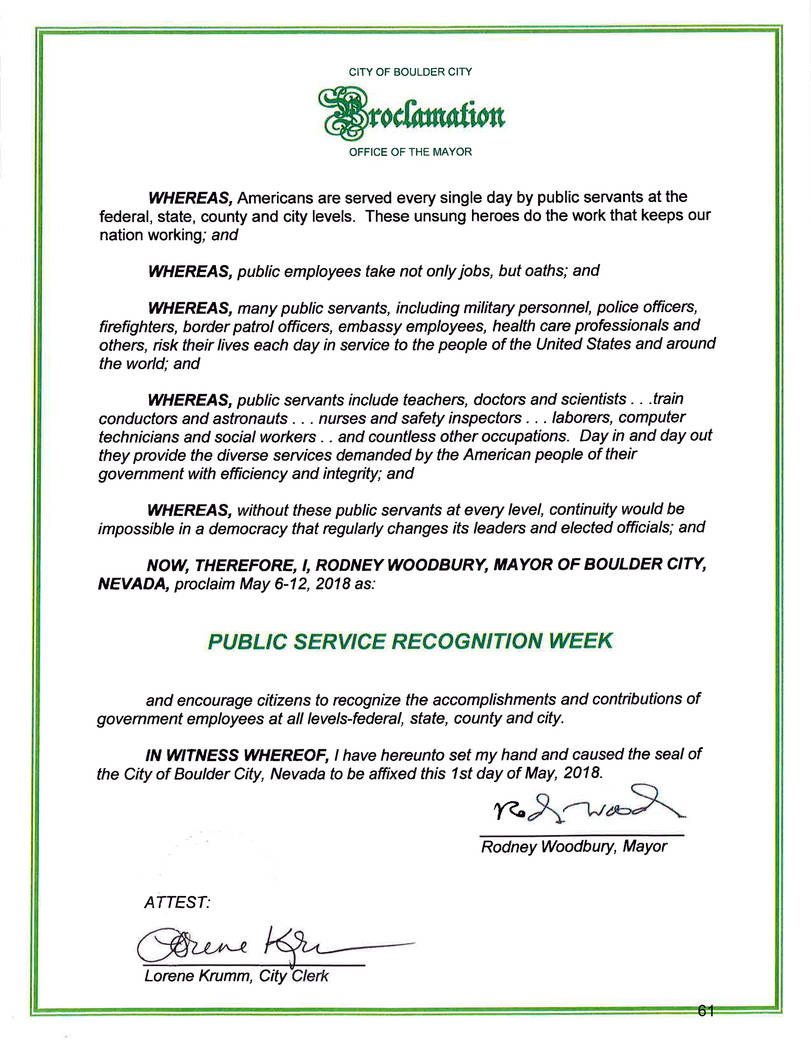 For more than 30 years Public Service Recognition Week has provided an opportunity to celebrate and honor public servants. This year’s observance, Sunday through Saturday, May 6-12, has been recognized by Mayor Rod Woodbury with a special proclamation, honoring those who dedicate their lives to helping others such as teachers, postal workers and city employees.

Additionally, the city is recognizing local public servants through its social media outlets, thanking them for their dedication to making a difference in the lives of local residents.

“I find public service very fulfilling, said Susan Kohlman, a crossing guard. “I love being with the kids. I think every retiree should try it.”

“In my opinion, there is no greater honor than to serve your community,” said City Manager Al Noyola. “Public service has always been in my blood. I witnessed it firsthand as my father was a member of the military and later a U.S. postal employee. I followed in his footsteps in the military and then local governments.”

“Serving the public in the role of a city councilman will surely be the greatest honor of my professional life,” said Rich Shuman.

City Councilwoman Peggy Leavitt credits her mother for showing her the way to public service. Her mother cared for her disabled sister along with six other children and still made time for serving others in their small Wyoming town.

“I’ll always be grateful that the primary role model in my life was my mother … strong, intelligent, independent and above all committed to service.”

“This is a great example of public service right here,” said Mayor Rod Woodbury as he attended ribbon-cutting ceremonies for the recently renovated Lakeview Park. “A lot of public service is listening to ideas and helping make them reality. When you’re giving of your time and service, you work with great people who make Boulder City a great place to live.”

“Being a native of Boulder City, I think it’s important to give back to the community,” said Councilman Kiernan McManus. “I’m happy to put forth the time and effort throughout the community.”

“I’ve done a lot of things in my life. … Being a councilman is the most satisfying job I’ve ever had. I like people and serving the community.”