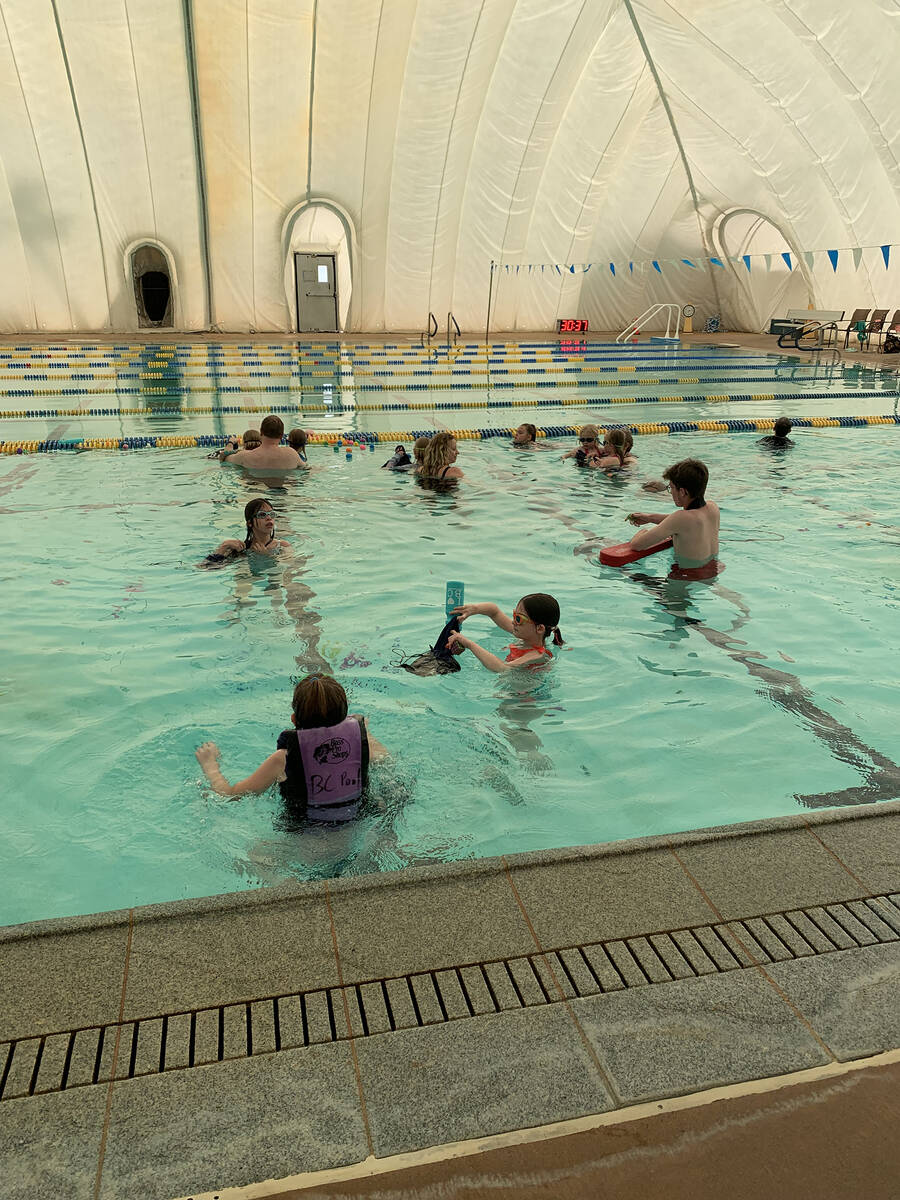 (Hali Bernstein Saylor/Boulder City Review) Youth fees for the pool and swimming lessons could be waived through Dec. 31, 2024, if the City Council approves a resolution at its special meeting at 1 p.m. today, April 7.

According to the agenda packet for today’s special meeting, Mayor Kiernan McManus is suggesting to waive fees for youth sports, youths’ entry to the swimming pool and youth swimming lessons through Dec. 31, 2024.

The purpose is to help children connect with their peers and to create opportunities for them to play by providing a financial break to families, states the staff report in the agenda packet. Additionally, McManus is suggesting that $100,000 from the city’s American Rescue Plan Act funds be set aside to cover the revenue lost from waiving the fees.

“The funding the city has received from the American Rescue Plan Act has guidelines that include addressing impacts from the COVID-19 pandemic on families,” he said. “I had an opportunity to talk with the local school principals recently and one of the issues mentioned was the impact on children with the lack of physical activity and just being able to engage with each other. I believe assigning a small fraction of the ARPA funding to encourage children to get involved in youth sports and physical activities will benefit children that might not otherwise sign up for these programs.”

McManus said city staff estimates these fees to be $50,000 per year.

For that same period of time, she said pool revenue has been $51,763. That revenue includes all entrance fees for adults and children as well as pool rentals and classes.

The special council meeting begins at 1 p.m. in council chambers at City Hall, 401 California Ave. During the meeting, council also will discuss the 2023 fiscal year budget.

The proposed budget has $36.5 million in revenue for the general fund. It includes increasing the fuel budget by $218,618 due to the rise in gas costs and $500,000 to update the city code.

Additionally, it allocates $500,000 in ARPA funds to the city clerk’s office as well as $300,000 to the municipal court for the unfunded state mandates and $80,000 for improving the permit process for public works, community development and the fire department.

The expenses in the proposed 2023 fiscal year budget are approximately $41.9 million. That amount includes transferring $3.6 million from the general fund to the acquisitions and improvements fund and $1.09 million for contingency.

Budget Manager Angela Manninen said the contingency is a “placeholder” in the general fund in case there is an emergency during the fiscal year. The council will then be able “to use it because it’s already budgeted.” If they don’t budget for it and something happens, they have to wait until the next fiscal year to allocate funds.

City Council also will discuss projects in the capital improvement fund and those that could be paid for through ARPA funds.