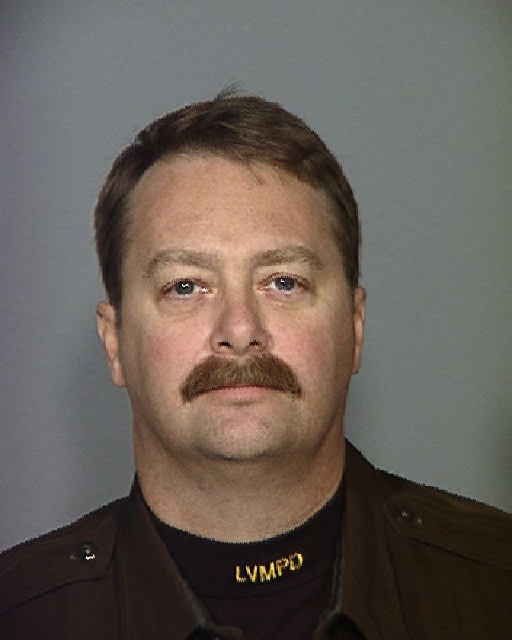 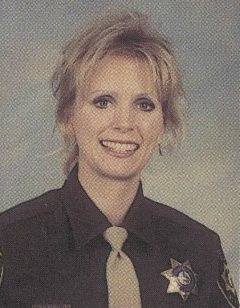 After someone called 911 and hung up on Jan. 21, Metropolitan Police Lt. Hans Walters called back and told the dispatcher he had killed his wife and son.

Talking in a calm, monotone voice, Walters told a dispatcher he had shot and killed his son Max and wife Michelle, killing her “because she’s in such chronic pain from her neck and back, and on more medicine that she’s not going to survive,” according to a 911 recording released Monday by local police.

At the end of the 1 minute, 43 second call he states “forgive me for my sins.”

The recording, released by the Boulder City Police Department, is of the call Walters, 52, made after shooting his 46-year-old wife and 5-year-old son, and setting the house at 1313 Esther Drive on fire.

“I feel terrible for doing it,” he said before pausing. The dispatcher, Sicily Orton, tried to ask a question but Walters said, “Please don’t, please don’t interrupt me, please.”

He warned Orton that he would “open fire” on any firefighters that approached the hydrant in front of his house because he wanted the house to burn.

“So, I have to wait until the house is burning and then I’m going to shoot myself, OK?”

He then stated, “Don’t ask me any questions. This is real. This isn’t a joke.”

Walters states he set the garage and bedroom on fire, with his wife in the bedroom where he said he had “shot her in the head.” He stated he shot son Max in the head while he was in the living room watching a cartoon.

Police from Boulder City, as well as Henderson and North Las Vegas responded to the call. The SWAT teams set up a command center in the parking lot of Martha P. King Elementary School, which was closed that Monday for the Martin Luther King Jr., holiday observation.

Max, whose legal name was Maximilian, was found by SWAT officers when they entered the home. They removed him before they retreated because of the fire’s intensity.

Kathryn Walters, who had been shot above the eye brow, was later located on the bed in the master bedroom. She would have to be identified by fingerprints. Max was shot in the back of the head. Hans shot himself above the right ear.

The investigation paints Michelle Walters, whose legal first name was Kathryn, as a woman in increasing pain from a back injury probably suffered because of her passion for running, and Hans Walters under increasing financial and emotional stress.

The investigation included interviews with first responders to the Jan. 21 incident, as well as co-workers, family and neighbors.

According to interviews with family and friends of the Walters family, Hans hinted at the possibility his wife was abusing pain medication. She had already had one back surgery and was scheduled for another in February.

A neighbor who “frequently” took Max to school said Michelle took “many prescriptions for depression and back issues.”

Michelle would sometimes sleep during different times of the day, possibly struggling to take care of son Max. Hans was about to be switched to the graveyard shift, which means he would need more sleep during the day.

Friends also surmised that the Walters family had already spent a substantial amount of money to have Max through in vitro fertilization.

Less than a week before the murder-suicide, a co-worker told investigators that Hans Walters started giving away some items out of his desk.

Friends and family painted the couple as good together with no indication of violence or abuse.

Although the Walters family moved to Boulder City in 2005, neighbors told investigators they didn’t really know them. One said they didn’t know a child lived there.

The autopsy report revealed Hans had the words “Maximilian” and “Michelle” tattooed on his right arm.