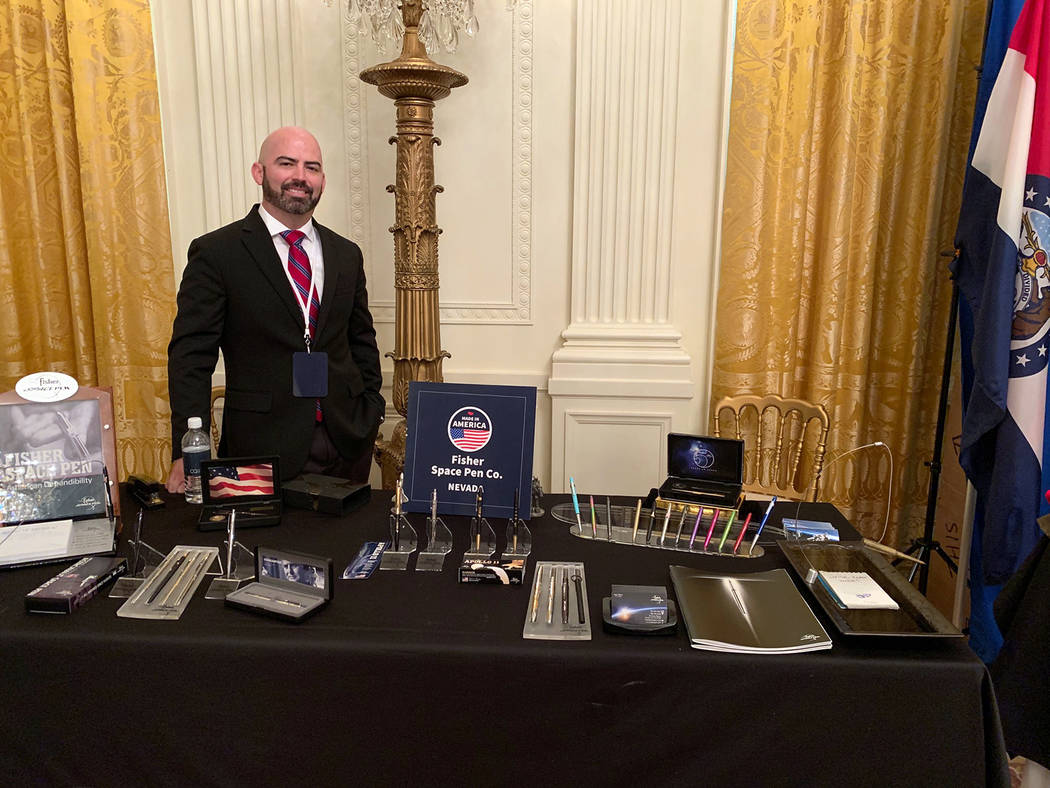 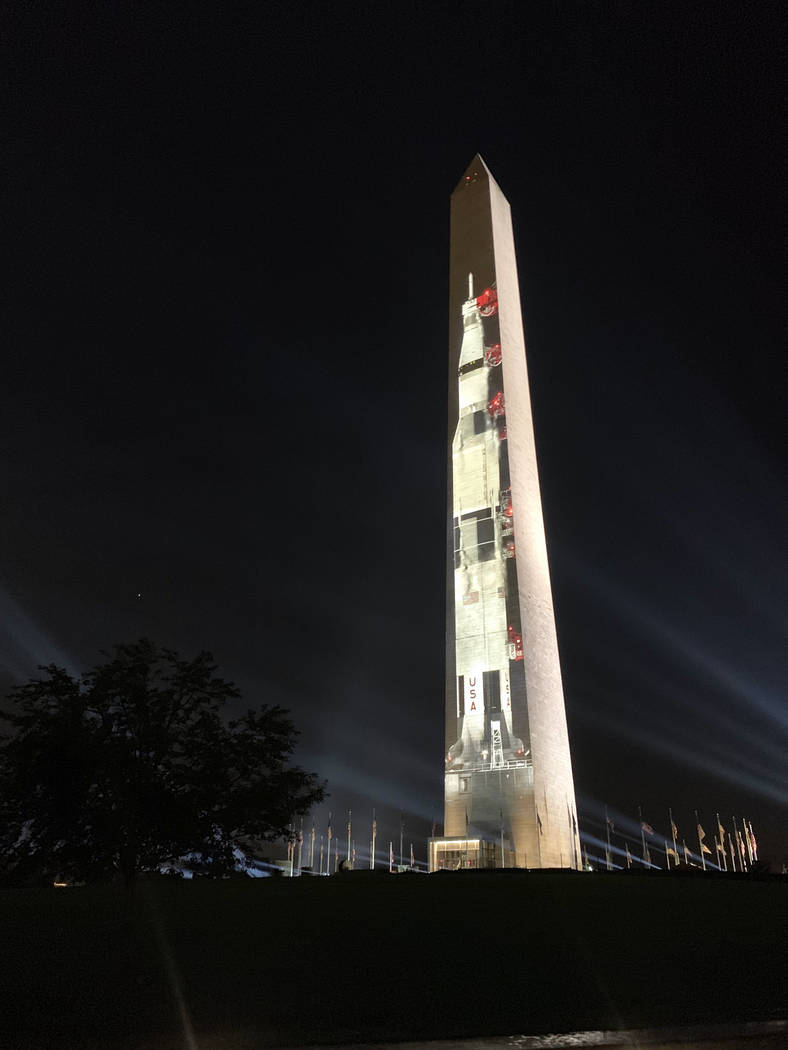 (Matt Fisher) During their recent visit to Washington, D.C., Matt Fisher and Cary Fisher of Fisher Space Pen were able to see the Saturn V Rocket image projected onto the Washington Monument.

Even with their products having traveled to the moon and back, a visit to the nation’s capital is one of the most memorable experiences for the family behind Fisher Space Pen.

On Monday, July 15, Cary Fisher and Matt Fisher, son and grandson, respectively, of company founder Paul Fisher, represented their company and Nevada at the third White House Made in America Product Showcase.

“They reached out and invited us and we jumped at the opportunity. … It really was a privilege,” said Matt Fisher, who serves as the company’s vice president of sales and marketing.

He said he and his dad enjoyed the showcase and meeting high-profile people, including Vice President Mike Pence and Secretary of Housing and Urban Development Ben Carson.

“He (Pence) congratulated us for keeping the business in the family,” Matt Fisher said, who gave Pence and Carson their own space pens.

He also said his favorite part of the event was experiencing it with his dad.

“We are grateful and excited for this opportunity to showcase the revolutionary Fisher Space Pen products,” said Cary Fisher, company president. “Our products are a symbol of American ingenuity and technology. They are made in America but are known and loved all over the world and in space.”

The product showcase was created to “celebrate and support the most incredible products in the world,” according to President Donald Trump in his speech on Monday. It included manufacturers from all 50 states.

In 1948, Paul Fisher founded the company in California and started developing the pen and cartridge that would eventually be used in every manned NASA space flight. In 1976, he moved the company to Boulder City where it still operates today.

Fisher Space pens write in the harshest of conditions including zero gravity, over grease, at any angle and underwater. In 1968, one of its pens was used on the Apollo 7 mission and since then a space pen has flown on every manned spaceflight.

To recognize the 50th anniversary of NASA’s Apollo 11 July 1969 spaceflight, during which astronauts Neil Armstrong and lunar module pilot Buzz Aldrin landed on the moon, the company released a commemorative pen and coin set. That set and a Fisher Space Pen display were unveiled at the Kennedy Space Center’s Saturn V Center in Florida earlier this year.

It also recently received a $5,000 grant through Nevada’s Small Business Administration’s competitive State Trade Expansion Program. The money will be used to visit prospective distributors in other countries.