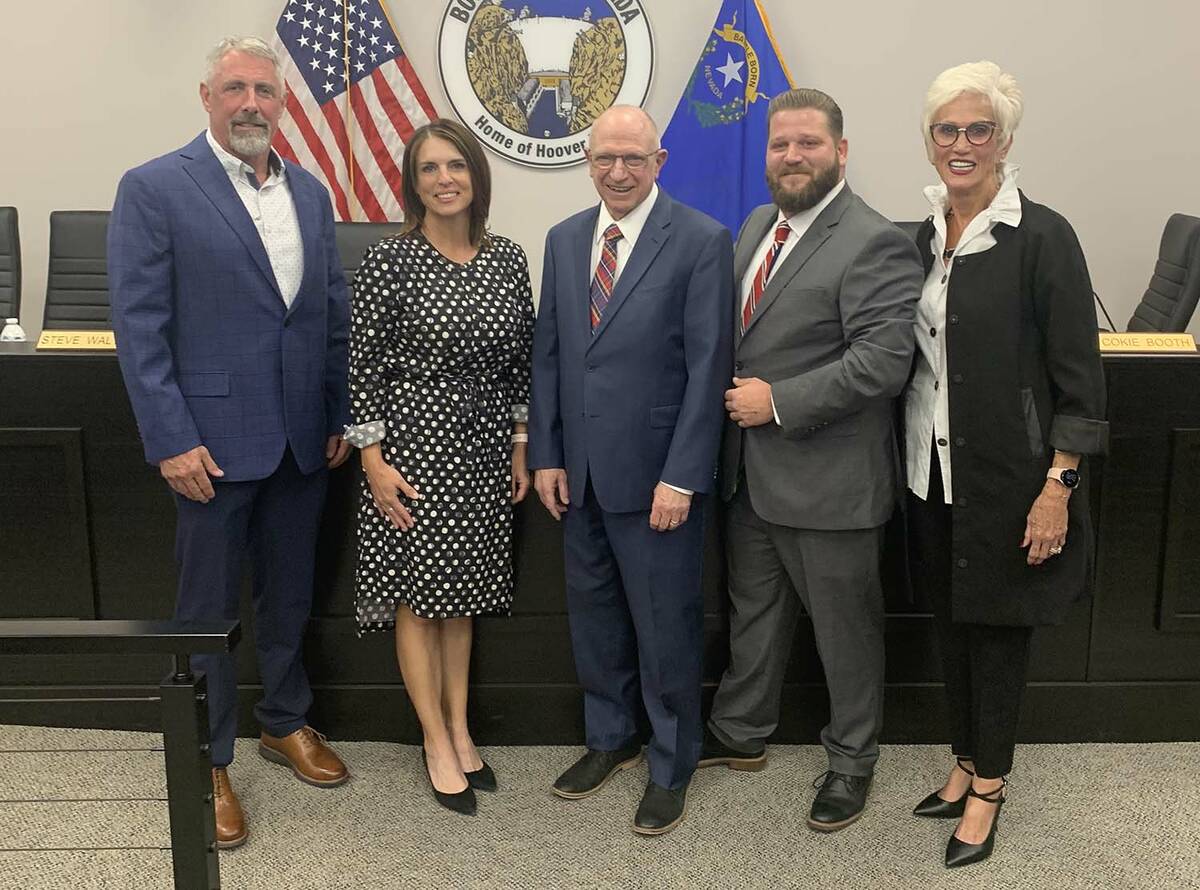 Hardy was sworn into office by his son, judge Joe Hardy Jr. City Clerk Tami McKay gave the oath of office to Walton and Booth.

Hardy said he wanted to have an open discussion and allow members to nominate themselves concerning appointments.

“We need everyone on council not only on the same boat, but rowing in the same direction,” he said.

Jorgensen volunteered herself for all positions related to education.

“Having been a former teacher, I am very interested in education,” she said.

Councilman Matt Fox said he would like to remain on the Workforce Connection Committee and continue being an alternate for the League of Cities.

“I know you’re doing water, which will take a lot of time,” Booth said to Walton.

“From my perspective, I believe there are crossovers and relationships between the water authority and the convention visitors authority that could be leveraged by a single individual,” Walton replied.

Hardy weighed in, saying he would vote for Walton on this particular appointment, but wanted to be sure Booth “has something important elsewhere.”

Jorgensen offered Booth her position on the Nevada Public Agency Insurance Pool Board of Directors, also known as POOL/PACT.

“I don’t know what POOL/PACT does, but I am happy to learn anything that’s out there for me to learn,” Booth said.

City Attorney Brittany Walker explained, stating, “POOL/PACT is our insurance agency that’s essentially the coalition of several different municipalities that provide both insurance coverage and training opportunities and educational opportunities for the city.”

Booth suggested Walton take the POOL/PACT position so she could be on the LVCVA.

“I’m not opposed to serving anywhere,” Walton said. “But, I believe that the value in combining the water authority and the legislative committee with the LVCVA has much more value than separating them,” Walton said.

Hardy explained that the LVCVA and the Las Vegas Global Economic Alliance have traditionally been the mayor’s job, but he has separated them “because I need more people out there doing things representing us.”

Booth then nominated Walton to serve on the LVCVA and he was unanimously selected. She accepted the POOL/PACT appointment.