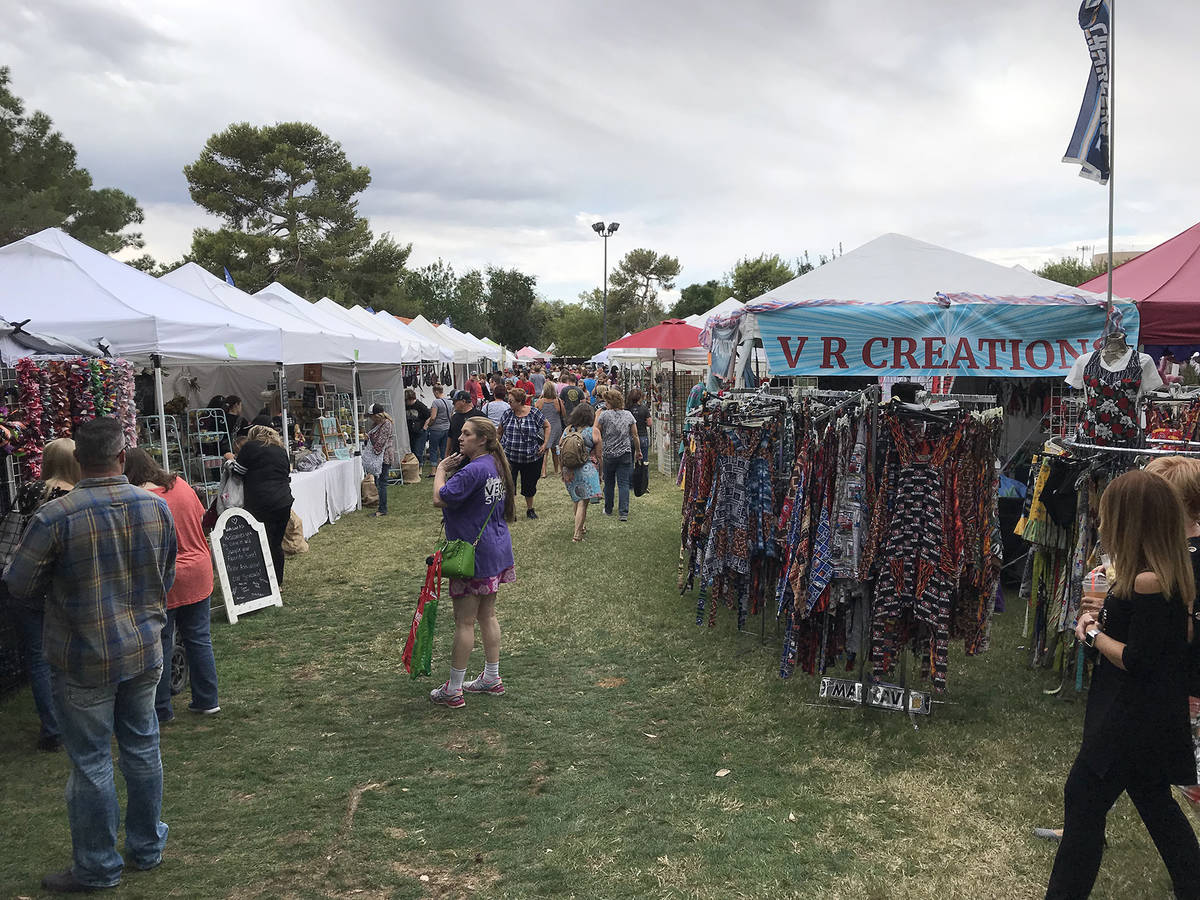 Gov. Steve Sisolak announced Tuesday, April 13, that all statewide social distancing mandates will be lifted starting May 1, with the goal of reopening the entire state to 100 percent capacity by June 1, allowing events such as Boulder City Hospital Foundation's Art in the Park to be held. It is scheduled for Oct. 2 and 3.

Nevada will lift all statewide social distancing mandates starting May 1, with the goal of reopening the entire state to 100 percent capacity by June 1, Sisolak announced Tuesday.

The requirement to wear a mask while in public will remain in place for an undetermined amount of time, and counties will not have the authority to override that, Sisolak said during a news conference in Carson City.

“After extensive conversations with state health officials, and with the goal to reopen to 100 percent capacity across Nevada by June 1, we will remove the statewide required social distancing mandate as of May 1,” Sisolak said.

Sisolak cited a stabilization of most COVID-19 statistics combined with a continued increase in the number of Nevadans getting vaccinated as reasons for the more aggressive reopening approach, one which he said would aid in kick-starting the state’s economy. Roughly 40 percent of Nevadans 16 years old and older have started the vaccine process, Sisolak said, and about one-quarter of all residents 16 and older are fully vaccinated.

The plan to transition mitigation authority to local governments starting May 1 remains in place, Sisolak said, adding that he understands that some local governments will choose to move to full reopening before June 1.

“It’s great news, but residents still need to be responsible moving forward. We’ve come a long way and do not want to make choices that set us back,” said Will Gray, Boulder City fire chief/COVID response incident commander. “We’ve been fortunate as a community to keep our positivity rate low over the past year. Moving forward, we will be receiving our local control guidance from Clark County. More details of this will be shared as it becomes available.”

As for the statewide mask mandate that is staying in place, Sisolak said that he does not have a specific date in mind for when the state could lift that.

Some rural counties, many of which have been vocal critics of Sisolak’s COVID-19 restrictions, look poised to reopen as soon as they’re allowed. The Nye County Commission last week voted unanimously to direct staff to allow businesses to open at 100 percent capacity and fully open government facilities.

But Nevada’s urban counties of Clark and Washoe are planning a more tempered approach.

The Clark County Commission is scheduled to vote on a reopening plan during a meeting next Tuesday, April 20, that it will submit to the state for approval. That plan includes some smaller changes, such as increasing the number of people allowed at a restaurant table from six to 10 and the reopening of buffets and nightclubs if social distancing is in place.

Authority over mandates for schools will be handed over to local school districts starting May 1.

For Nevada’s economy, reopening to full capacity by summer could be a major shot in the arm as it works to ramp back up the tourism and gaming sectors.

“Vaccinating our residents and disease surveillance will continue to be priorities for the city emergency operations center, well into the summer. I’m optimistic that there is light at the end of this tunnel, but based on the data still coming in, we are not at the end just yet, but getting closer every week,” Gray said.