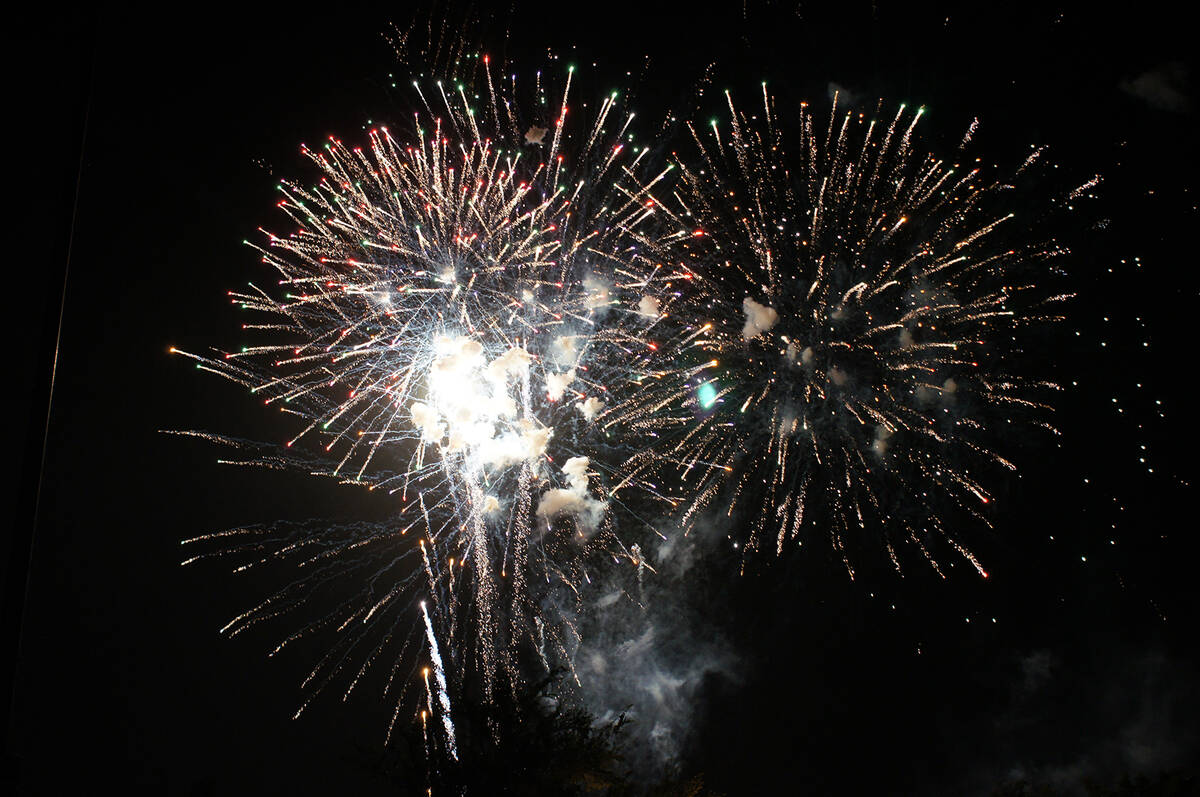 File photo A professional fireworks show, such as the one at the Damboree celebration, are a safer alternative way to celebrate July 4.

Only fireworks labeled “safe and sane” can be set off within the county, including Boulder City, and only from Tuesday, June 28, through July 4, when nonprofit groups are allowed to sell them as fundraisers in licensed and inspected stands.

“Safe and sane” fireworks include sparklers and fireworks that keep to a small, circular area on the ground and don’t explode in the air. Illegal fireworks include firecrackers, Roman candles and sky rockets — any item made of highly combustible materials.

Officials caution that even “safe and sane” fireworks can cause injuries and fires. They should only be used with adult supervision.

According to the National Fire Protection Association, fireworks cause more than 19,000 fires and send more than 9,000 people to hospital emergency rooms each year. Children younger than 15 accounted for more than 36 percent of fireworks-related injuries. Burns to the hands, arms and legs were the most common.

They also cause millions of dollars in property damage.

In addition, the noise from illegal fireworks can trigger problems for those suffering from post-traumatic stress disorder as well as frighten pets, who often run away.

Holiday celebrants should note that no fireworks are allowed in local parks or on public lands including anywhere within the Lake Mead National Recreation Area.

Additionally, to help stop the use of illegal fireworks, anyone caught using them in the county will face a minimum fine of $500, up from $250, along with disposal fees.

People are also encouraged to attend events with professional fireworks shows, such as the Damboree, which will feature an aerial display starting at 9 p.m. at Veterans’ Memorial Park.

City officials remind residents that the dry lake bed in the Eldorado Valley will be closed for the holiday weekend.

Since 2014, it has closed July 3-5 to prevent gatherings and littering. Before that, the dry lake bed was the site of parties that left the area strewn with trash and human waste. Additionally, large crowds, the presence of alcohol and use of illegal fireworks created public safety concerns and emergency response challenges for police officers and firefighters.