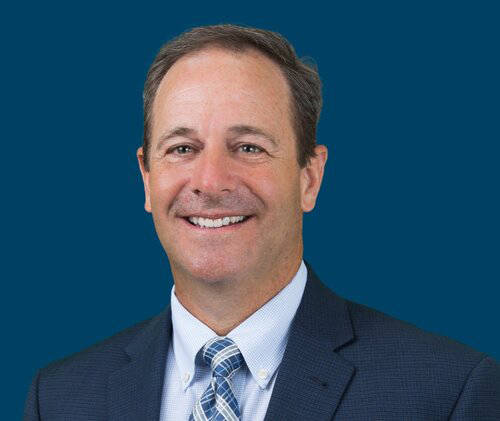 (Clark County Medical Society) Dr. Derek Meeks is the emergency department medical director and on the board of trustees at Boulder City Hospital and vice dean and associate professor, Touro University College of Osteopathic Medicine.

“This one is crazy and scary,” said Dr. Derek Meeks of how COVID-19 is affecting the medical community.

Meeks, who serves on the board of trustees at Boulder City Hospital and for the Clark County Medical Society, said he can’t imagine what staff members at medical facilities in large cities such as New York are going through.

Even though Boulder City is a relatively small hospital, he and other staff members take extraordinary precautions to protect their families from possible exposure to COVID-19. He hears the same thing from colleagues.

As medical director of the emergency department at Boulder City Hospital and vice dean and an associate professor at Touro University College of Osteopathic Medicine, Meeks said infectious control procedures have been a part of his life for years.

“In the ER (emergency room), we are used to the risk of infections.”

He said the number of ways a person can get infected are overwhelming if they stop to think about it and adds to the stress of an already stressful situation.

“I did a shift in the ER two days ago; it was really challenging,” he said Friday, April 3, during a telephone interview.

For starters, he said the N95 masks are very “uncomfortable.” After wearing them for just an hour, they start to get itchy so he has to be extremely careful not to scratch his face.

He also washed his hand so many times, his skin began to break down.

“You have to stay vigilant constantly,” noting that people come into the hospital daily with symptoms of COVID-19.

When his shift was over, he removed his clothes and shoes and put them into a trash bag before showering and changing into another outfit.

“I cleaned the bottom of my shoes when I left the hospital and before I got into my car,” he said.

He said he remains as far as he can from his wife when he gets home and they are sleeping in different rooms to keep distance between them.

“It’s strange and different,” he said.

Another challenge is that when he comes home after a “scary shift” he can’t use his normal support system: his wife and family.

Meeks added he hasn’t been able to hug his daughter, her husband or their two children, who recently returned home from a three-month trip to Australia and New Zealand.

He and his co-workers also are concerned about what would happen if one of them gets sick and has to be quarantined.

“ER docs are used to making do and getting by, but we already have a nurse or two out because of this. I imagine that is true everywhere.”

Meeks said he is not an expert on COVID-19 and tries to keep up to date with all the latest information. But that, too, can be overwhelming. He said he can get about 100 emails a day with updates about the virus.

Based on what he has seen and learned from the Centers for Disease Control and Prevention, Meeks said he believes Nevada will be “hit hard” by the coronavirus in the next two weeks.

He praises the tough decision made by Gov. Steve Sisolak and other government officials.

“I think the quarantine is a wonderful thing for everyone’s health. I don’t think the emergency system could have handled (the number of cases) if there had not been a quarantine. There are not enough ICU beds and ventilators.

“I do think it was the right move as much as I hate the quarantine. The idea of flattening the curve was necessary for health care to manage patients.”