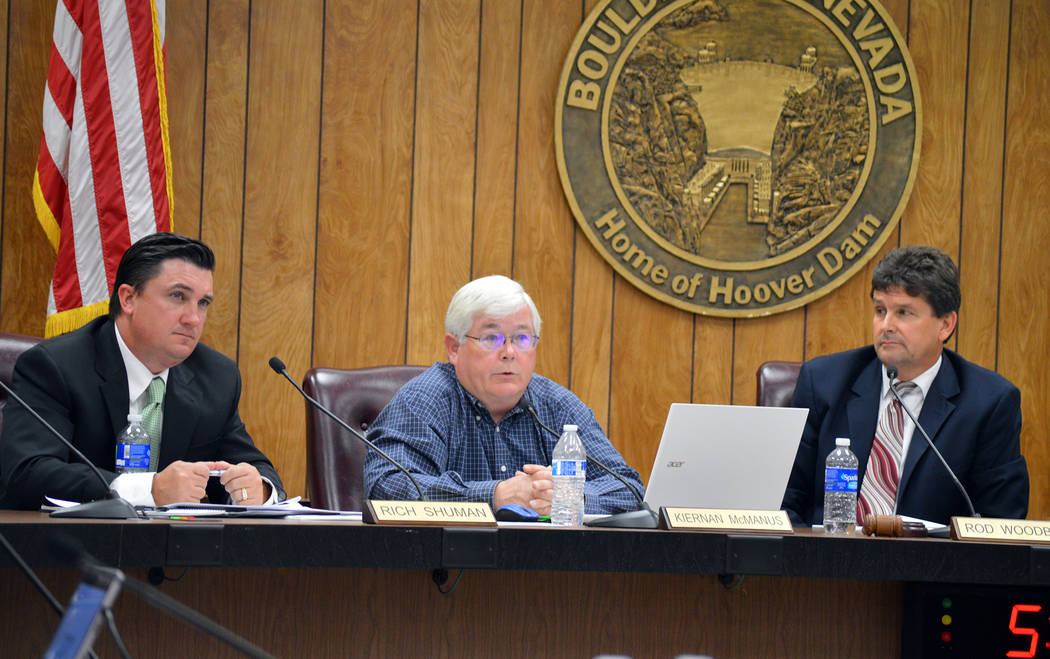 City Council is one step closer to hiring a new city manager after its meeting Tuesday evening.

City Administrative Officer Bryce Boldt told the council that 35 people had applied for the job, and it needed to guide California-based Bob Murray &Associates in its next step of the hiring process. The firm was hired by the council to handle recruitment for a new city manager.

Boldt said the council could create an advisory committee to narrow down the field to six candidates or the firm could it.

Councilman Kiernan McManus asked Boldt if the council could give input to the firm before it narrows the candidates down to six, as that sample size is small.

“My concern is I don’t want to be given so small of a sample that there are people I may believe could be good at the job that are not going to be considered,” he said.

Councilman Rich Shuman agreed with what McManus said and suggested that the firm narrow the 35 candidates down to its top 15, which council members could then rate from one to 15.

“That produces a group of say eight that we could come back to the council with and choose from that group,” he said.

Mayor Rod Woodbury disagreed with having eight candidates come before council for an interview.

“I’m fine with that process,” he said. “To me that would be in lieu of a selection committee … I would say when we finally get to interviews I don’t want it to be eight people … I think that’s too many, but I’m willing to listen to contrary opinions, but that’s going to be a heck of a long meeting if we are interviewing eight people.”

McManus suggested having two rounds of council input, which Shuman agreed was a good idea. Councilwoman Peggy Leavitt suggested that they see if there is a natural break among the top 15 candidates rather than setting a specific number.

“Sometimes when you’re … reviewing a lot of resumes and applications like that there is a natural break … so it might become evident to him after we do our ranking of the … top 15 … there might be a natural break of maybe five candidates which I don’t think is unreasonable,” she said.

McManus made a motion that Bob Murray &Associates narrow down the candidates to the top 15 and once the council members have had a chance to review those applications, it would then decide its next step. The motion was approved unanimously.

■ Announced that a public meeting about the Boulder City Parkway complete streets project would be held at 5 p.m. Tuesday, Oct. 3, at the Elaine K. Smith Center, 700 Wyoming St.

■ Announced the first town hall meeting would be held from 6-7 p.m. Wednesday, Oct. 11, at the Elaine K. Smith Center, 700 Wyoming St. The topic is the utility fund and utility rates.