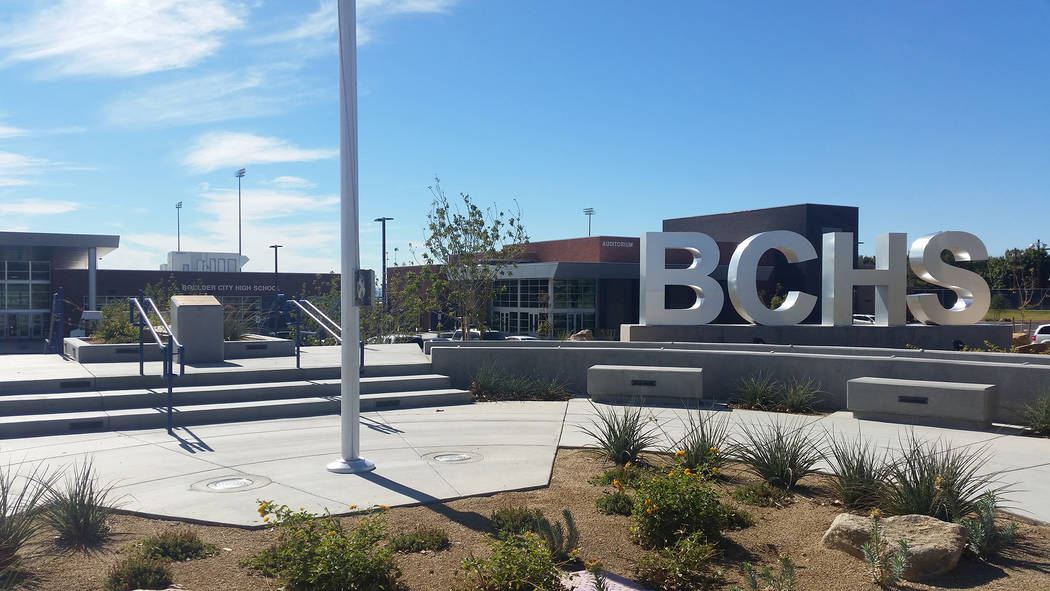 Boulder City High School will not lose its dean or any other staff members due to a new budget cut for the next school year, which begins Aug. 12.

Boulder City High School will not lose its dean or any other staff members despite having to cut money from its budget to help offset the district’s estimated $17 million deficit.

Clark County School District recently decided to have every middle and high school cut $98.02 per student from their budgets for the 2019-2020 school year. Originally, it planned to eliminate all 170 dean positions at secondary schools to balance its budget.

Under the new plan, the high school has to cut $61,262.50, according to school district documents.

Principal Amy Wagner said the money was moved from the school’s supplies and services budget line item. No teacher positions or support services were cut to cover the loss.

“Our dean of students, TJ Steckelberg, is an integral part of the BCHS campus,” she wrote in an email. “Mr. Steckelberg’s primary role is in building relationships with students and parents as well as to develop a partnership with families ensuring that our students at BCHS are successful. We are all very excited that Mr. Steckelberg will be on our campus this upcoming school year.”

Losing the dean position would have taken $109,634.47 from the high school’s funding.

Garrett Junior High School does not have a dean and was not initially affected by the elimination. Now, however, it will have to cut $47,539.70 from its budget.

“The effects will not be felt by students,” said Alison Bradley, assistant principal.

According to Bradley, they did not have to cut anything directly from the classrooms or people in the building. She also said former Principal Jamey Hood had left the school in good financial shape when she retired earlier this year.

“We’re always going to do what is best for our students’ success,” she added.

Deans handle matters including discipline, attendance and teacher evaluations, and the school district’s initial decision to eliminate them was met with criticism and a lawsuit.

Clark County Association of School Administrators and Professional-Technical Employees filed a lawsuit in District Court in June, alleging the school board violated state open meeting laws. That lawsuit is still moving forward despite the positions being reinstated.

To help provide a safe environment for students without the deans, the district had added two new positions as options for the schools. They were a student success coordinator and a student success project facilitator. Both would be funded from the individual strategic budgets.

BCHS was supposed to receive a new employee when Steckelberg’s job was eliminated, but now Wagner does not know if that position will move forward.

“At this time, we are unsure if a student success coordinator or facilitator will be added to our school,” she said.