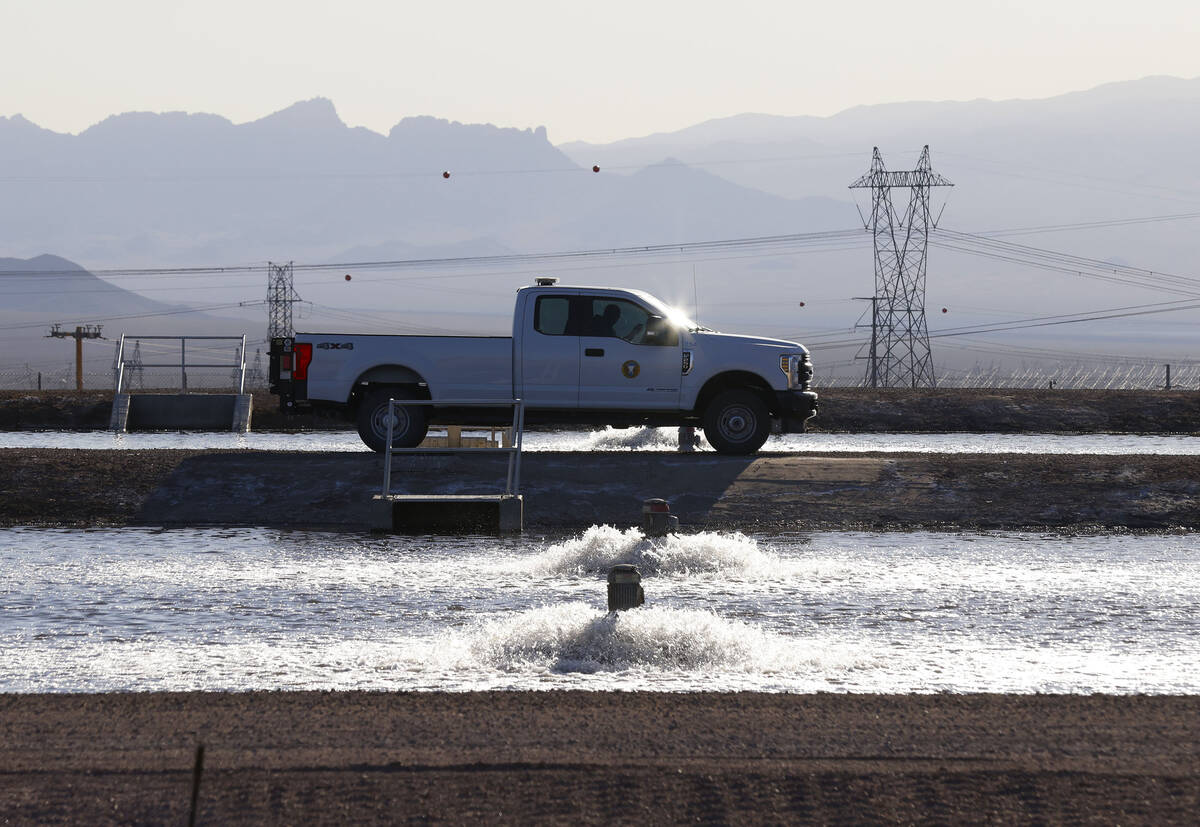 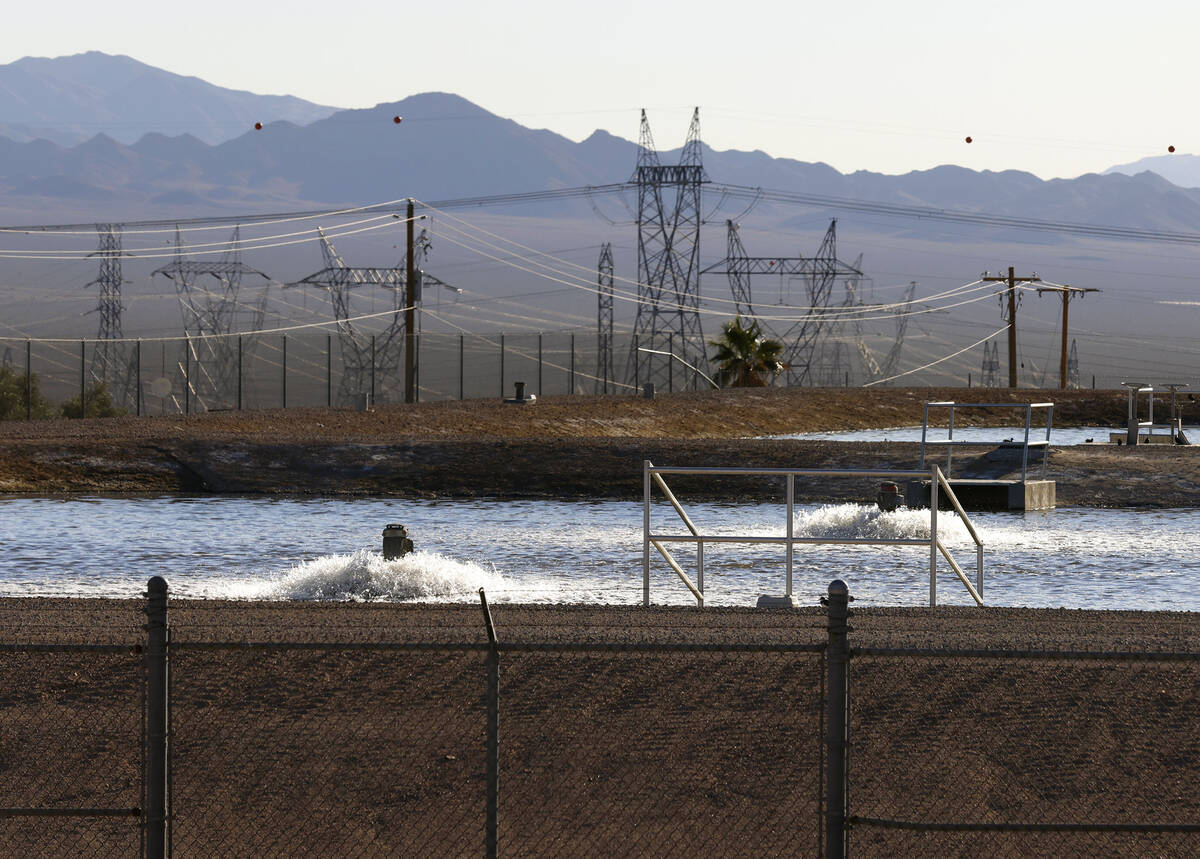 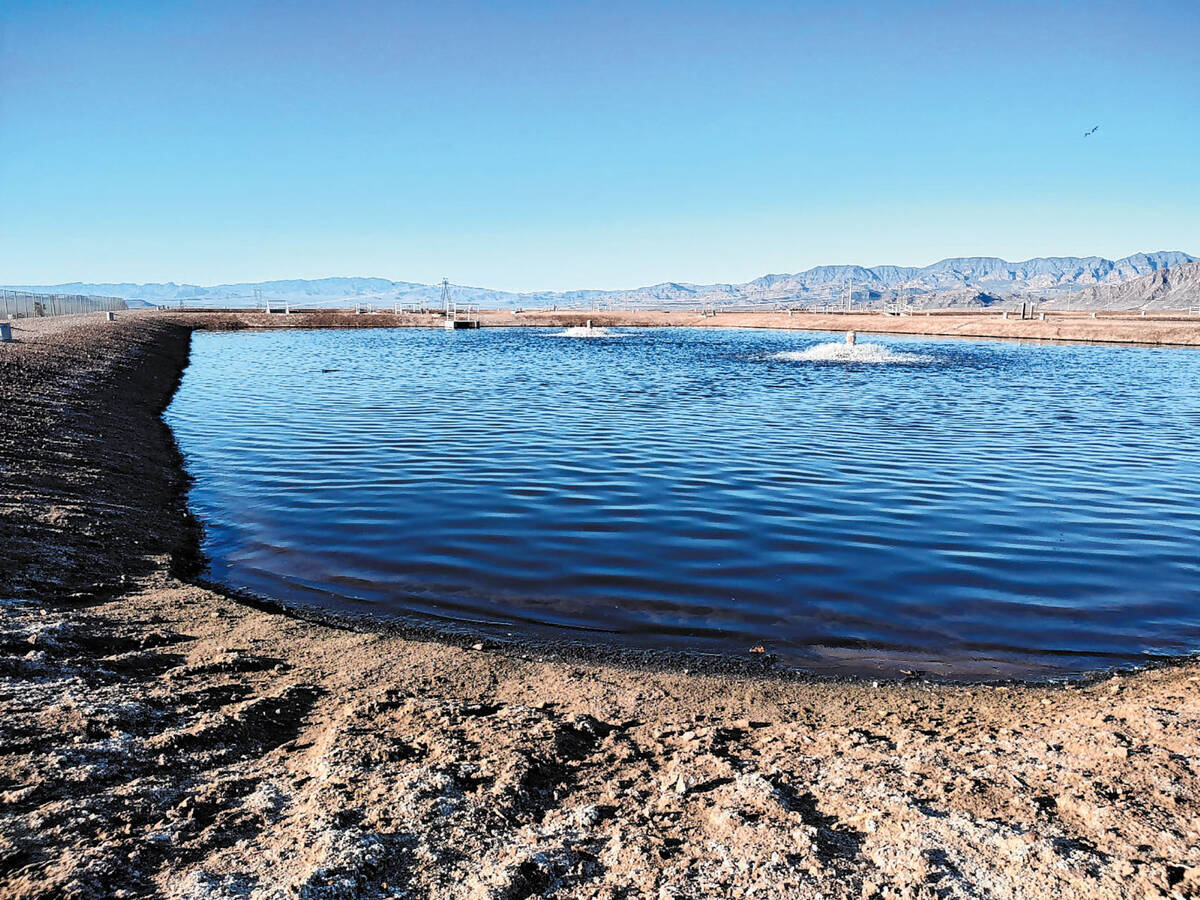 (Marvin Clemons/Las Vegas Review-Journal) This is one of about a dozen Boulder City detention ponds that have been operating since the 1970s. Lake Mead water that is used in community homes is lightly treated and pumped into the ponds to evaporate. Between 1 million and 1.5 millions gallons each day is lost after a single use. 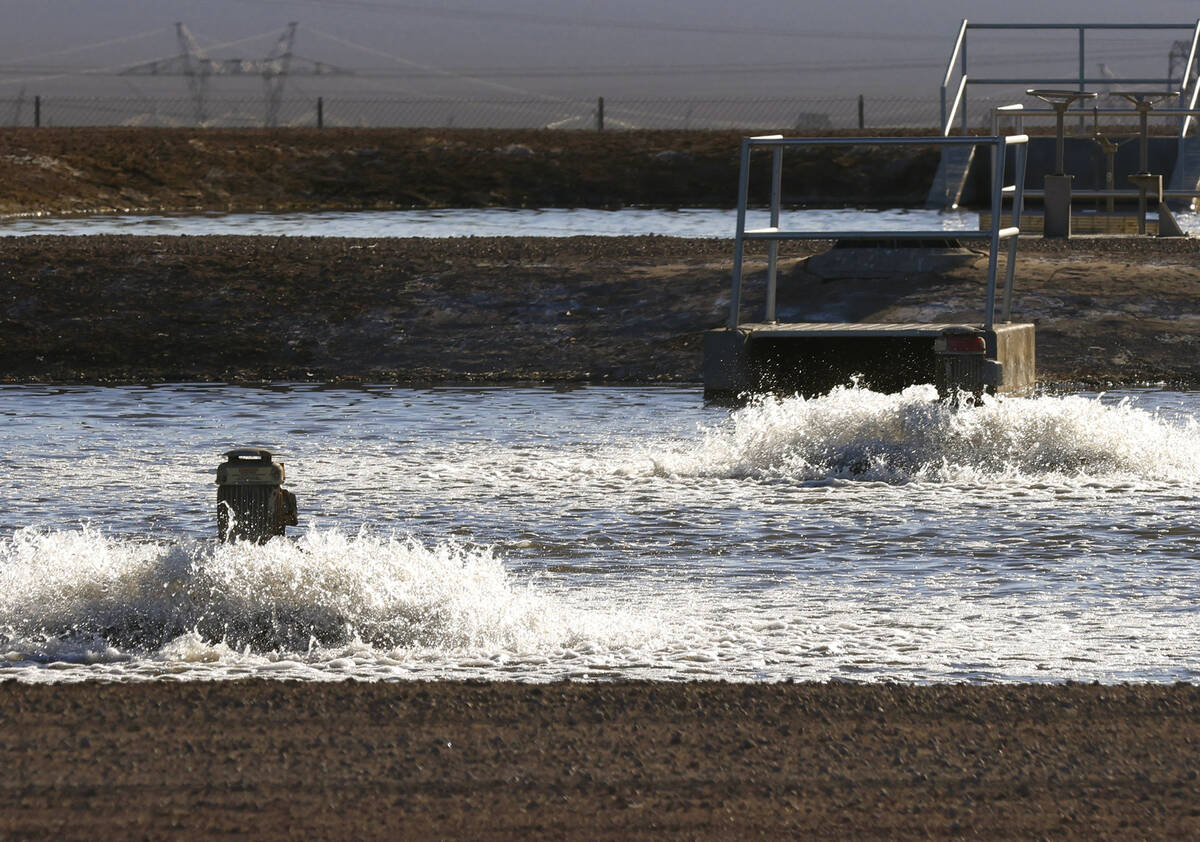 But that could change as Boulder City’s new mayor favors ending the community’s decades-long waste of precious water.

Currently, Boulder City’s 16,000 residents use up to 1.5 million gallons of water a day for drinking, bathing, cooking and other needs. The water is then lightly treated, and some is sold for construction and other nonhuman use, but the majority is pumped into nearby evaporation ponds. In 2021, 250 million gallons were lost after one use.

City officials are considering two proposals to make better use of the dwindling resource. The effort comes as officials in the Colorado River Basin seek ways to sharply reduce water use and shore up a shrinking Lake Mead that supplies water to some 40 million people across the Southwest.

One proposal evolved from discussions started years ago between Boulder City and the Southern Nevada Water Authority.

The SNWA would build and pay for a $26 million pipeline from Boulder City’s treatment facility to Henderson’s treatment plant, where the water would be treated and eventually returned to Lake Mead via the Las Vegas Wash.

The other proposal would keep wastewater within the city and develop a pipeline system to use it for various irrigation needs, including on golf courses and cemeteries. There currently is no cost estimate for the project.

Both options are considered feasible by SNWA engineers and would be paid for by the water authority.

Mayor Joe Hardy, who took office Nov. 22, said the current evaporation pond approach was designed and constructed decades ago when water was abundant.

“Years ago I was not opposed to sending water into the desert to evaporate, but it is a different time and we have a different need,” said Hardy, who served on the City Council in the 1990s and as a state senator and assemblyman.

Hardy said he favors the pipeline to Henderson as it would be the most fiscally responsible.

“It’s a one-time fix that the SNWA will pay for and we would not have ongoing expenses,” he said.

A pipeline system to irrigate community land could create ongoing staffing and expenses for the city, he added.

Hardy said fully recycling water in a way that helps “the greater good” is important as the 23-year megadrought continues to shrink Lake Mead to about 27 percent of its capacity.

“We are all in the dry sandbox, and we need to make do with less water than we have been accustomed to,” he said. “It won’t be any skin off our nose to have the water go over the hill (to Henderson) and be used like all other water in the valley.”

Councilwoman Sherri Jorgensen also said she leans toward a pipeline to Henderson, but she wants to see costs and timelines for both projects.

“It (better recycling) obviously needs to change as soon as possible,” she said. “We should not be pumping our water into the desert.”

Cokie Booth, who took her seat on the council Nov. 22, said she also favors the pipeline to Henderson. “It is the easiest and most cost efficient and can be done in three years time. We need to do it the most economical and fastest way,” she said.

“As a citizen of Southern Nevada and City Council representative for Boulder City, I am very motivated to work with the other City Council members and the Southern Nevada Water Authority to determine the best solution for Boulder City’s reclamation and re-use of our treated waste water,” Walton said in an email. “This is of paramount importance to our community as we seek to be an active, contributing partner in the wise use of our valuable water resources.”

Councilman Matt Fox did not respond to requests for comment.

Although she won’t have a vote in whatever proposal might come before the council, former Councilwoman Claudia Bridges said she would be elated if better water recycling came to fruition. She is moving to the Pacific Northwest, but she made improved water recycling one of her main goals when she started her term four years ago.

Bridges said concerns of some in Boulder City about growth and losing control of the water “once it goes over the hill to Henderson” have been factors in the council’s inaction on the SNWA proposal.

“If I got to rule the world, we would start building the pipeline tomorrow,” she said.

While a pipeline system to irrigate golf courses and cemeteries is feasible, Bridges said she sees complications.

“We’d literally have to put in a new water infrastructure,” she said. ” You would have a third type of water underground, raw water (lines), potable water (lines) and irrigation (lines).”

On Aug. 9, the council received a presentation covering both proposals, with an SNWA administrator telling the council that the water authority would fully support either option and would pay for whichever one is approved.

Mack said the next step is up to Boulder City.

“The Southern Nevada Water Authority is coordinating with the city of Boulder City to explore options that will allow for the reuse of Boulder City’s treated wastewater, including recycling and reusing that treated wastewater for outdoor irrigation purposes or connecting the wastewater with the infrastructure currently in-valley, which would then allow all of that treated waste water to be returned to Lake Mead, extending our water supply,” Mack said in an emailed statement.

Other Las Vegas Valley cities have been returning treated wastewater back to Lake Mead via the Las Vegas Wash since the 1950s and ’60s, Mack said.

“For every gallon returned to Lake Mead, Southern Nevada can take another gallon out through the drinking water treatment process, and it does not count against our 300,000 acre-foot water allocation.”