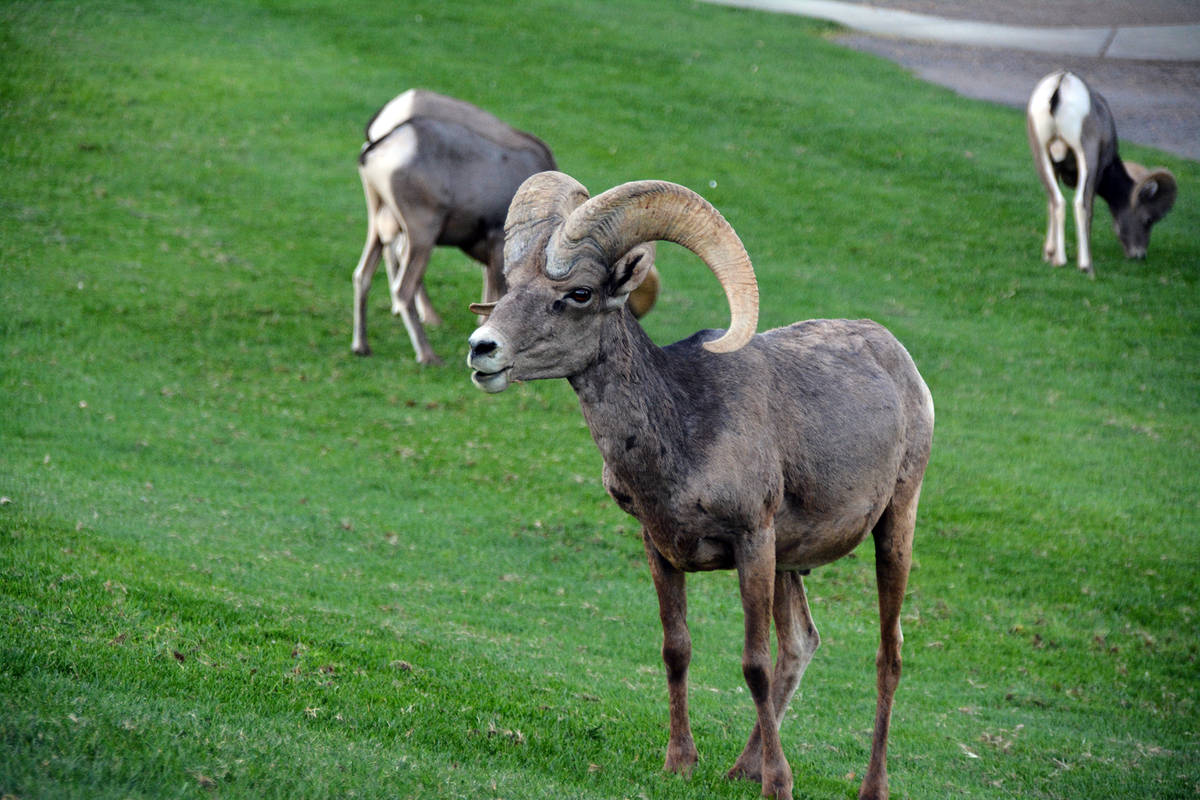 Celia Shortt Goodyear/Boulder City Review The bighorn sheep at Hemenway Valley Park, 401 Ville Drive, will soon have better areas to roam thanks to a $175,000 grant from Clark County Commission. 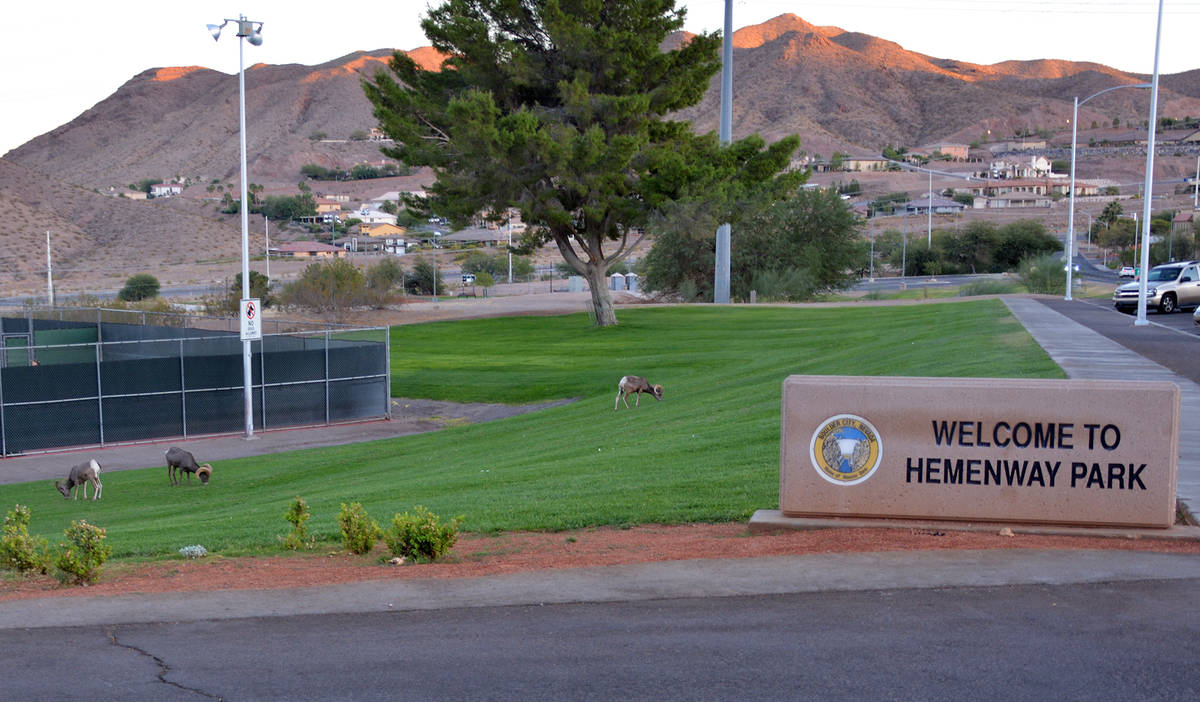 Celia Shortt Goodyear/Boulder City Review Clark County Commissioner Jim Gibson recently help obtain a $175,000 grant for Boulder City for improvements to Hemenway Valley Park, 401 Ville Drive. Some of the improvements include a nature trail for visitors and and water stations for the bighorn sheep that frequent the area. 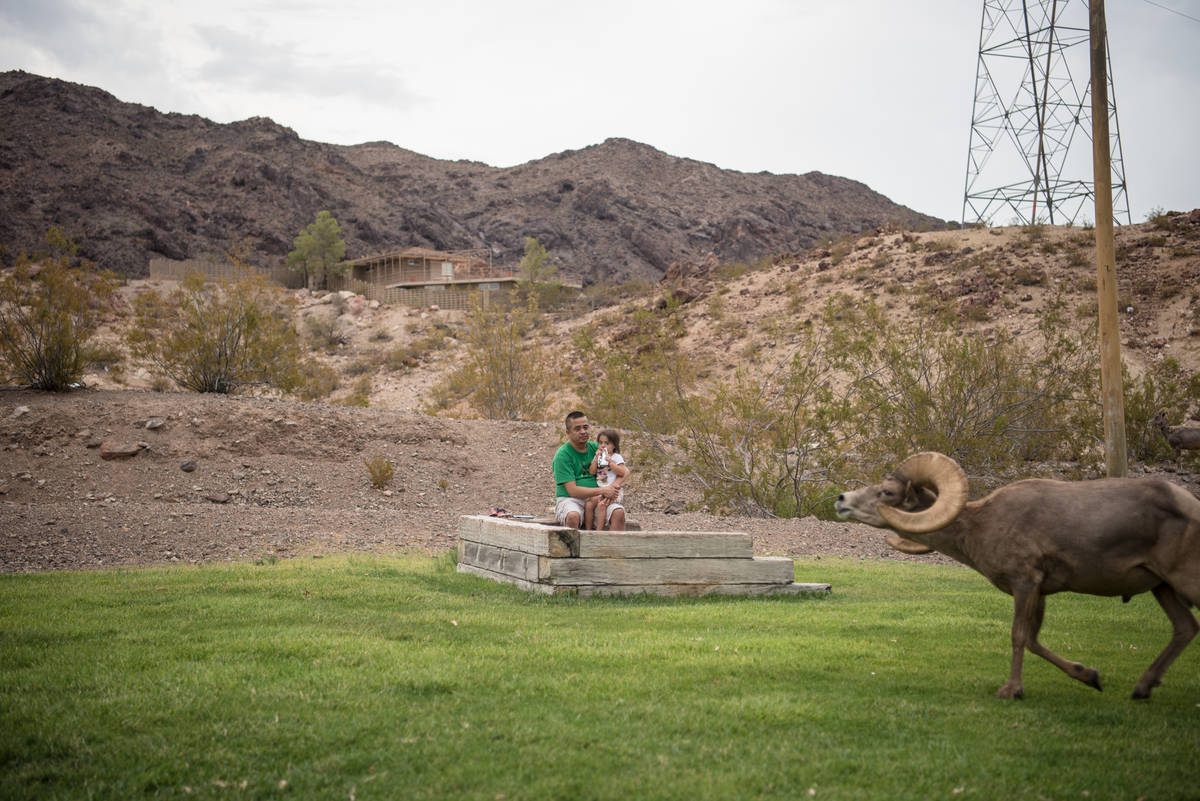 The city recently received a $175,000 grant for improvements at Hemenway Valley Park, 401 Ville Drive. The improvements include a way to safely view the bighorn sheep that frequent the area.

One of Boulder City’s parks will be renovated thanks to a grant from Clark County.

Clark County Commissioner Jim Gibson announced recently the county was giving the city a $175,000 grant for improvements to Hemenway Valley Park, 401 Ville Drive, that will benefit both the visitors and the bighorn sheep that frequent the area.

Gibson’s newsletter to residents of District G stated that watering holes for the sheep are included in the project.

“Our hope for the residents of Boulder City is to provide another beautiful outdoor recreation opportunity for everyone to enjoy,” she said. “Residents already have a certain sense of pride regarding the treasure we have with bighorn sheep calling Hemenway Park home. This will only be enhanced by the addition of a nature walking trail just outside of the grass grazing area the sheep enjoy so much.”

She said the trail will “funnel parkgoers to the outskirts of the park and through the desert” to provide safe viewing of the sheep.

“With help from the experts at (the Nevada Department of Wildlife), the trail will include informative signs about the sheep and the local desert foliage,” she added. “It will be a perfect addition for local children to get out and learn about nature right in their backyard while getting a little exercise. Visitors to Boulder City already frequent the park to get a glimpse of natural wildlife within a city park.”

Calloway also said the funds should cover the whole project.

“The $175,000 grant should cover the entire project, however, the agreement does have a clause that if bids exceed the projected amount then the county and city could renegotiate the agreement and come up with an alternative,” she said. “The landscape architects plans were drafted with the budget in mind so we are hopeful the grant will be sufficient.”

The city originally applied for a grant with the Southern Nevada Public Land Management Act to pay for these improvements but did not get it.

“However, County Commissioner (Jim) Gibson called and notified us that he would like to fund the project with other available funds,” Calloway said. “The county forwarded a proposed interlocal agreement … for the project.”

“The bighorn sheep are a unique draw to Hemenway Park and add to the character of our community,” said Al Noyola before he was terminated as city manager. “I am so thankful Commissioner Jim Gibson and the Clark County commissioners felt the project was worthy of this fantastic grant.”

Calloway said the agreement is expected to come before the City Council at its first meeting in November. Once approved, the city will put the construction out to bid and the project should be completed by December 2021.

“We hope the addition will benefit residents and local businesses,” Calloway said. “We think the expansion including the nature trail will be perfect to attract locals, Clark County residents and tourists into Boulder City to visit our treasure, Hemenway Park.”

According to Calloway, the renovation project was initially approved as one of the capital improvement projects in the 2019-2020 fiscal year budget.