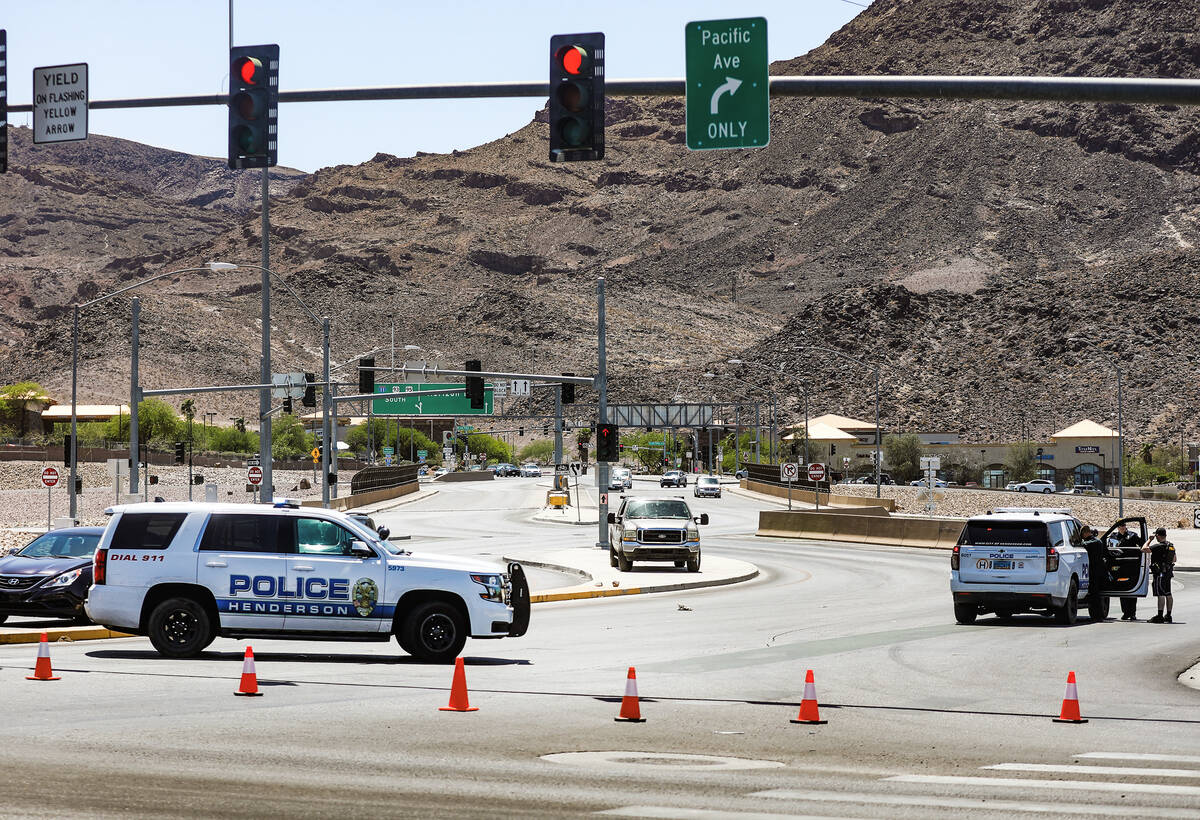 (Las Vegas Review-Journal file photo) Police block the the entrance to U.S. Highway 95 on Horizon Drive where a shooting took place in Henderson on Sunday, May 29, 2022.

Audio released earlier this month by the Henderson Police Department captured the moments drivers on U.S. Highway 95 encountered a shootout between the Hells Angels and the Vagos motorcycle groups.

“There’s one really really down,” one person told police on May 29. “He’s not getting back up.”

Police received seven calls that day after a shootout between the rival motorcycle gangs left 25 bullets on the highway near College Drive.

Seven people were hospitalized, including two who suffered critical injuries, police said at the time.

Days later, Russell Smith, 26, Stephen Alo, 46, and Richard Devries, 66 were arrested and charged with attempted murder. Police believe Smith and Alo were associated with the Hells Angels, and Devries was the Las Vegas chapter’s president.

Members of the Vagos biker gang were participating in the Fly Your Flags Over Hoover Dam run in Boulder City that morning when Hells Angels bikers joined the ride near U.S. 95 and Wagon Wheel Drive, according to the arrest report for Smith, Alo and Devries.

Another caller said the person in the car with her had dash cam footage of the shooting, but he declined to provide it.

“I don’t know if I want to be involved in a shooting like that,” said the other person in the car. “With a gang, I’ll be honest. They retaliate too much.”