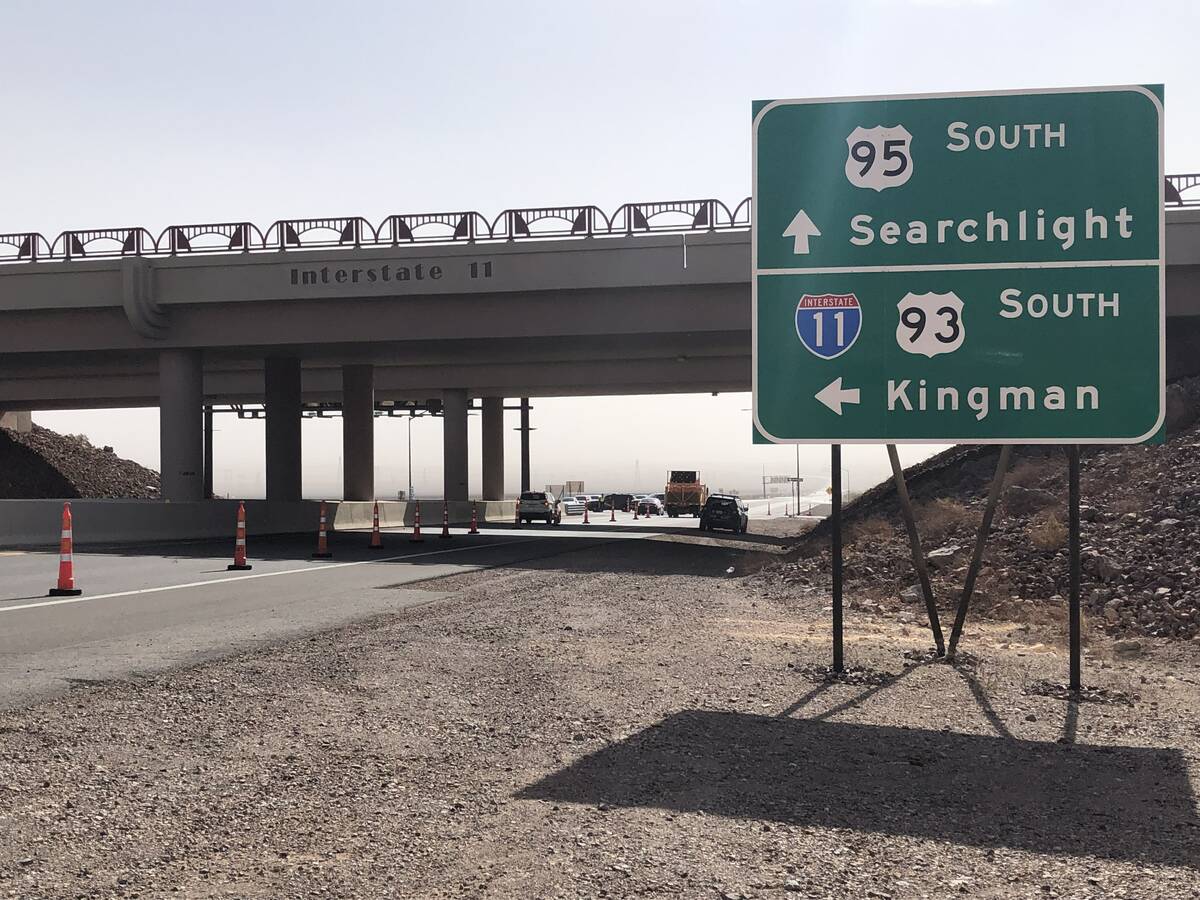 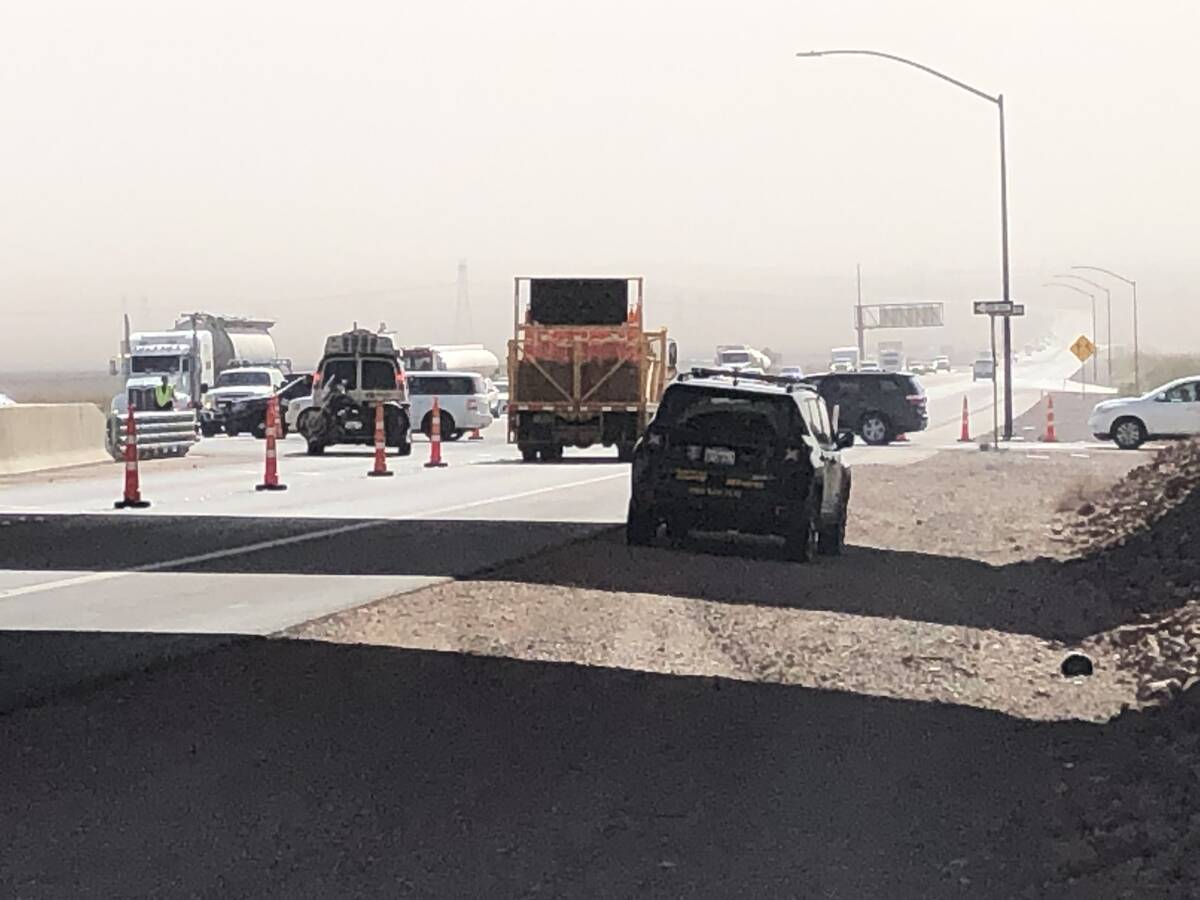 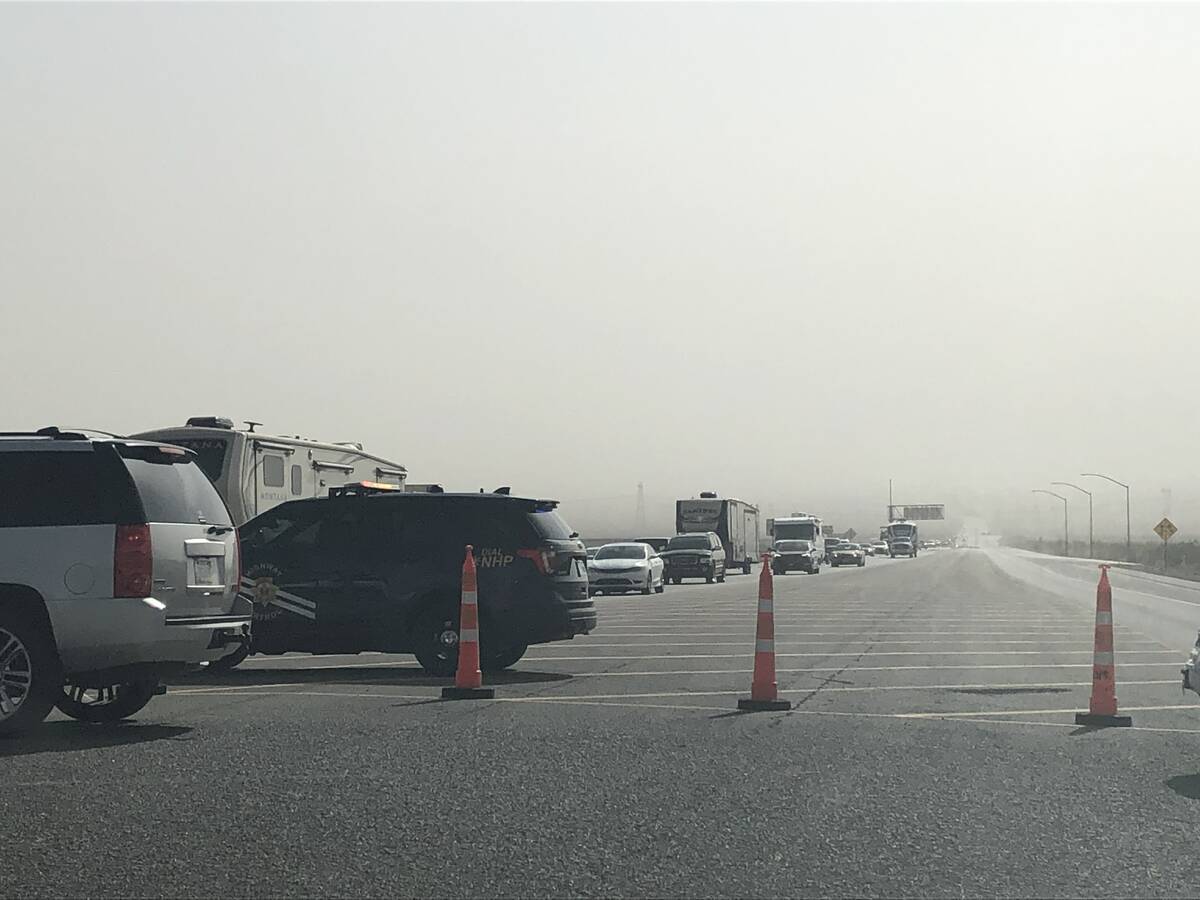 Nine people were injured earlier this week in a multi-car accident on U.S. Highway 95 near Boulder City.

According to the Nevada State Police Highway Patrol, the Feb. 20 accident was reported at approximately 11:30 a.m. involved about a dozen vehicles, and all the victims were hospitalized with injuries that were not life-threatening.

Boulder City Communications Manager Lisa LaPlante said both the Boulder City Police and the Boulder City Fire departments were called to assist with the multiple vehicle pile-up and that it was possibly caused by brown-out conditions.

The 11-vehicle wreck happened on the southbound lanes of the highway according to the Boulder City Police’s dispatch log, and wreckage from a travel trailer was on both sides of the highway.

Travel lanes were shut down and drivers were diverted through Kingman, Arizona. Vehicles traveling north were detoured to Nipton Road, according to the highway patrol.

An email to the highway patrol from the Boulder City Review requesting more details about the accident was not answered by deadline.