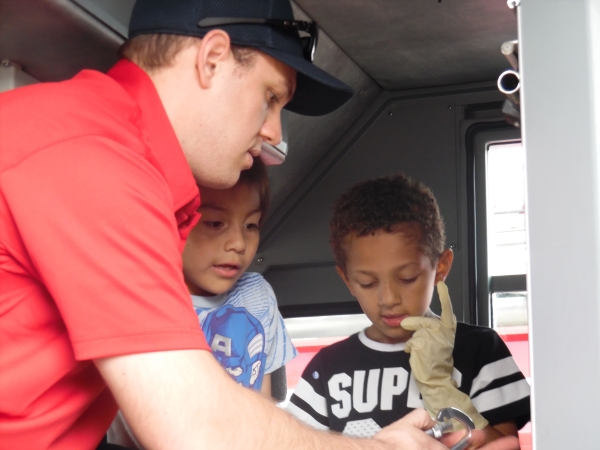 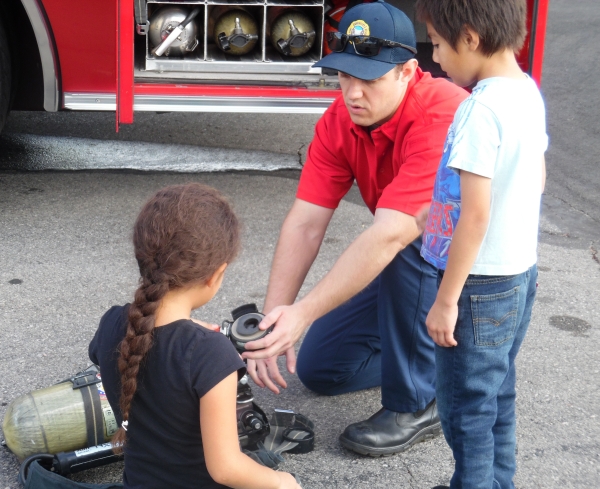 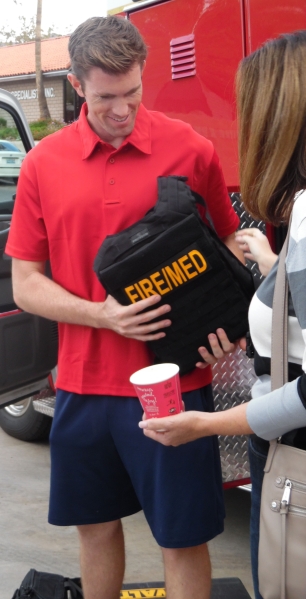 The foundation, which runs a memorial every year, is to honor the men and women firefighters who have died in the line of duty over the past year.

“The foundation’s memorial is usually run the first weekend in October, which is usually Art in the Park for us,” firefighter Brian Shea said. “We don’t like to run our breakfast the same time as that, so we usually hold the memorial a week later.”

The National Fallen Firefighters Foundation has been around since 1981, and its memorial park is in Emmitsburg, Maryland.

Shea said that fire department looks forward to the breakfast social, which includes pancakes, sausage links, orange juice and coffee, because it’s also a great experience for kids to rummage through the firetrucks and fire station.

Nick Giles has been a full-time fireman at the Boulder City fire station for four months, and said he enjoys teaching kids about the equipment fireman use in threatening situations.

“It’s fun because at first, the kids are a bit scared of all of it,” Giles said. “Then they start warming up to it and before long you can’t pull them away from it.”

The breakfast social ran from 7 to 11 a.m. and saw dozens of families enjoying breakfast as well as the show-and-tell by the fireman.

The morning concluded with chaplain Carl Swenberg saying a few words to the firemen and families that were in attendance, offering peace.

“We just like to open up to the community,” Shea said. “We encourage everyone to come out, put faces to the names of the firefighters, and let our community see who we are and what we do.”