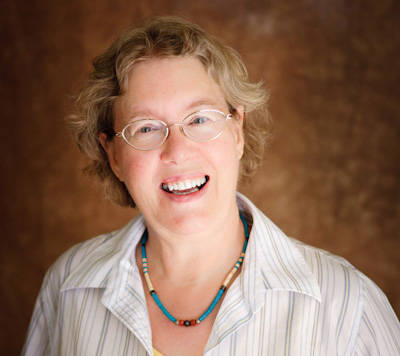 In a few short days we will be celebrating the Fourth of July. I usually watch the preparations on Utah Street and then walk along to Broadbent Park to enjoy the festivities.

To be quite honest, these past few years I haven’t been feeling as patriotic as I used to. I always hung up the Stars and Stripes and felt a sense of pride. After all, the U.S. is my adopted home and it has been good to me. My columns are not usually about politics or religion, as I prefer to honor and respect others’ views, but I am stepping outside of my comfort zone to write about something I feel is happening in our country.

In preparation for naturalization as a U.S. citizen, years ago, I had to read and understand the Constitution of the United States. I read how the individual states were brought together under one flag and one constitution. The Founding Fathers wrote: “We the People of the United States, in order to form a more perfect Union, establish Justice, insure domestic Tranquility, provide for the common defense, promote the general Welfare, and secure the Blessings of Liberty to ourselves and our Posterity, do ordain and establish this constitution for the United States.” What stood out for me was that we were a United States, but for how long?

What I perceive to be happening appears to be a process of decentralization of government. According to www.ciesin.org, decentralization is “the transfer of authority and responsibility for public functions from the central government to subordinate or quasi-independent government organizations and/or the private sector.”

What does this mean for the individual states and what does decentralization represent? Over the past few months we have been observing a process of reducing, even eliminating, funding for many governmental programs and the assumption that the individual states will pick up the slack and maintain these services.

Is there an upside to this process? Possibly. French diplomat, political scientist and historian Alex De Tocqueville once wrote, “Decentralization has, not only an administrative value, but also a civic dimension, since it increases the opportunities for citizens to take interest in public affairs; it makes them get accustomed to using freedom.

And from the accumulation of these local, active, persnickety freedoms, is born the most efficient counterweight against the claims of the central government, even if it were supported by an impersonal, collective will.”

It is uncertain whether decentralization is a temporary or a permanent change for America. What is known is that change is happening and it will be imperative to educate ourselves on what these changes mean for Boulder City, and for all the individual states of America.

As we celebrate the Fourth of July this year all we can be sure of is to agree with Benjamin Disraeli “that change is inevitable.”