Song for children could ready them for life in Silver State
By John L. Smith BOULDER CITY REVIEW

The bill drafts are flying in Carson City, where for the past 150 years legislators have been deeply concerned about the future of our neediest children.

It’s been a big year, Nevada.

Motorists would be wise to keep Samaritan around
By John L. Smith Nevada Smith

It was half-past pumpkin pie time early Thanksgiving evening when Larry Lyon began the trip from a friend’s house in Kyle Canyon down State Route 157 toward the lights of Las Vegas.

Rural Nevada is in big trouble. I mean really big.

The recent Republican earthquake in Nevada continues to reverberate within the GOP’s Assembly caucus and across the state.

Set foot in Nevada, and be changed.

KINGMAN, Ariz. — The very mention of his sun-bleached hometown made Charlie Waters smile and always brought to mind a story.

With the rapid approach of the 150th anniversary of Nevada’s statehood, this might be an awkward time to ask the question. But here goes: 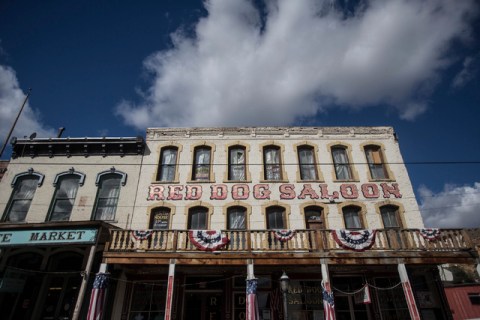 If you think Nevada faces a water crisis today, imagine how residents of booming Virginia City must have felt back in the 1870s when their fickle sources began to run dry.

Solution to water woes may be an ocean away
By John L. Smith Boulder City Review

Instead of looking north for an abundant source of water for future growth in Southern Nevada, should officials be scouting West?

When the smoke from its busy ore smelters covered half the Diamond Mountains with a prosperous shroud, Eureka was known as “the Pittsburgh of the West.” That was a high compliment in the 1800s.