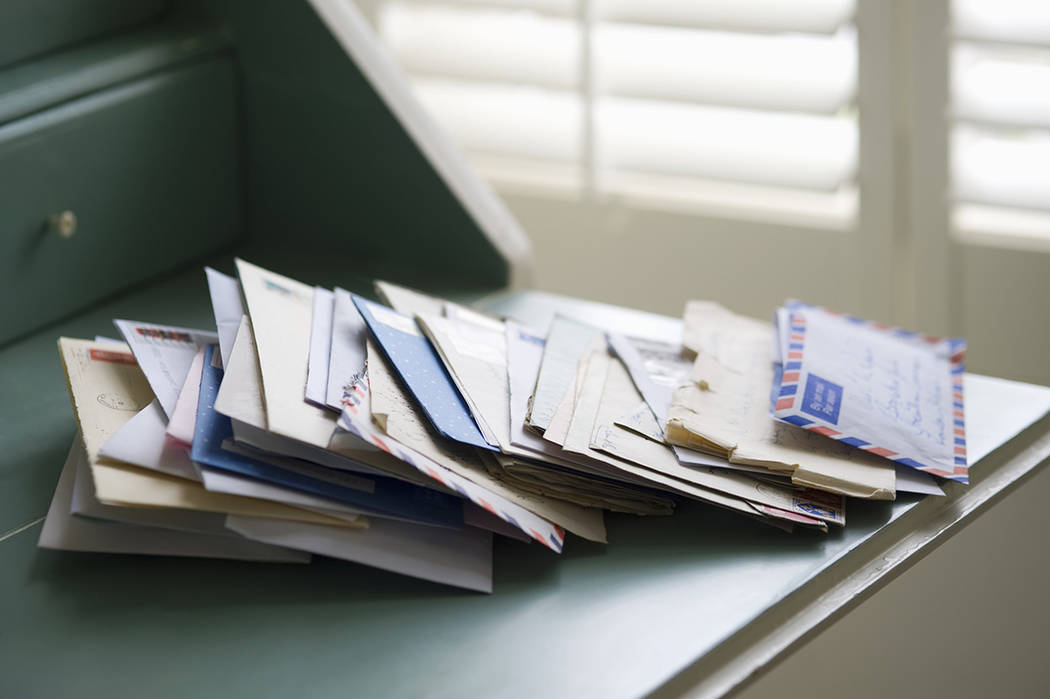 When my wife and I came to Boulder City 15 years ago, we were impressed by the friendly people and the beautiful landscape, but another thing that stood out was the water tower with the American flag painted on it. We would like to see the flag back on again. I am certain many residents and visitors would also like to see it.

We have now been residents of Boulder City for 15 years.

Time to speak up about utility rate hikes

Let’s face it, Boulder City residents are steaming about our recent utility hike. And get this, there are more to come.

Here are some suggestions on having your voice heard:

1. Councilman Warren Harhay’s initiative of having quarterly town hall meetings passed. The first meeting will be on Oct. 19 at 6 p.m. at the (Elaine K.) Smith building, 700 Wyoming St. The topic will be Boulder City utilities. The more voices heard, the better. Let’s demand a moratorium on any further hikes and an investigation into why we were inflicted with this hike in the first place.

2. File a complaint form with the attorney general’s office. You can reach them at 775-684-1100 to receive a form, or go online at www.ag.nv.gov. Under type of complaint, bureau of consumer protection and general investigations applies. In detailing your complaint, you might additionally consider the fact that the rates have resulted in increased revenue, yet our fund has the highest reserves it’s ever had. Additionally, the projects proposed do not appear to rise to the level of revenue that is being collected.

Behavior, not belief issue with government

The 300-word limit on letters does not provide much space to address another contributor’s column. I will do my best to respond to Nathaniel Gee, but first a disclaimer: I am Jewish. Because of the similarities between my beliefs and those of The Church of Jesus Christ of Latter-day Saints, I consider them to be my first cousins. As Islam has its roots with Abraham, it follows that Muslims are my second cousins. Enough about religion.

What is at issue in Boulder City is not beliefs but behaviors. Compared to the community at large, members of the Latter-day Saints have held a disproportionate number of appointed/elected positions in local government. Does this mean that these folks are wiser, smarter, harder working or more moral than the rest of us? I seriously doubt that.

This last election marks the first time in six years that any candidate, much less two candidates, was elected without the financial backing of the Woodbury Family Trust and Stephen Kalish (whose company operates the dump). In the last election, Cam Walker spent $33 per vote, John Milburn $21, Kiernan McManus $9 and Warren Harhay $6. Money talks, but it does not always tell the truth.

If you think the members of the Latter-day Saints have always been saints, you should read Sally Denton’s book, “American Massacre: The Tragedy at Mountain Meadows, September 1857.” Sally is the daughter of Ralph and Sara Denton. As to the involvement of the Latter-day Saints in politics, when you have a free evening, watch the documentary “8: The Mormon Proposition” (2010).

Unlike some religions, Judaism does not actively seek converts. While the covenant of Abraham is not required of everyone, it does require Jews to treat non-Jews with fairness, honesty and respect. This is the essence of the golden rule. It should also be the rule in Boulder City.

This is a response to the nonsense letter by Jon Barth of Barth Electronics.

Dear Jon: Next time you write a letter to the editor, it would behoove you to do some research first. U.S. overall taxation is, in fact, the lowest of almost all industrialized countries. It is 26 percent of gross domestic product, well below the 34 percent of most other countries. Check with the World Economic Forum. I did it; you can, too.

The bad effects of low taxation can be found in Kansas. That state in 2012 enacted the largest tax cuts of any state. Those cuts did not result in a better economy. Kansas now has no revenue to pay for schools and infrastructure. It is billions of dollars in debt. Those tax cuts only benefited the wealthy. The poor and disadvantaged had to take the hit. Check with the Center of Budget and Policy Priorities.

Just last week I returned from a cross-country road trip. Our roads are a collection of potholes and poor maintenance. Kansas City has slums by the square mile. Please, Jon, no more misinformation from you. I get enough of that from our politicians.