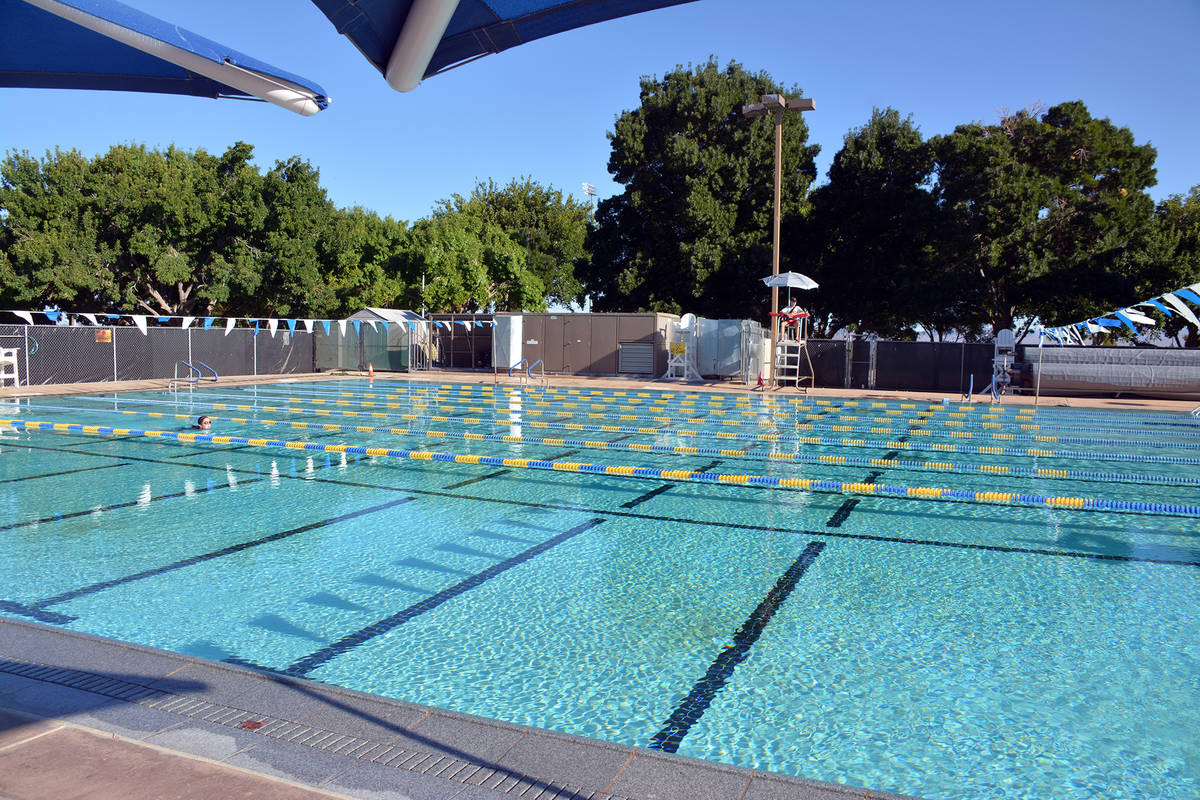 Boulder City has identified tens of millions of dollars of unfunded needs. Deferred extraordinary maintenance, vehicle and equipment replacements are costing taxpayers more in repairs than replacement. Money siphoned from those needs for discretionary, sparsely used recreational facilities indirectly translates into a tax increase. Other money must be taken from the public to pay for the bypassed capital projects deferred to an indefinite future and costing us more later.

Does it make sense to ignore those pressing needs and spend well over $20 million (with inflation and project management costs) to accommodate an average of just over 56 swimming users per open day at a new municipal swimming complex, or over $7 million to repair a derelict existing pool complex with multiple undiscoverable problems?

The astoundingly low 2017-2019 usage numbers come from Parks and Recreation statistics, but were dismissed and obscured during the pool committee’s deliberations. Do the per person math and it is an expensive proposition for Boulder City to spend over $1 million annually in order to keep the existing pool complex operating, or incur higher operating costs with a larger pool complex.

Platitudes suggesting “community” and “for the children” fail to justify so much money being spent to benefit so few Boulderites.

The existing pool complex has been allowed to atrophy over many years, much like the city’s utility infrastructure. It will take several years to catch up with deferred utility maintenance, but utilities benefit every one of us, unlike the pool complex.

There is a 66-year-old municipal swimming pool in an adjacent state (Lincoln Pool, Santa Monica, California) that has been consistently and properly maintained; it does not exhibit the major problems of Boulder City’s pool complex, while serving both a middle school and densely populated city. Age alone doesn’t explain Boulder City’s shabby pool complex, but absent management does.

What about viable alternatives for swimming enthusiasts? The local pool committee failed to consider any suggested alternatives before recommending such massive funding. Strangers and friends could connect with their neighbors about using one of the over 900 private pools in Boulder City.

There is Lake Mead.

Just a 15-minute drive from Boulder City sits Henderson’s Black Mountain swimming complex. Why didn’t Parks and Recreation explore a joint venture where Boulderites could use the pool at no cost to the individual or at a heavily-subsidized rate, with regular transportation provided by a Silver Rider-style bus service for those who don’t or can’t drive?

This last alternative would likely cost far less than over $1 million a year to keep the existing pool complex operating in its tenuous condition.

By extension, why shouldn’t local taxpayers also be funding a municipal disc golf course, a rock-climbing wall, a pickleball tournament complex, a sauna, a steam room, a community center, a video game arcade, an ice skating rink, an indoor walking path, and/or an indoor dog park? Fifty-six or more people who believe any or all of these initiatives are worthy ideas could likely be found amidst our population, just as with the pool proponents.

Boulder City already has a glut of underused municipal recreational facilities. We cannot rationally justify a swimming complex appropriate for a much larger city with many hundreds of daily swimmers.

Another dimension of Boulder City’s municipal pool complex is Southern Nevada’s overdue need for serious water conservation. As the Colorado River’s flow diminishes from an extended drought, our water and power supplies face great uncertainty. The amount of water and electric usage required for the Boulder City pool complex is significant, especially when the pools are uncovered, it’s hot and windy, the evaporation rate spikes and pools are periodically drained for maintenance.

Is it good environmental stewardship to operate swimming pools or continue to irrigate major ornamental grass expanses in a desert, such as the Bureau of Reclamation’s Southern Region office (4 million gallons annually) across from the local post office?

Vote no on both pool funding requests in the June general election.