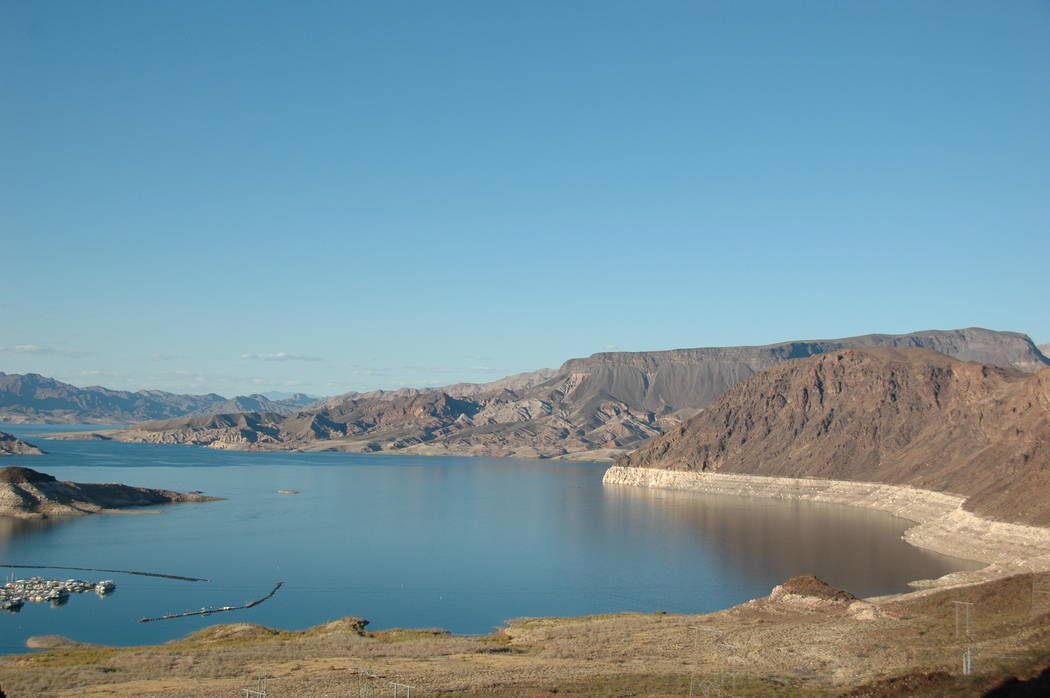 File Federal projections expect the water in Lake Mead to remain above the level that would trigger a mandatory cuts, at least for this year. 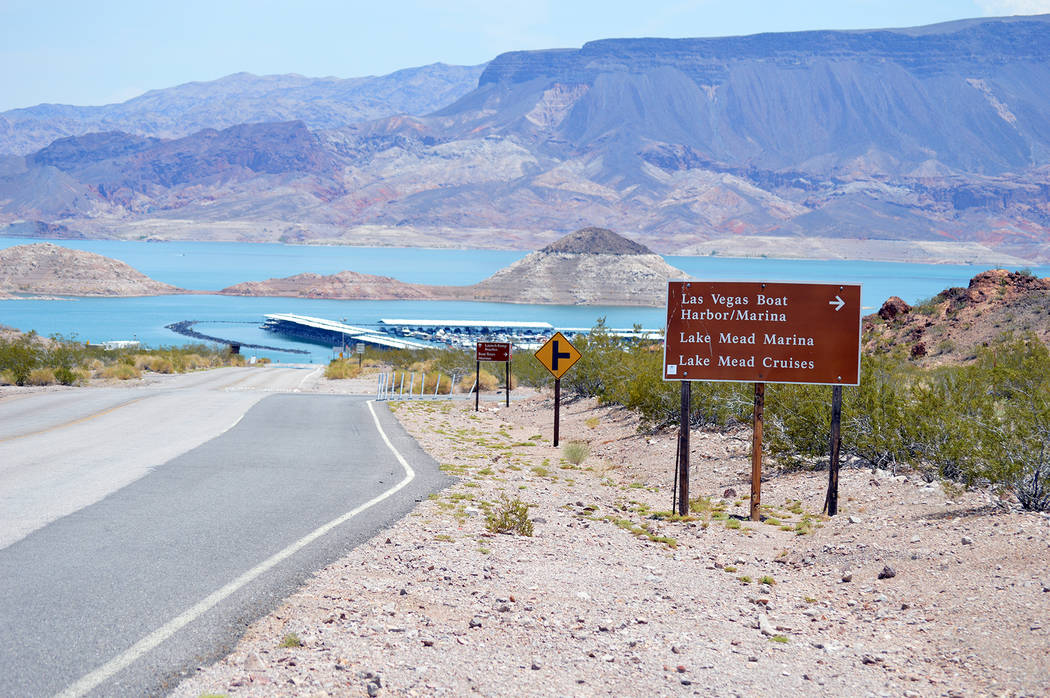 Despite another dry winter on the Colorado River, Lake Mead and the millions of people who rely on it will avoid a water shortage for at least one more year.

According to new projections from the Bureau of Reclamation, there will be just enough water in the reservoir east of Las Vegas at the end of 2018 to stave off a first-ever federal shortage declaration that would trigger mandatory cuts in Nevada and Arizona.

But without a significant change in the weather — and additional human intervention — a shortage could be unavoidable in 2020.

Forecasters now expect Lake Mead to finish the year with a surface elevation of 1,079 feet above sea level, 4 feet above the trigger point for a shortage. That’s an improvement in the near-term forecast since last month, when officials were predicting a lake elevation of 1,077 feet by year’s end.

Colorado River expert John Fleck said water users in Nevada, Arizona, California and Mexico have “put off the inevitable” so far with water-conservation measures that have reduced some strain on the overtaxed system.

“Absent that, we’d already be in shortage,” the New Mexico-based author and academic said.

Once a shortage is declared, Nevada will have to reduce its annual Colorado River use by 4 percent, while Arizona will take an 11 percent cut. Shortage cuts are not expected to directly affect water users in Southern Nevada, at least not at first.

The river gets most of its water from mountain snow in Colorado, Utah and Wyoming that melts between April and July. This year’s flow was the fifth-lowest on record and came after a winter that saw unusually — and, in some places, unprecedented — dry conditions in the mountains that feed the river.

This was the 14th year of below-average flows on the Colorado since 1999, but drought only partially explains the 130-foot decline in Lake Mead over the past 19 years.

As Fleck notes, there is also a “structural deficit” between how much water the upper river states of Colorado, Utah, Wyoming and New Mexico are required to release downstream each year and how much gets taken out by the three lower basin states and Mexico.

The rise and fall of Lake Mead and Lake Powell, its upstream neighbor, are governed by a complicated operational framework implemented in 2007 to protect minimum water levels in the nation’s two largest man-made reservoirs through 2026. As a result of those rules, Fleck said, the lower basin has received almost 10 million acre-feet of “bonus water” since 2000 above what it typically gets from the upper basin.

“Yet Lake Mead keeps dropping,” he wrote recently on Twitter. “Everyone can reasonably argue that they are living within the rules. But rules cannot conjure water, and it is clear the rules need to change.”

One acre-foot of water is enough to serve two average Las Vegas Valley homes for just over one year.

The valley gets 90 percent of its water from the Colorado River by way of Lake Mead. Southern Nevada Water Authority officials say the community has already conserved more than enough to easily absorb a 4 percent cut to its river allotment, but prolonged shortages and deeper cuts could make it hard to meet future water demands as the community continues to grow.

Officials in Nevada, California and Arizona have spent the past several years negotiating a drought contingency plan, under which the states would voluntarily reduce their use of river water to prop up Lake Mead.

That plan has been stalled by internal squabbles among water users in Arizona and California over how to share the voluntary cuts.

With any luck, Fleck said, this latest forecast predicting shortage by 2020 will prod those states to get the deal done.