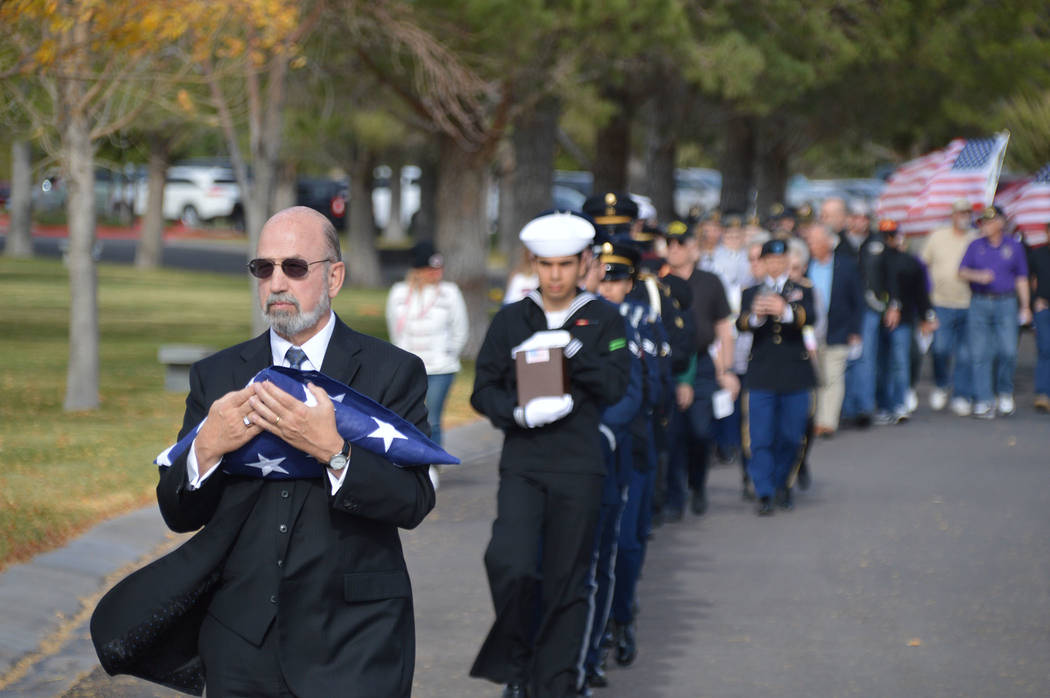 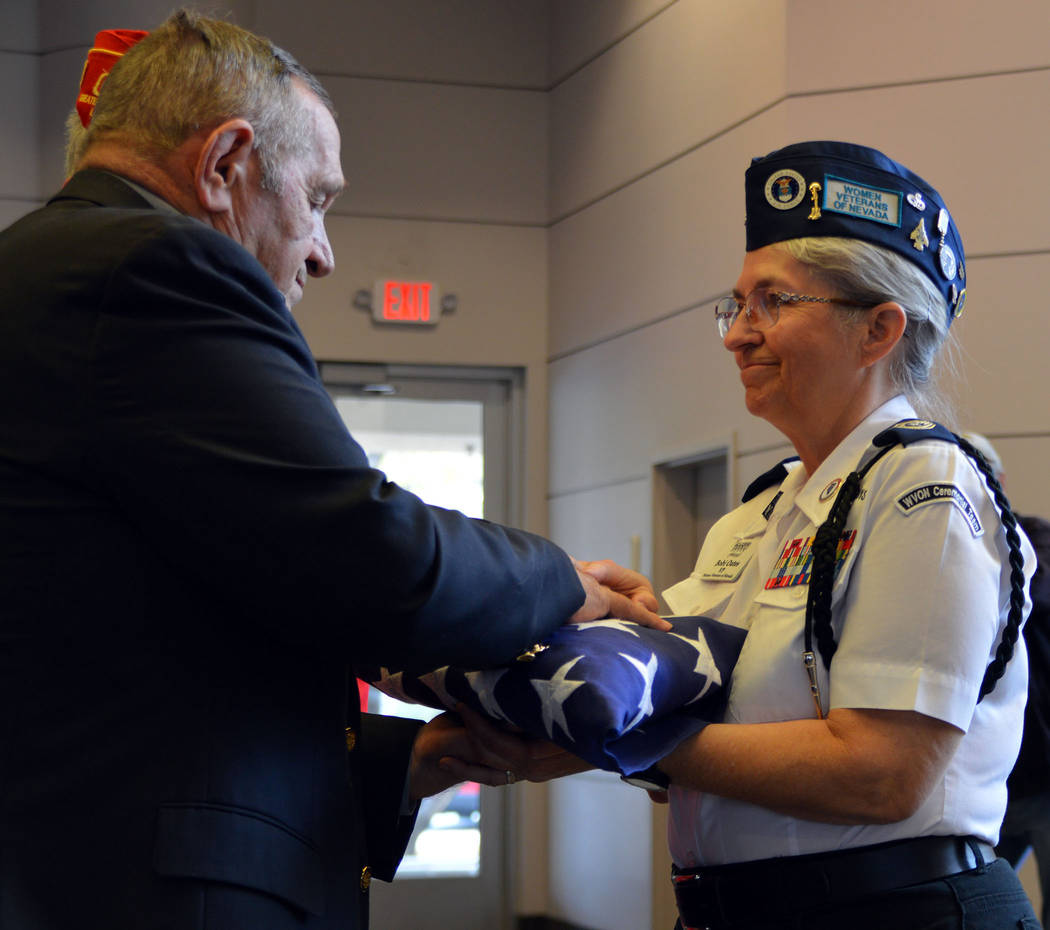 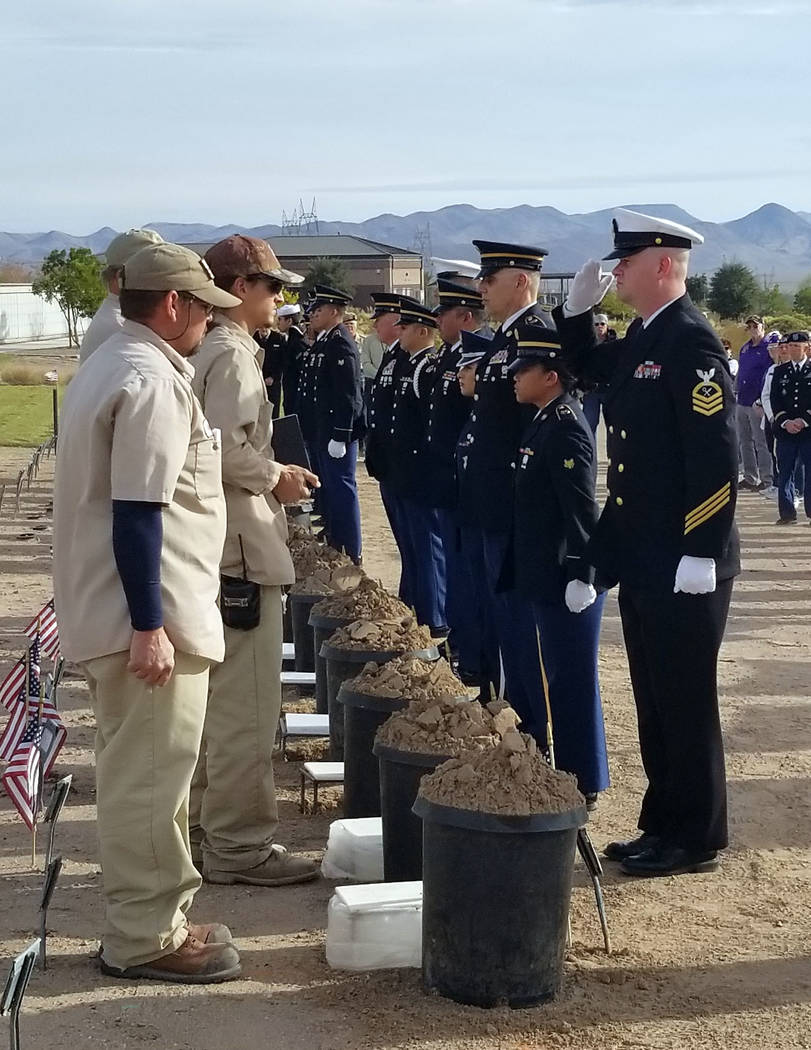 Celia Shortt Goodyear/Boulder City Review United States Navy Chief Yeoman Richard Goldsworthy, far right, salutes the remains of Robert Paulson Sr., who served in the Navy from 1951 to 1955 and fought in the Korean War. Paulson was one of 17 veterans honored at special ceremony at the Southern Nevada Veterans Memorial Ceremony on Tuesday, Nov. 19.

Seventeen veterans without any family or loved ones left were remembered, honored and laid to rest Tuesday, Nov. 19, at the Southern Nevada Veterans Memorial Cemetery in Boulder City.

The service, “A Promise Kept,” was the third Missing in Nevada ceremony held in Southern Nevada. It is done with the Nevada Veterans Coalition, which works with other organizations to identify the unclaimed remains of veterans stored at a mortuary or crematorium to give them a final resting place.

“It’s both humbling and an honor to share in this ceremony,” said keynote speaker, Ret. Lt. Gen. Emil Bedard of the U.S. Marine Corps.

Bedard retired after 37 years of active duty and then served with the U.S. Department of State and Department of Defense. On Sept. 11, 2001, he was at the Pentagon, 45 yards away from where the plane hit.

“You have to ask yourself … where is the pride in our veterans … the pride is in this room today as we pay tribute to them and take them to their final resting place,” he said.

He encouraged those in attendance to talk to veterans, find out how they are doing and not be afraid to say thank you to those in uniform in order to prevent more veterans from being unclaimed.

“I think it’s fitting that the younger generation has an idea of what … veterans gave and how they protected the great things we have,” he said.

Oates is also the vice president for Women Veterans of Nevada, the group that sponsored the service.

The first two Missing in Nevada ceremonies were in June and October 2018, during which 47 unclaimed veterans were buried at the cemetery in Boulder City.