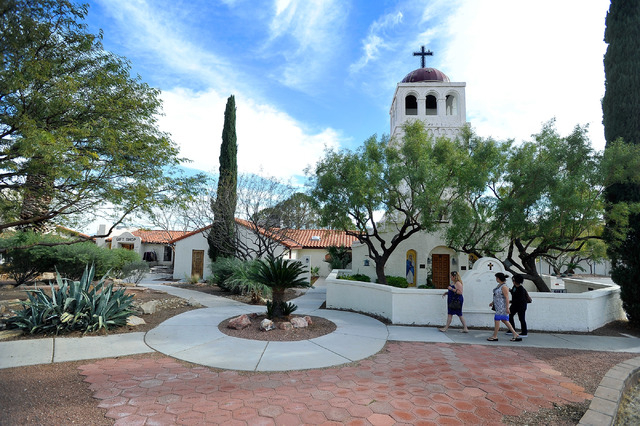 And nearly $35,000 in reimbursable expenses for regular commutes between Boston and cities in Nevada and Texas.

Those payouts to the longtime CEO of St. Jude’s Ranch for Children have been questioned by former employees of the organization that serves abused, neglected and homeless children, according to documents obtained by the Las Vegas Review-Journal.

Those questions and other complaints have sparked months of turmoil, resignations by trustees and employees and implementation of more stringent fiscal controls, the Review-Journal has learned.

And perhaps most importantly, that well-paid CEO has a new job.

Kate Crosby of Texas, chair of St. Jude’s national oversight board, would say little about the changes. But last month she announced organizational changes that she said would better position St. Jude’s Ranch for the future. In an email to staff, she said a global management firm has donated $1.5 million in in-kind services to help develop St. Jude’s strategic plan for the next three years.

On Feb. 1 CEO Christine Spadafor, 59, took on a new title as national senior strategist and will lead the planning and implementation of St. Jude’s strategic growth. Although she works an average of 50 to 60 hours per week for the nonprofit and related organizations, Spadafor is actually an independent consultant, according to St. Jude’s 2013 tax forms.

When asked about the change in jobs, Crosby was unable to give specific examples of Spadafor’s new duties. She said they were “still putting together a consulting description that matches that.”

She referred most questions to others such as Ralph Manning, another Texan and longtime board member.

The organization took the employee complaints seriously and hired investigators to look into the allegations, Manning said.

“If the reputation of the ranch becomes damaged by that, it’s the kids who will ultimately suffer,” Manning said in a phone interview.

The nonprofit wouldn’t release details of the findings to the Review-Journal, though Manning said no wrongdoing was found, though he did speak at length about the turmoil St. Jude’s has suffered.

Manning discussed the board members’ resignations and how Spadafor began consulting for the nonprofit and became its CEO, as well as allegations of mismanagement and former employees’ concerns about improper use of restricted funds.

“This was very disruptive to our board. This whole process was terribly, terribly damaging,” Manning said. “To answer your question, there were some board members that … disagreed with the strategy and path, and really everything that we are doing.”