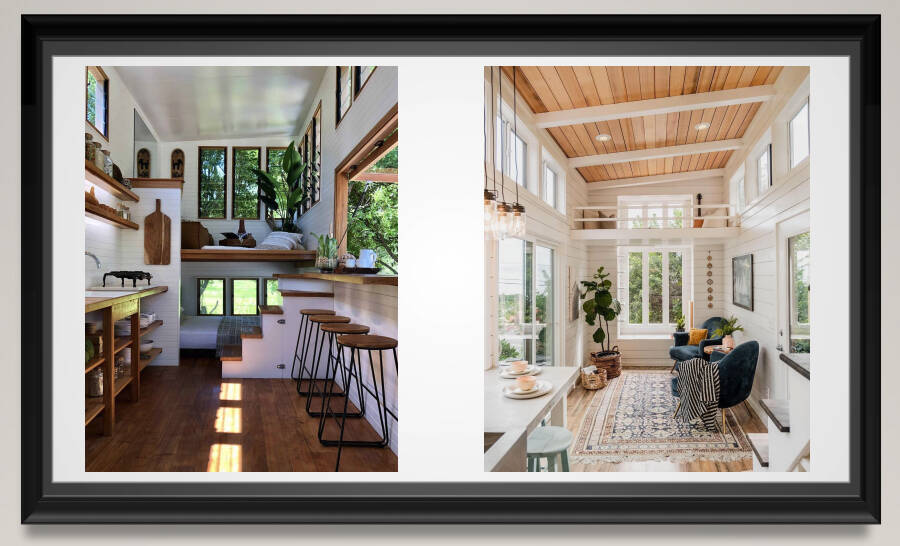 (Photo courtesy Boulder City) Tiny homes provide permanent living areas in less than 400 square feet and typically feature lofts. The city must provide some type of accommodations for tiny homes by Jan. 1, 2024, according to a new state law.

Members of the Planning Commission were provided with a training session about tiny homes and their potential to help alleviate the issue of affordable housing during their meeting Sept. 21.

Community Development Director Michael Mays led the session, informing commissioners that the city must make some type of provision for tiny homes by Jan. 1, 2024, to comply with Senate Bill 150.

However, because of its population, Boulder City must only comply with one of three requirements.

Planners, at the recommendation of city staff, favored the option of designating one zoning area – in this case mobile home parks – to permit tiny homes.

Mobile home estate districts would likely not be an option for the tiny homes because they currently require that residences be at least 900 square feet.

Tiny homes are described as permanent residences with living and sleeping areas, a kitchen and bathroom. They are typically 400 square feet or less, Mays said.

City Planner Susan Danielewicz told commission members that the tiny homes would be built on the same size lots, with the same setbacks as other mobile homes in the parks to comply with state law. Currently, parks must provide lots no smaller than 6,000 square feet.

Commissioner Matt di Teresa said the tiny homes might be of interest to young families and senior citizens who have a problem finding affordable housing in the community.

“Tiny homes could alleviate this problem,” he said.

Among commissioners’ concerns about the state bill was if the placement of tiny homes in the city would have to follow regulations established by the controlled growth ordinance.

Mays assured them that they would because they are considered permanent residences.

Commissioner Ernie Biacsi asked if the percentage of tiny homes in the community could be limited. Mays said he would have to consult with the city attorney before he could answer that question as the state law only said they must be a permitted use.

He also noted that privately owned mobile home parks could not be forced to allow tiny homes to be placed on-site, but they had to be a permitted use through zoning.

Planning Commission Chairman Paul Matuska said he believed the first step would be to get city staff to make plans to permit tiny homes in mobile home parks.

“I am opposed to any other option,” said Commissioner Lou Krumm, noting this would have the least amount of negative impact on the community.

Commissioner Nate Lasoff also thought it might be a good idea to suggest City Council place a question on a future ballot asking residents whether or not they would like to see a tiny home park in the community.

Despite having to make accommodations for tiny homes, Mays said there is currently no interest or plans for any to be established in Boulder City.