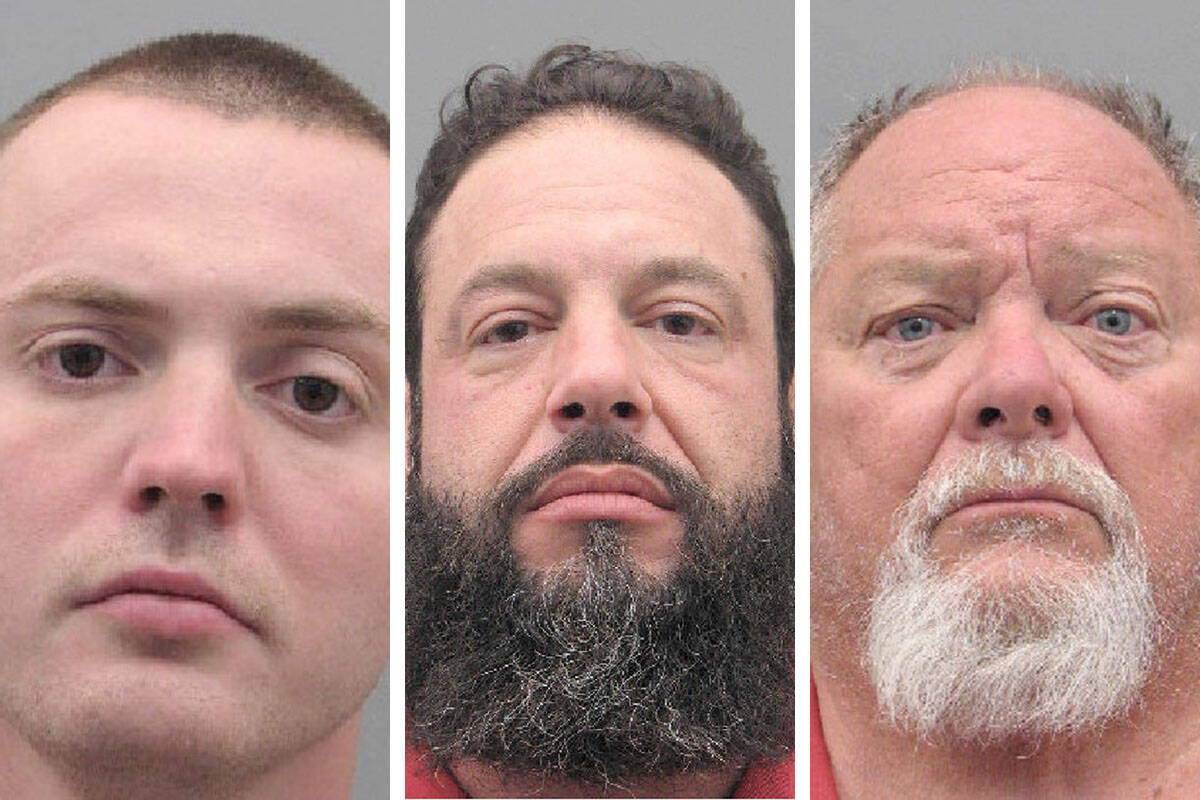 (Henderson Police Department) Russell Smith, from left, Stephen Alo and Richard Devries were arrested on suspicion of attempted murder and other charges after a shooting Sunday, May 29, 2022, on U.S. Highway 95 in Henderson.

A pack of Hells Angels bikers trailed members of the rival Vagos biker gang before opening fire on the group on Interstate 11/U.S. Highway 95 in Henderson, according to a newly released arrest report in the case.

Seven people were shot in the episode that shut down the highway for hours Sunday. Arrested on suspicion of attempted murder and other charges are Russell Smith, 26, Stephen Alo, 46, and Richard Devries, 66.

The conflict leading to the shooting started early Sunday as members of the Vagos biker gang were participating in the Fly Your Flags over Hoover Dam Run, according to the arrest report. The 28th annual run was presented by the Las Vegas Chapter of the Vietnam Vets Legacy Vets Motorcycle Club.

“While setting up to start the ride, five Hells Angels prospect members were seen riding around,” police wrote in the report.

The Vagos riders then went to the Southern Nevada Veterans Memorial Cemetery in Boulder City, where the same Hells Angels prospects “drove through the cemetery and began to cause problems,” according to the report.

During the ceremony, they revved their engines, setting off several car alarms.

One of the Hells Angels riders then opened fire on one of the Vagos riders, identified in the police report as Alejandro Castillo. Five other Vagos riders were also wounded. Police previously said a seventh person wounded in the shooting showed up at a local hospital later with survivable injuries, although it is not clear what group that person was affiliated with.

Two of the shooting victims were listed in critical condition as of Sunday. There is no reference in the police report to any Vagos members firing a weapon during the shooting. Police said they found multiple expended casings at the shooting scene stretching from the College Drive exit ramp to the Horizon Drive exit ramp.