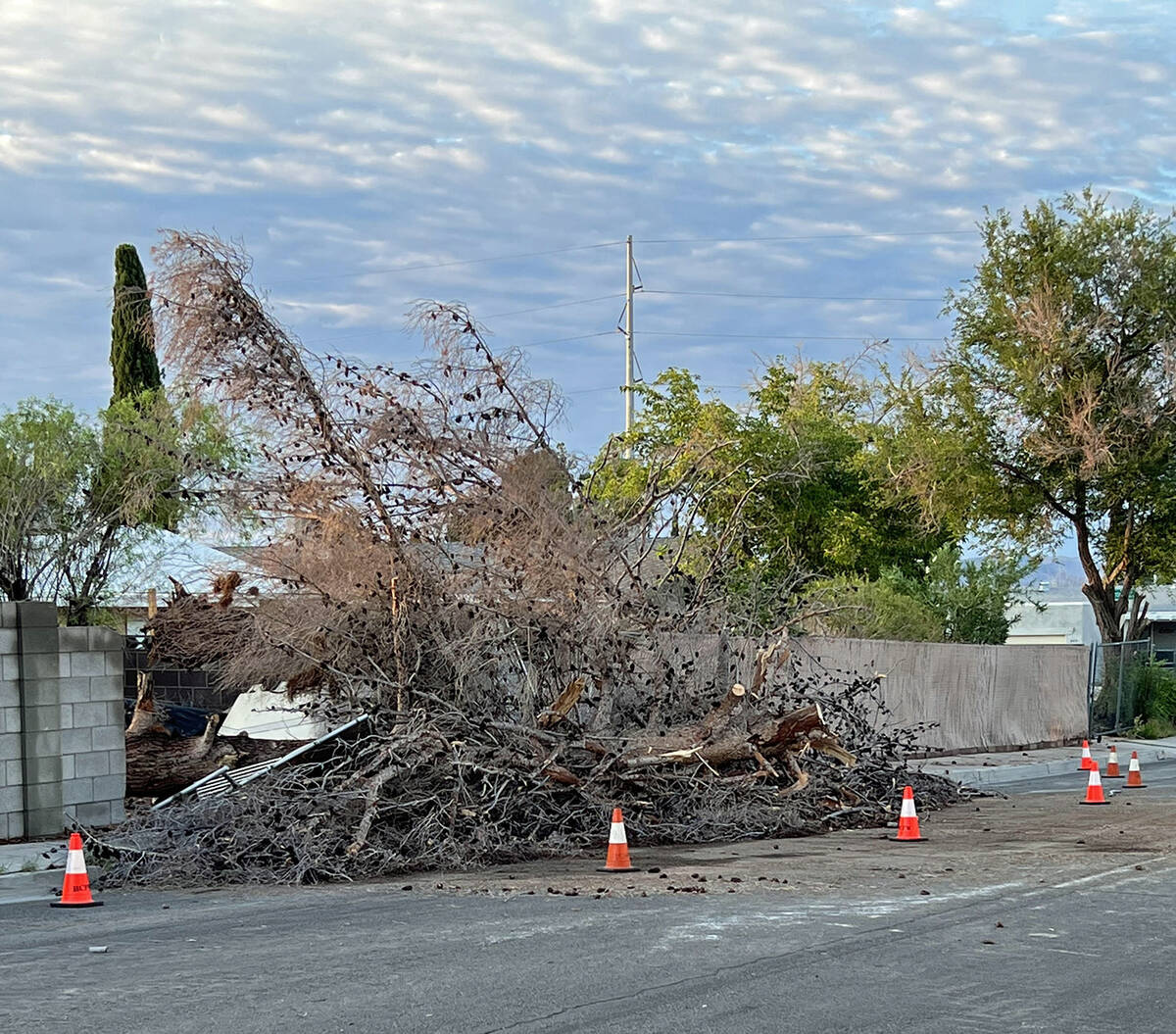 (Photo courtesy Jesus Velasquez) The thunderstorm July 28 brought down this tree and fence onto Cottonwood Street. 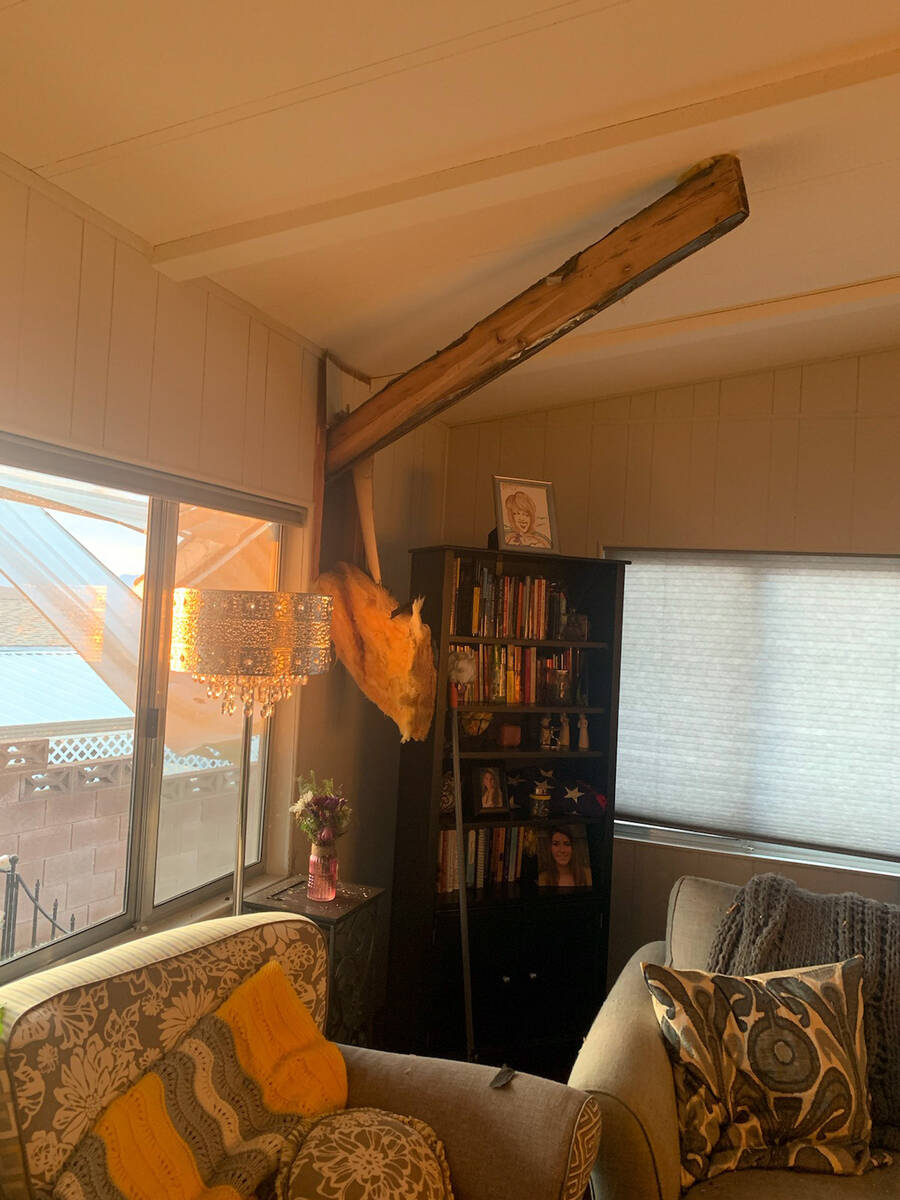 (Photo courtesy Candace Bartsch) The approaching thunderstorm July 28, can be seen hovering over Lake Mead from the scenic overlook near the Bureau of Reclamation building on Nevada Way. 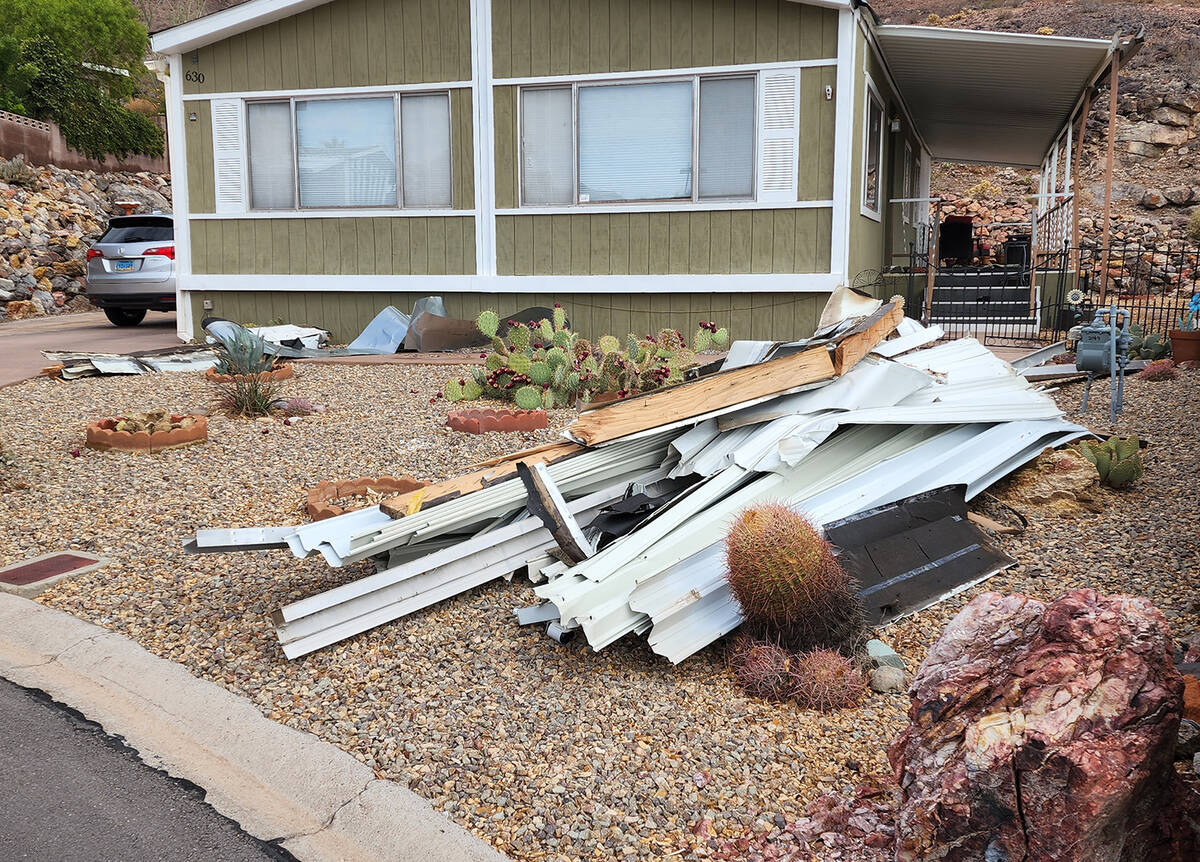 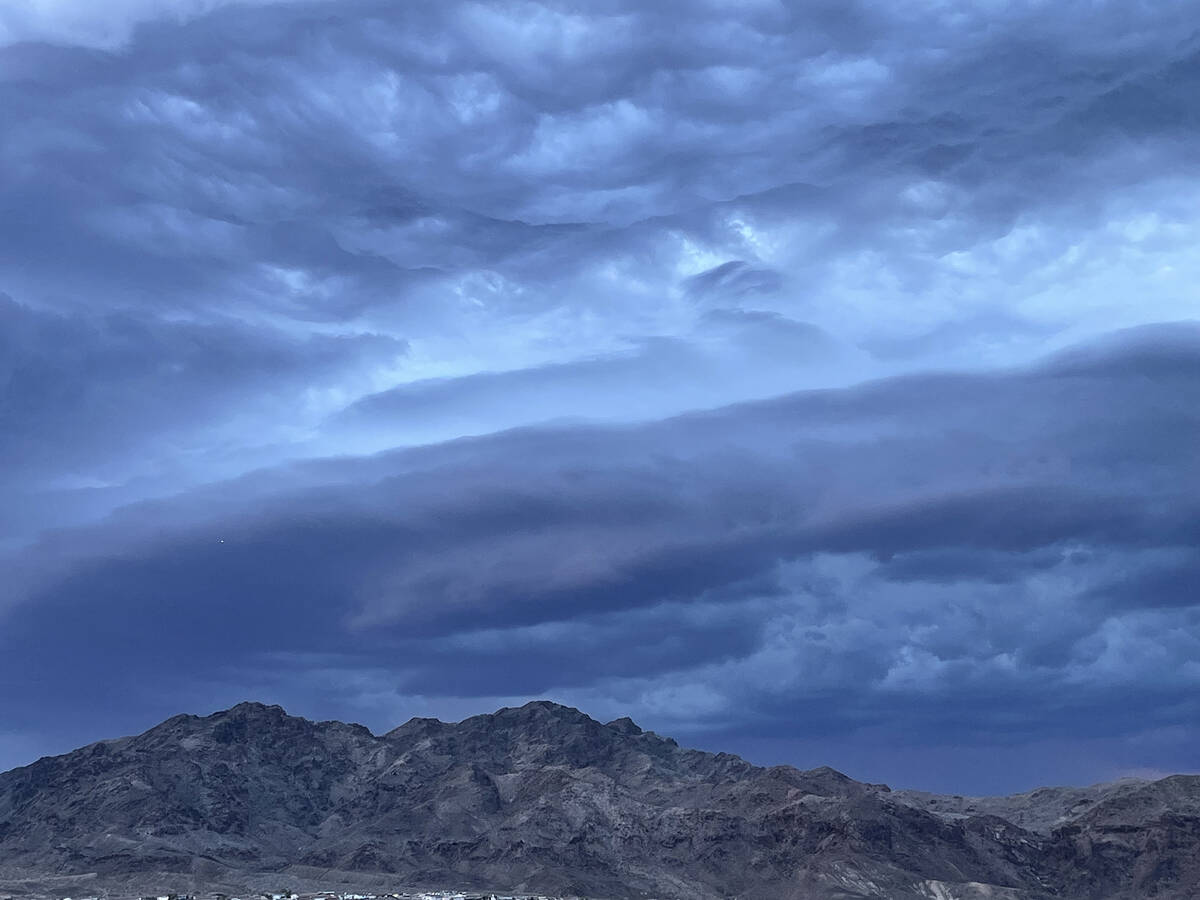 (Photo courtesy Candace Bartsch) Storm clouds can be seen July 28 from the scenic overlook near the Bureau of Reclamation building on Nevada Way.

“Overall, our flood control facilities worked well and will need maintenance to clean out accumulated sediment and debris from these storms. We had a couple of minor roof leaks at some city facilities, but nothing that caused major damage. Our roof replacements over the recent years are paying off,” said Jim Keane, acting public works director and city engineer.

“It’s mostly been significant, major cleanup on streets for us. We do have some erosion on the sides of some streets and around utility vaults and street light bases that need to be filled, as well as some concrete repairs that will take some time to complete,” he added.

There was a clogged drainage ditch on Bristlecone Drive, which caused water runoff and erosion on the Boulder Creek Golf Club, said a course employee. Two holes were temporarily closed with the Desert Hawk course shut down for a day. Everything was back up the following day.

There was also some damage to the River Mountain Trail Loop.

Lake Mountain Estates homeowners association reported several patio covers and carports were destroyed by the storm’s wind. One wooden beam punctured the wall of an adjacent home. When a porch roof was lifted, it also damaged the home’s roof causing water damage to its kitchen.

One of the silver linings from all of the rainfall has been the water levels of Lake Mead. Thanks to the showers, Lake Mead has risen 3 inches. The lake was measured at 1,040.99 feet above sea level at the Hoover Dam on July 31. This was an increase from the measurement done July 26, when the lake was at 1040.75 feet.

According to Southern Nevada Water Authority spokesman Bronson Mack, additional water runoff into the lake added four-tenths of an inch to the lake.