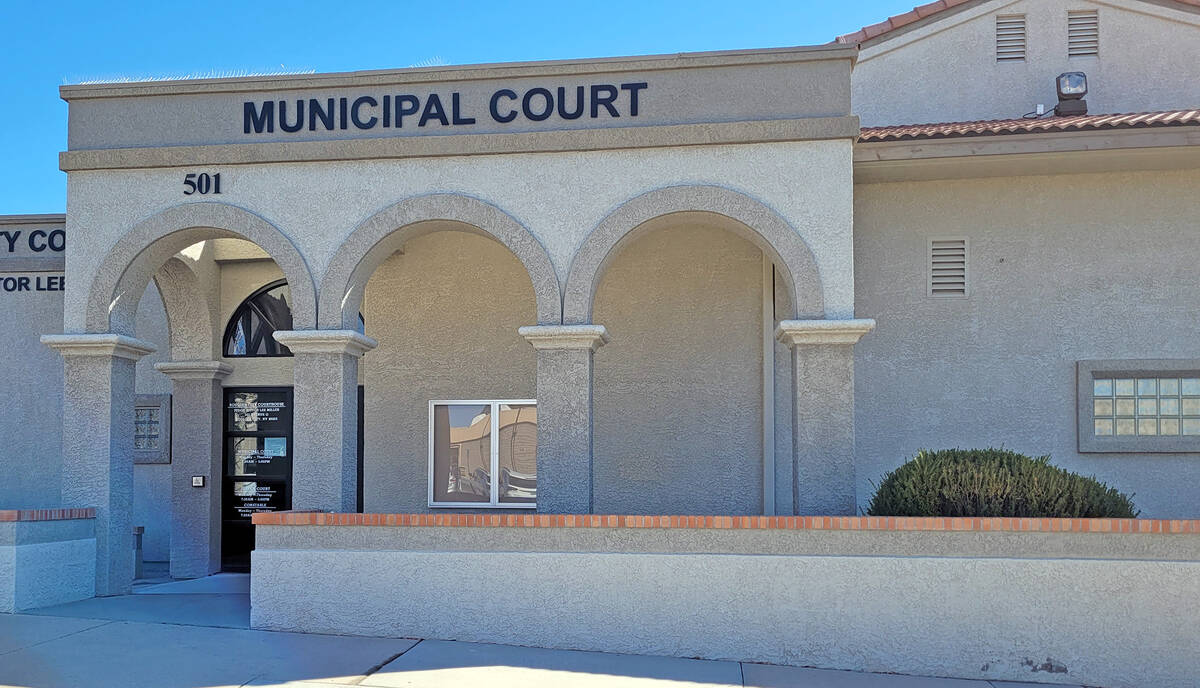 Celia Shortt Goodyear/Boulder City Review Boulder City Municipal Court is turning into a 24/7 operation due to new state mandates. Staff anticipates it will cost $300,000 more a year to accommodate the new requirements. 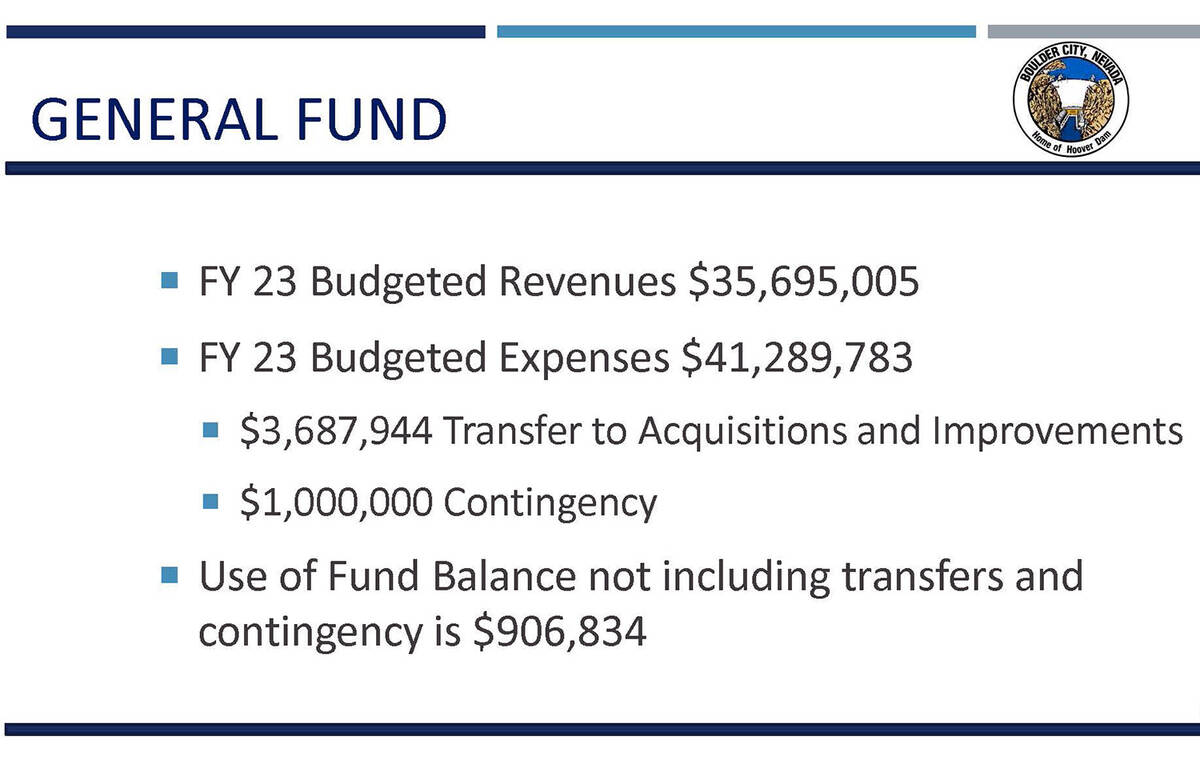 (Boulder City) Staff is proposing a budget for fiscal year 2023 with $35.6 million in revenues and $41.2 million in expenses.

The Boulder City Municipal Court will need to operate seven days a week starting in July because of new state mandates and staff is asking that $300,000 be added to the city’s proposed 2023 fiscal year budget to pay for those changes.

“The Legislature has added at least three new unfunded mandates or requirements for the court,” said Judge Victor Miller.

Of the three new mandates, Miller said Assembly Bill 424 is going to have the most impact. It requires someone who is arrested to have an adversarial pretrial release hearing within 48 hours of the arrest.

“So since we’re a Monday through Thursday operation now, if someone is arrested Thursday night, then by Saturday they have to have a hearing, Friday night by Sunday or on Saturday,” he said. “So it’s made us a 24-hour, seven-day-a-week operation.”

To handle that operation, the court needs more staff to cover the weekends, including making both a part-time clerk and a part-time marshal full time and paying for pro-tem judges to help when Miller isn’t available.

Mayor Kiernan McManus asked how many cases would be affected by this new mandate.

Miller said he and his staff didn’t have a number yet but were working on an estimate.

“The case load isn’t the problem,” he added. “It’s having to be available every weekend.”

Another new mandate is Assembly Bill 116 that changes minor traffic violations from criminal offenses to civil.

He said for everyone who receives a minor traffic violation, the court must send them a letter saying they have to take care of the incident within 90 days.

“If they don’t take care of it within 90 days, there is a judgment entered … and we have to send correspondence to them again notifying them of the judgment,” he said.

Councilwoman Sherri Jorgensen asked if these costs be one-time or ongoing.

“It’s likely going to be ongoing, but we don’t know. … We estimated around $300,000 … but in talking to other courts, they’re amazed we can even do it at that expense,” said Miller.

The third mandate is that municipal court is now required to have jury trials with 12 jurors rather than six for domestic violence cases that request them. Miller said he didn’t think that was going to have a big impact on the city.

The proposed 2023 fiscal year budget has $35.6 million in revenue for the general fund. It includes software upgrades for several departments, increased landscape costs for tree services, re-establishing the garage department to stabilize vehicle maintenance costs, communication needs and the money for the municipal court.

It also includes $41.2 million in expenses.

Councilwoman Claudia Bridges asked for some clarification about why expenses were higher than revenue.

Budget Manager Angela Manninen said approximately $4.6 million of the total expenses was actually a transfer to the acquisitions and improvements fund and $1 million for contingencies.

She said the contingency was a “placeholder” in the general fund in case there is an emergency during the fiscal year. The council can will be then be able “to use it because it’s already budgeted.” If they don’t budget for it and something happens, they have to wait until the next fiscal year to allocate it.

Council did not take any action on the budget as this is the first of several meetings about it.

McManus also directed staff to research three special projects to add. One is for the Boulder City Mounted Unit. He asked for an area adjacent to the Boulder City Horseman’s Association be designated and used to house the mounted unit’s horses and store their equipment. He requested up to $50,000 be set aside for the project.

The second is to provide two areas with at least 100 parking spaces for recreational vehicles. He said they wouldn’t be constructed at the same level as private storage. McManus asked for up to $250,000 for the project.

His last suggested special project was for up to $100,000 for providing internet connections, if they don’t exist, to city-owned buildings that would provide reliable access.

Bridges also asked staff to research how much it would cost to provide security for the community gardens so that only those who have a garden there have access to it and for creating a municipal dog park on city land.

Staff will bring that information, as well as more details about the proposed budget, before City Council at a special meeting at 1 p.m. April 7 in City Hall, 401 California Ave.

Prior to that meeting, staff will lead a budget workshop for residents at 2 p.m. Wednesday, March 16, at City Hall.

Staff will request final approval of the budget at the May 24 regular City Council meeting.

For more information or to provide feedback, residents can contact the finance department at finance@bcnv.org.