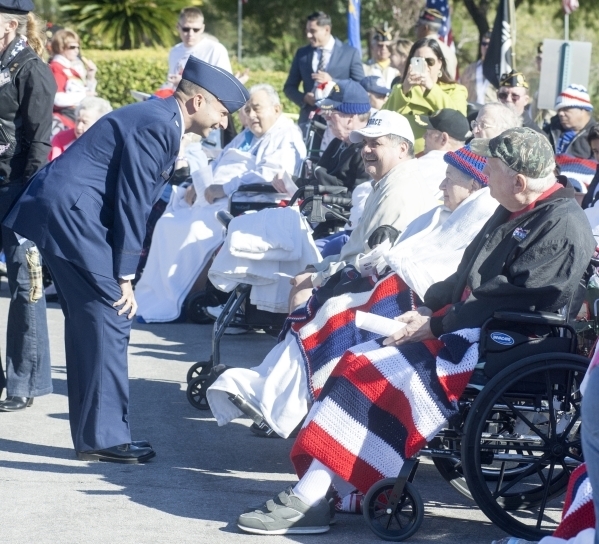 In all, the paper netted one first-place, two second-place and two third-place awards.

Former contributor Andy Saylor won the sole first-place award for the best nonstaff story with his profile of Dr. Larry Smith and his “recipe for success.” Judges said it was a “nice personality profile.”

The judges’ remarks for her headline writing included, “Nice job. All worked; none reached, which is the sin of headline puns.”

Andrascik’s award in the best news photo category came from a photo taken during the Veterans Day celebration at the Nevada State Veterans Home.

“You caught a touching moment,” remarked the judges.

Hubel’s award in the best sports photo category was for a baseball photo. “Great action shot that leaves the audience wondering if the catcher actually stuck the landing, or fell flat on the runner,” wrote the judges.