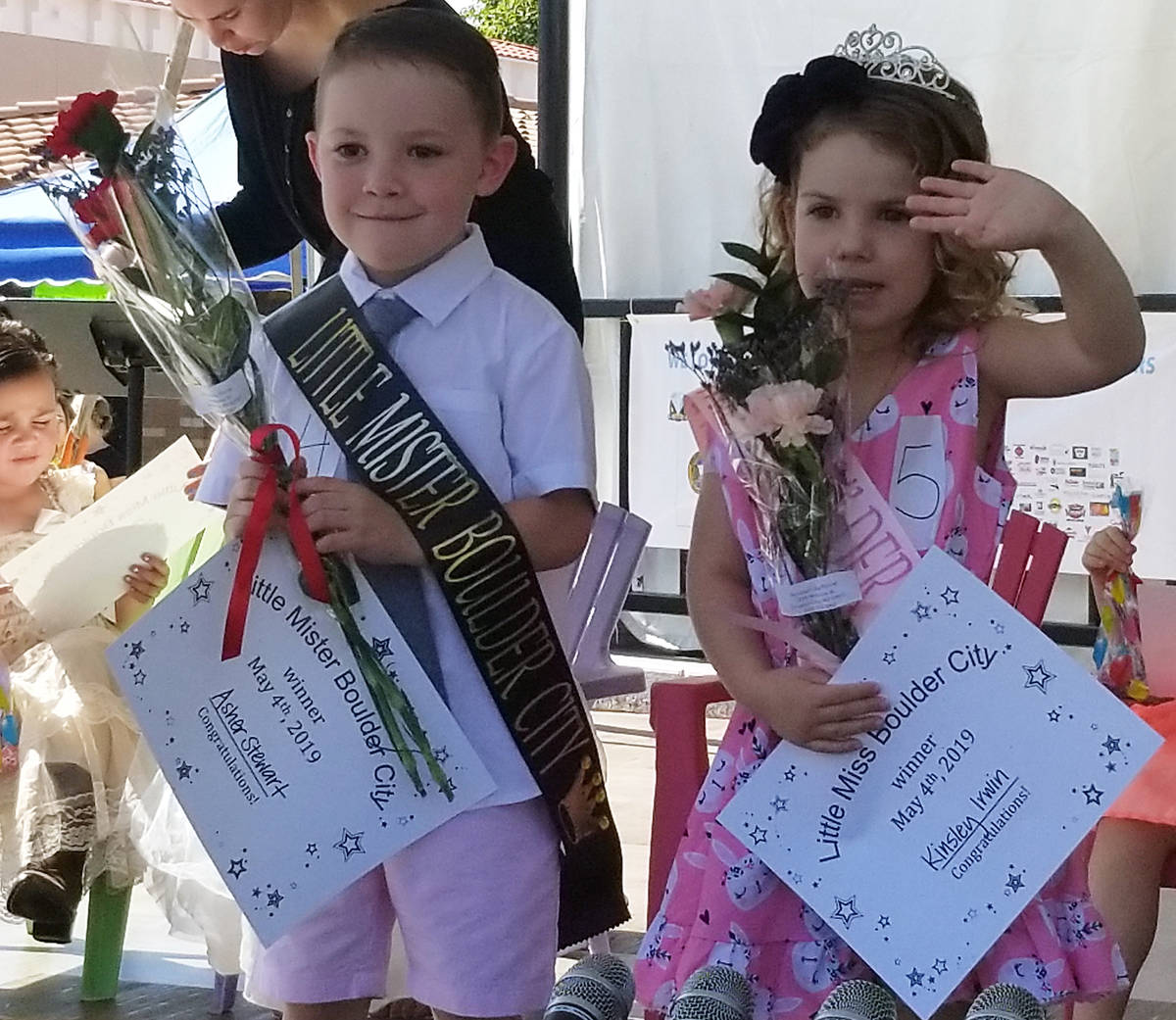 Asher Stewart, left, and Kinsley Irwin were crowned Little Mister and Little Miss Boulder City at the 2019 Spring Jamboree. This year's event has been canceled due to COVID-19.

Boulder City’s long-standing Spring Jamboree event is canceled this year due to COVID-19.

Jill Rowland-Lagan, CEO of the Boulder City Chamber of Commerce, said they decided not to hold it because of Gov. Steve Sisolak’s directive for all nonessential businesses to stay closed and emergency order that limits the size of group gatherings that extends through the end of the month.

Spring Jam is held the first weekend in May. It takes place in four of the city’s downtown parks: Bicentennial, Wilbur Square and North and South Escalante. It features several hundred vendors as well as entertainment, children’s activities and a car show.

It is one of the main fundraisers of the year for the chamber, with part of the proceeds going to the scholarship fund for Boulder City High School.

“This literally just happened; (it’s) too soon to know that,” she said.

Spring Jamboree is in its 42nd year. It started with eight businesses in 1977 and turned into a block party before becoming what Boulder City knows today as the Spring Jamboree. In 2019, there were 275 vendors and about 20,000 people attended the event.