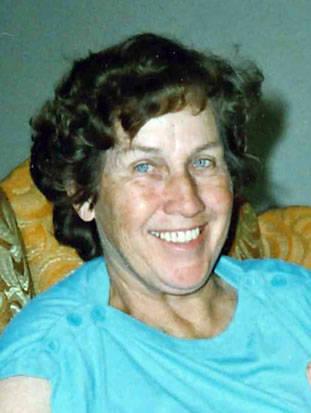 Laura Godbey Kelly Smith, whose family was part of the original 31ers in Boulder City, died Sept. 7 at the age of 90.

In her life, Smith was known throughout Nevada for her love of family and her service to the community.

Clements-Davey said Smith liked to surprise her and their three siblings all of the time and enjoyed helping anyone who needed it.

“I just miss her, period,” she said. “She was always upbeat even when she was sick. She was a service person. She never hesitated to go help.”

Smith’s daughter, Peggy Kelly Durfey, remembers her mom as a hard worker who raised her and her brother, Joe.

“She was a single mom for pretty much all of my childhood,” Durfey said.

Durfey said her parents divorced when she was a year old, and after that she, her brother Joe and Smith moved to Boulder City to live with her grandparents, the Godbeys.

When Smith wasn’t working, one hobby she enjoyed was gardening. Durfey said she was known throughout town for the succulents she nurtured.

Durfey said her mom stopped working in real estate when she was 79 to take care of Joe, who had been paralyzed years before and needed help.

Smith was active politically and served as vice chairwoman and chairwoman of the Clark County Democratic Party. Durfey said Smith was friends with many politicians and attended the inaugural ball for President Jimmy Carter. Also, Smith worked with many of today’s politicians in Nevada, such as Gov. Steve Sisolak and Sen. Catherine Cortez-Masto.

Historian Dennis McBride said that in her life, Smith carried on what Boulder City was built on: community support, community service and helping your neighbors.

“It (Boulder City) wouldn’t be what it is today if those 31ers hadn’t done that,” he said. “She continued that. … Her kids have continued that same tradition of involvement in the community.”

A memorial service for Smith will take place at 11 a.m. Friday, Sept. 20, at St. Andrew Catholic Community, 1399 San Felipe Drive. After the service, there will be a celebration of life gathering in St. Andrew’s social hall.