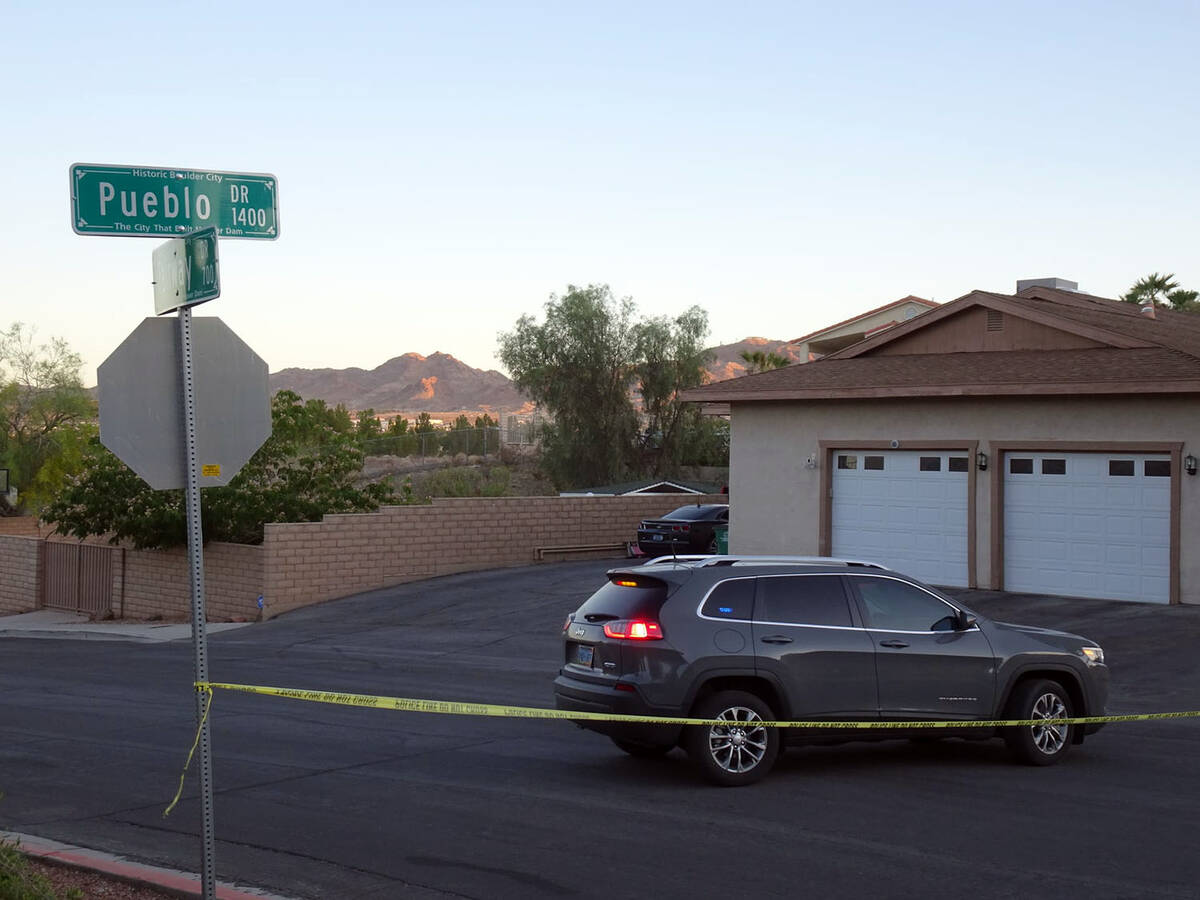 (Eric Lundgaard) The fatal shooting that took place May 31, 2021, on Fairway Drive near Pueblo Drive is still open despite no new evidence and no charges being filed.

The Clark County district attorney has determined “no viable charges can be filed” at this time in the fatal 2021 Memorial Day shooting, according to City Attorney Brittany Walker.

On May 31, 2021, the Boulder City Police were called to a shooting on Fairway Drive near Pueblo Drive. Several hours later Scott Philip Dingman, 40, of Boulder City was pronounced dead of gunshot wounds to the chest and the groin, according to the Clark County coroner’s office. The office also determined Dingman’s manner of death was homicide.

On Tuesday, March 22, Walker wrote in an email to the Boulder City Review that she and the police department had decided to keep the case open for a year after the incident despite no charges being filed.

“This is normal procedure,” she wrote. “Whether cases are considered open or closed depends on the particular circumstances of each case. Due to the nature and circumstances of the incident, this file was not submitted to my office for prosecution, but instead submitted to the Clark County District Attorney’s office for prosecution. The Clark County District Attorney determined that there were no viable charges that could be filed, at this time.”

The Clark County district attorney’s office failed to respond to numerous requests for information about the shooting.

Walker said the additional time was to allow for new evidence to be found.

“Although no new evidence has come to light, due to the nature of the case, the police department and I believe that allowing at least one year from the date of the incident to allow time should any new evidence … come to light is reasonable,” she wrote.

Due to the case still being open, the police department will not release any information about the shooting or any part of the report, including the name of the shooter.

The Boulder City Review requested the report June 3 and it was denied Tuesday, March 22.

A complaint for a gross misdemeanor must be filed within two years of the offense.

For other misdemeanors, a complaint must be filed within one year of the offense.