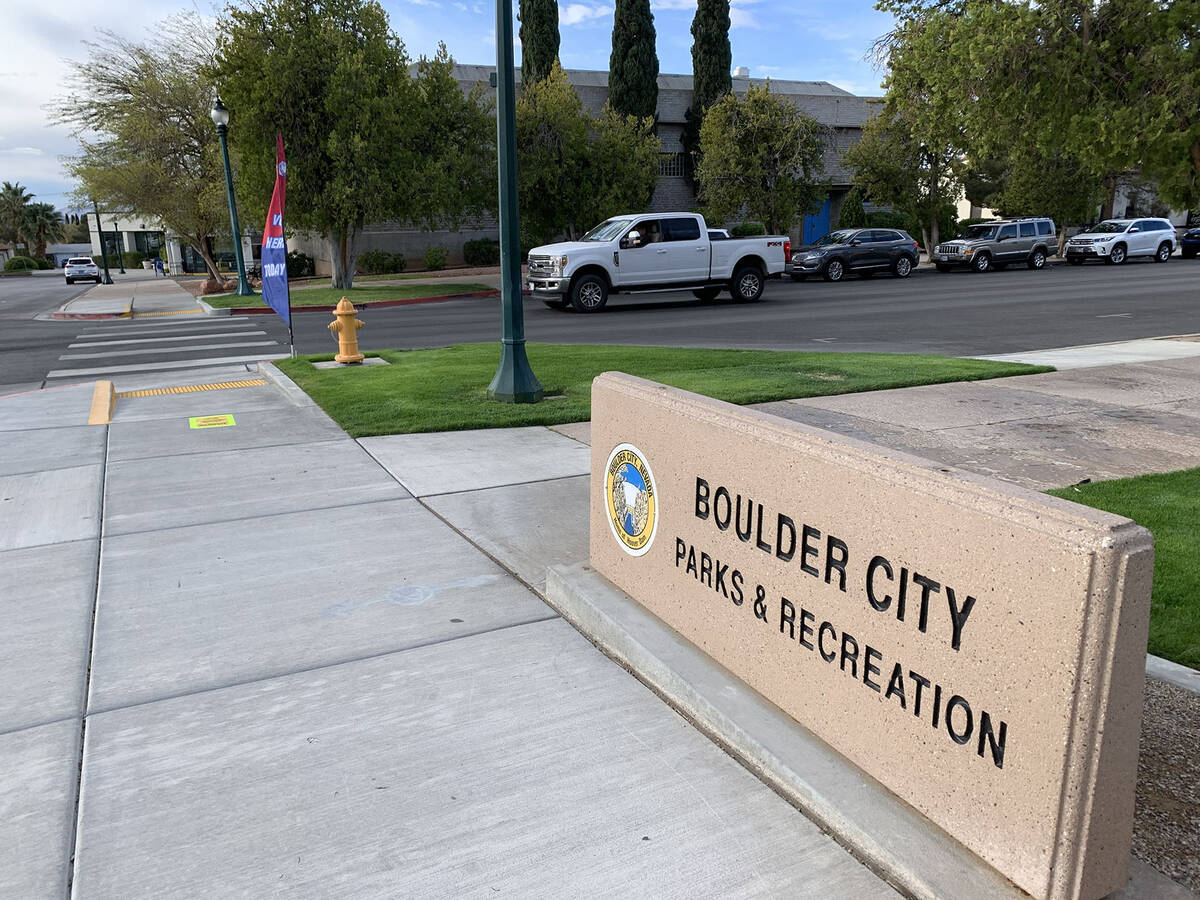 (Hali Bernstein Saylor/Boulder City Review) Early voting began Tuesday and continues through Friday at the Boulder City Parks and Recreation Center, 900 Arizona St. Voters are being asked who will serve as mayor and to choose two City Council members.

According to City Clerk Tami McKay, 334 people cast their ballots at the city’s recreation center. Results from Wednesday’s early voting were not available by press time.

Early voting continues throughout the county through Friday. In Boulder City, the vote center at the recreation center, 900 Arizona St., will be open from 7 a.m. to 6 p.m. today and 8 a.m. to 6 p.m. Friday.

Countywide, 44,884 votes have been cast through Tuesday evening. Early voting began May 28.

In addition to being asked to weigh in on a variety of regional, county, state and national offices, Boulder City residents will be selecting the town’s mayor and filling two seats on the City Council.

Incumbent Mayor Kiernan McManus is seeking re-election and is being challenged by Sen. Joe Hardy. Tanya Vece withdrew from the race May 22. In the council race, incumbent James Howard Adams is seeking to be re-elected. Also running are Cokie Booth, Rose Marie Hess, Valerie McNay and Steve Walton.

On Tuesday, voters can cast their ballots from 7 a.m. to 7 p.m. at the recreation center and King Elementary School, 888 Adams Blvd.